Calling on the Euro-Canadian Movement: Join the PPC and Advance White Identity in Canada 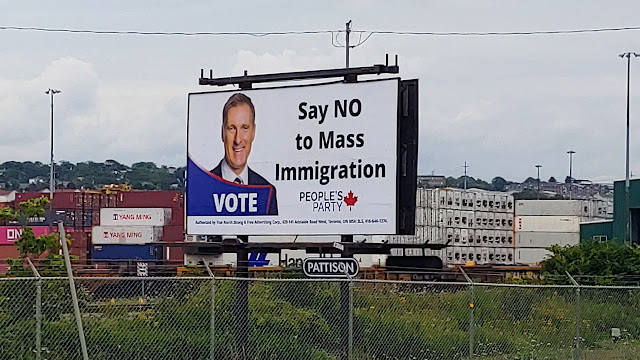 The goal of our movement is to ignite white identity across the country, with the ultimate objective of preserving as much of the remaining European Canada as we can. To achieve this, we have many possible strategies at our disposal, ranging from simple acts like mailing flyers and putting up posters to more complex ones such as organizing small protests. Underground activism is crucially important and must be pursued with unrelenting vigour. Political activism, however, is often overlooked. A right-wing populist-nationalist party, despite not explicitly advocating for the interests of white Canadians, is an excellent avenue for this type of activism. Maxime Bernier’s People’s Party is the single largest collection of angry old stock Canadians in decades. Enraged by hate speech laws, climate alarmism, vaccine mandates, excessive taxation, political correctness, the sale of Canadian land and resources to proxies of the Chinese state, anti-white teaching in public schools and universities, and massive unrelenting non-European immigration, they have gone off the reservation and thrown their support behind the one candidate who dares oppose the political and media establishment.

Bernier has many problems, all of which I will admit freely. His fanatical libertarian religious belief in the free market leads him to endorse policies that are damaging to his own political prospects at present, and even to the country if he gets back into Parliament. His attack on the “milk and dairy cartel”, despite dairy producers making up a significant portion of his own riding of Beauce (Quebec), was incredibly poorly thought out. Deeper than this, an unlimited free market rips apart tight-knit local communities and reduces Man to a mere economic unit. It’s the opposite of conservatism. And then there’s his habit of calling the Left the “real racists” and Trudeau a “fascist”, which reveals either a misunderstanding of the current political situation, or an unwillingness to call our enemies honest descriptive names such as “globalist” or “anti-white”.

Bernier’s outlook has problems, but one of the marks of wisdom is the willingness to work with what you’ve got. We have to be wise. If this were the 80s or 90s, maybe we could afford to waste decades waiting for a politician to come along and say all the things that the Council of European Canadians believes in the exact way we say them. But it’s 2021; our people are on track to become a minority within 10-15 years and the federal government is preparing hate speech laws to target us. Now is the time for serious action, not pointless daydreaming.

Patriotic Canadians are beginning to wake up to a semblance of the reality that we at the CEC have known for years. They realize that Trudeau’s regime isn’t just “goofy” or “too politically correct”; it is seeking to eradicate the Canada we grew up with. Protesters have been chasing Trudeau across the country and crashing his campaign stops. In Bolton, Ontario, 200 protesters forced the prime minister to cancel a rally when his Liberal supporters were outnumbered by the protesters. In another embarrassing turn of events, he ventured into a neighbourhood and was pursued down the street by angry citizens yelling obscenities. In Cambridge, Trudeau was forced by protesters to delay his speech; when it did start, his voice was nearly drowned out by honking horns and yells. 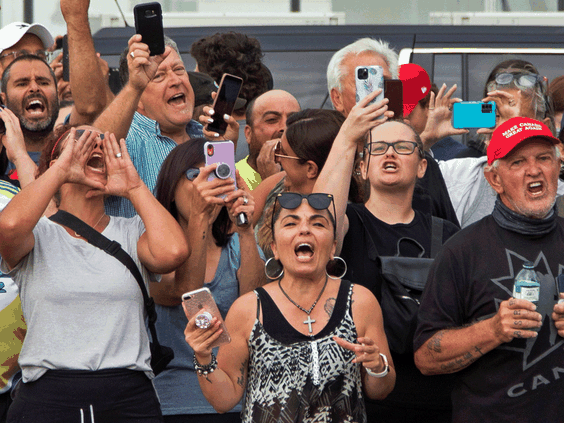 Erin O’Toole denounced the protesters, saying they had gone too far. Bernier, on the other hand, was sympathetic: “Trudeau spent the last six years telling Canadians many of them were racists and white supremacists. And now he can’t understand why some are yelling back obscenities at him?”. Bernier is right. Although the media is right that much of the anti-Trudeau protesting is based on opposition to vaccine mandates and lockdowns, the extent is being exaggerated. There is an obvious undercurrent of general anti-Trudeau sentiment in the conservative countryside, and a significant aspect of it is a vaguely expressed but genuinely felt notion that Trudeau is tearing down our national identity.

We can help crystallize this notion. There is palpable anger in our country right now, but it is only partially formed; the rage of Canadians who can sense that things are going extremely wrong, and that Trudeau has something to do with it. People are beginning to realize that statue removals, the renaming of street and schools, influxes of Muslim refugees, and mass non-European immigration are all part of a program that will lead to the abrogation of who we are as a people. I call on all members of the European Canadian movement to join the People’s Party and inform our fellow citizens about what’s really going on.

The clearest immediate benefit of this to expand the numbers of readers, writers, and donors in our movement. Joining your local People’s Party club or committee will put you in direct contact with freethinking Canadians willing to challenge the orthodoxies of the day. Once informed about the true nature of the mass immigration agenda, how it is reducing white Canadians to a minority in the service of radical leftist ideologues, banks, and massive corporations, most will recognize this as a bad thing that has to be fought. They will be extremely glad to hear about eurocanadian.ca, since freethinkers in this time of mainstream media misinformation are always looking for websites that don’t push a globalist establishment agenda. They will be overjoyed and astonished to hear about dissident academic Ricardo Duchesne and the books that he has written about Canada and the West. Furthermore, to redpill one person is to redpill dozens, through the chain effect of all the family and friends they will pass this information on to. 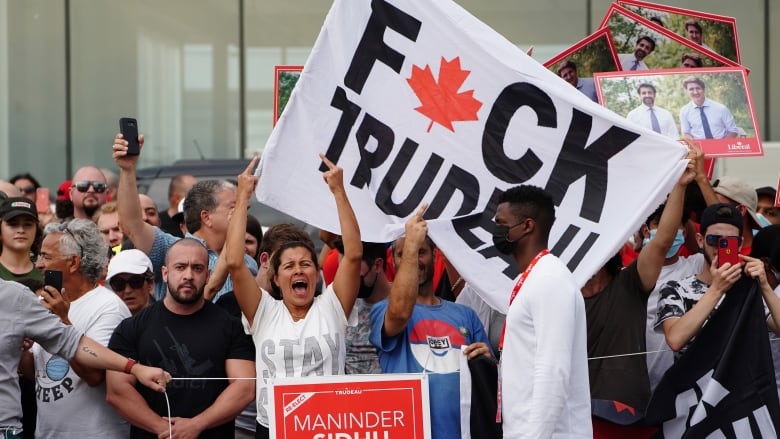 King Trudeau was forced to look upon his subjects

This is not to mention the possibility that we actually end up electing one or two People’s Party candidates (not necessarily Bernier) in rural ridings in this or future elections. If this happens, we may well have a nationalist voice in Parliament. Candidate Chelsea Hillier, PPC candidate for Elgin-Middlesex-London, ran a great ad showing videos of statues being toppled, declaring that Canada is experiencing a “systematic destruction of our cultural identity” and filmed a statement with a Red Ensign on the wall behind her desk. Imagine if we got her, or a similar candidate, into Parliament. The Overton Window would be pushed further as Canadians watch the mainstream media and political leaders viciously denounce the private member’s bills she would introduce to restrict immigration and protect statues.

The People’s Party has the potential to become a nationalist party with candidates in many rural ridings advocating implicit white identity politics in Parliament, with a strong CEC contingent in every local committee continuously redpilling new party members. With any luck, implicit white identity could spread to local politics in small towns, where mayoral candidates could win based on cultural and social conservatism. Of course, this would only be the political strategy of the CEC; our strategies of underground activism currently being pursued anonymously by members in their own communities must remain our strongest focus. To sacrifice the opportunities offered to us by this new political party, however, would be a great misfortune. 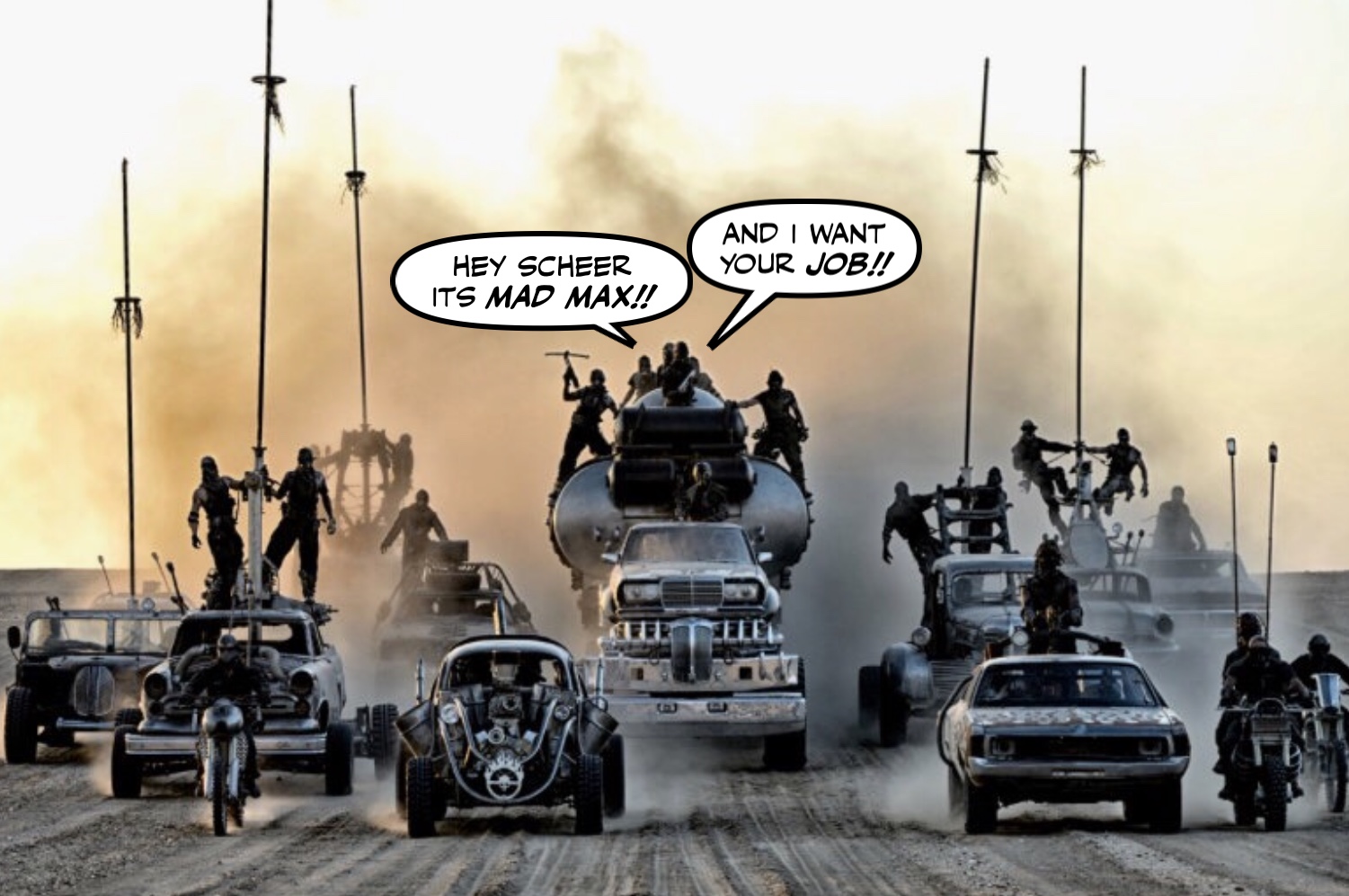 I was recently walking through Richmond, Vancouver, and for block after block I saw nothing but Chinese signs and Asian restaurants and stores. Asian immigrants have entirely replaced the population of this area. A great Greek philosopher once said there is no loss like the loss of one’s homeland. I felt that loss deeply as I walked through this sprawling Chinese colony on Canadian soil. We all feel this loss. If you live in a big city, you might feel it daily. If you live in a small town, you probably feel it when you go to spots you used to love in big cities that have been ethnically, culturally, and linguistically transformed beyond recognition.

The answer to this is not to despair or discard practical strategy, but rather to acknowledge the severity of the situation and fight back. It won’t be a particularly glamorous fight, or even a dramatic one, but through a long slog we can wake Canadians up to the war being waged against their heritage. We can preserve European Canada in large swathes of the rural regions and form local organizations dedicated to the advancement of our culture. We can fight back against “rural immigration programs” and anti-white curriculums in public schools. The fact that the globalist establishment is implementing hate speech legislation and internet censorship show that the fight is not lost. They fear us telling the truth to Canadians. And they should.