The German Engineer Who Defeated Germany 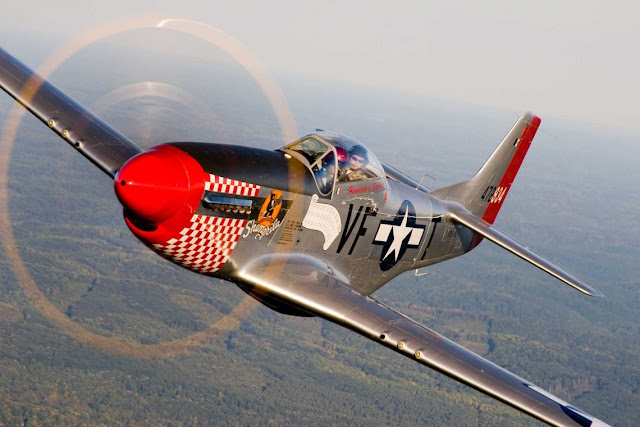 Most people think Germany had the best engineers in WWII and so they’re not surprised at the V2 rocket, Tiger tank and the Me262 jet fighter. But they point out America had the best piston-engine fighter, the North American P-51. Well, no, it turns out that was also a German engineering project.

I’m stretching that description a little, but not as much as you might think. The plane was designed and built by North American Aviation and the President of the company was the noted engineer, James H. (Dutch) Kindelberger. His nickname referred to his descent from German (Deutsch) immigrants from Nothweiler, a tiny municipality in the Südwestpfalz district of Rhineland-Palatinate.

Dutch Kindelberger was born in Wheeling, West Virginia in 1895. After attending high school for only a year, he became a steel mill apprentice. Handling pig iron every day made him think of another profession and he began learning drafting through a correspondence course. Two years later, he was working for the Army Corps of Engineers as a draftsman. He then completed a year at the Carnegie Institute of Technology, and, when America joined WWI in 1917, he enlisted in the US Army Air Service and earned his wings at Park Field near Memphis just as the war ended.

His drafting and aviation skills led to a job at the Glenn L. Martin Company in Cleveland as a designer and then to the Douglas Aircraft Company in 1925. By 1928 had risen to become Vice President of Engineering because of his genius at aircraft design. This became obvious to everyone when he designed the Douglas DC-1 commercial aircraft, the forerunner of the famous DC-3 that became the backbone of the Allied air forces during WWII and civil aviation afterwards.

In 1934, he moved to North American Aviation where he was named president and General Manager. When he started at NAA, the company had orders for one passenger aircraft. Kindelberger managed to get a $1 million order for a military trainer, the North American BT-9. This was later developed, after many changes, into the AT-6 (Advanced Trainer) later called the North American T-6 Texan or the Harvard trainer in Canada and Britain.

This aircraft trained several hundred thousand pilots in 34 different countries over a period of 25 years. A total of 15,495 of the planes were made. Like the DC-3, it was crucial for winning the war. An enthusiast website has this to say about it:

Although not as fast as a fighter, it was easy to maintain and repair, had more manoeuvrability and was easier to handle. A pilot’s aeroplane, it could roll, Immelmann, loop, spin, snap and vertical roll. It was designed to give the best possible training in all types of tactics, from ground strafing to bombardment and aerial dogfighting. It contained such versatile equipment as bomb racks, blind flying instrumentation, gun and standard cameras, fixed and flexible guns, and just about every other device that military pilots had to operate.

Next comes the highlight of Kindelberger’s wartime career. In the summer of 1941, the British Purchasing Commission asked North American to build Curtiss P-40 Warhawk fighters for the Royal Air Force under licence. Kindelberger replied he could create a better design and completed the prototype of the P-51 Mustang 102 days after the contract was signed.

You can read about the P-51 (illustrated above) at Wikipedia. The important feature was that its high performance and very long range allowed it to accompany B-17 bombers on precision daylight bombing raids deep inside Germany. These raids, especially against the petroleum industry, won the war.

So one man, of German extraction, designed the advanced trainer, the main transport aircraft and the best piston-engine fighter aircraft on the Allied side. It’s only a little exaggeration to say he personally defeated NAZI Germany.