Videos of the Day: PhilosophiCat On Traditional Woman’s and Man’s Path to Heroism 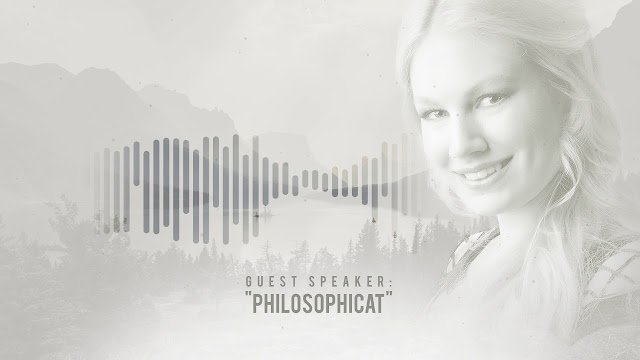 She goes by the name “PhilosophiCat”, a follower of Julius Evola. She has a YT channel with 13.6K subscribers. I have heard only the two videos linked below. She belongs to the Traditionalist wing of the Dissident Right. I don’t think of myself as a Traditionalist if only because I don’t see how we can avoid embracing science in the racial struggle for domination the Chinese are obsessed about, and the inevitable modernizing dynamic that is inherent in the pursuit of science and geopolitical power — even though I know that without traditions a people will have a hard time remaining psychologically sane.

I enjoyed lecturing once about Evola’s Revolt Against the Modern World. I have a hard time rejecting the idea of progress as an essential characteristic of the historical greatness of Europeans. Maybe we can learn from the way Goethe approach progress, speaking well of monarchs in his day who were “always progressive, and sought to domesticate themselves with all the good inventions and institutions of their time”, at the same time that he noted that “the Manly” was “wanting” in the artists of his day, and that “we have a more weakly race, of which we cannot say whether it is so by its origin, or by a more weakly training and diet” (Conversations of Goethe with Johann Peter Eckermann).

In her opening video to her channel, PhilosophiCat says this about her aims for a series she did on Evola:

Our aim with this series is much the same as Evola’s aim in writing the book: we wish to lay down a testimony in order to preserve this ancient wisdom for future generations. We remain connected to the World of Tradition by only the most fragile, frayed thread and it is imperative to preserve as much of it as possible as we move through this dark age of history.

This is PhilosophiCat’s summary of the contents of this video lecture: “In the World of Tradition, there are two paths for a woman to achieve heroism. I talk about Julius Evola’s conceptions of the Aphrodite and Demeter archetypes and the passive heroism of women within the context of these two roles, as well as some of the problems of identifying these archetypes in modern women.”

This is PhilosophiCat’s summary of the contents of this video: “In the World of Tradition, there are two paths for a man to achieve heroism. I talk about Julius Evola’s conceptions of the warrior and ascetic archetypes and how to apply them in the modern age.”