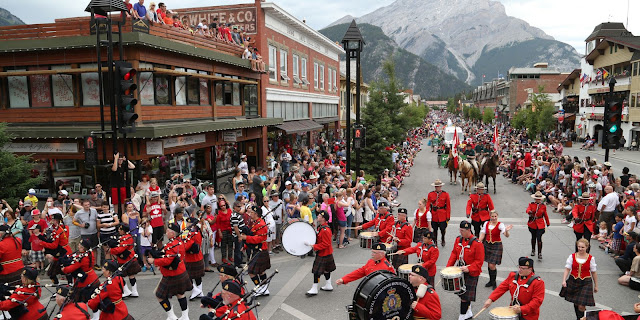 There are strong calls across the country to cancel Canada Day. It’s shocking, even to someone like myself who has been paying attention to the attack on Canadian history and heritage for years, that it has gotten to this point so quickly. Cancelling our national holiday, or more aptly turning it into a festival of shame where Canadians think about historical injustice rather than love of nation, is the natural culmination of the anti-Canadian, anti-white, decolonial ideology spread by the government, the universities, the media, the primary and secondary schools, the corporations, the banks, and even some churches.

Victoria, Port Hardy, Penticton, Durham, Port Hawkesbury, Burnaby, Wilmot Township, St. Albert, Fredericton, Bathurst, Saint John, Cap-Pele, Grand Bay-Westfield, Churchill, and Truro are just some of the towns which have already canceled official Canada Day events. Some have replaced it, suggesting that on July 1st citizens instead reckon with Canada’s historical injustices. Naheed Nenshi has said that fireworks will go ahead but there will be a moment of silence before they start. “Rather than the fireworks being, ‘Woohoo, celebrate,’ we’re starting as a moment of silence, and those fireworks are a way for us to really think about where we go from here while honouring those kids” Nenshi explained.

Some of this sentiment is expressed on a popular social media hashtag: #CancelCanadaDay. Everyone should go check that out and see the vile, poisonous, anti-Canadian rhetoric produced by our opponents. One tweet with 310 likes celebrated a couple of thugs burning a Canadian flag. Another, with 1300 likes, charmingly proclaimed “#FuckCanada”. Another tweet celebrated an occasion when a group of radical leftist militants disrupted a Canada Day event, burning a flag and holding a banner proclaiming “Unsettle Canada”.

This isn’t just about July 1st of this year, even if some advocates of the Cancel Canada Day movement will tell you that it is. This is about every July 1st going forward. I guarantee you that every June from now on, there will be calls to not celebrate Canada Day. Cities will slowly scale down celebrations; some will phase them out for good. Militant anti-Canadian groups like Idle No More and Black Lives Matter will disrupt celebrations or create their own events to ritualistically recite the sins committed by Canada. The mainstream media will host panels where professors, activists, and prominent immigrants discuss whether celebrations are really warranted on July 1st. CBC recently posted an article which featured the opinions of different experts on whether to celebrate Canada Day, but if you read it you will see that they don’t include a single one who actually thinks July 1st should be celebrated. They introduce a bunch of experts who only slightly disagree with each other; some think Canada Day should be cancelled; others think it should remain only so Canadians can ponder all the terrible things we or our ancestors have done.

In fact, this anti-Canada Day sentiment is seeping into the general society. Today I saw on Facebook that a bakery nearby will no longer be selling Canada Day themed cupcakes and instead will be thinking about “reconciliation” on that day. They will be selling orange cookies instead with the proceeds going to charity. The Haters and Losers

In a recent Toronto Star article, Shira Lurie called on Canadians to “Make Canada Day a national day of reckoning. Only nominally a Canadian citizen, Lurie is an academic who is more interested in American history and politics than our own. A University College Fellow in Early American History at the University of Toronto with a PhD in history from the University of Virginia, she often writes articles about American politics. George Grant warned us of the danger of not resisting the cultural and economic influence of the United States in his Lament for a Nation, and clearly one of the results of not heeding his warnings is academics whose chief concern is with America.

Perhaps it is the Americanization of Lurie’s brain that has caused her to include, in a list of groups that Canada has sinned against, “the people of African descent who laboured in bondage and suffered decades of repression”. Involuntary servitude of Africans in Canada was such a miniscule part of Canadian history that only Canadians obsessed with American racial politics would count this as a part of Canadian history worth mentioning at all. She also lists aboriginals, Asian immigrants, and “LGBTQ+” as other groups that we should feel bad about having hurt in the past. When it comes to the present, Lurie claims that the presence of black and aboriginal criminals in Canadian jails and the very reasonable and mild legislation banning Islamic regalia for public servants in Quebec are signs that Canada is a thoroughly racist and anti-Muslim country. Lurie concludes by stating that we should abolish Canada Day and replace it with a day when we feel ashamed that we aren’t a leftist utopia:

Instead of singing the national anthem, let’s pause and reflect on the many lives that the building of the Canadian state has cost. No fireworks. No flags. Let’s make July 1 a day of reckoning. Perhaps then we might create a Canada worthy of our celebration.

This isn’t just one anti-Canadian academic, this is the symbol of a rising tide of anti-Canadian sentiment. But perhaps worse than the overt radicalism of Shira Lurie and the bowing to this radicalism by the many Canadian cities who have cancelled Canada Day celebrations, is the pathetic apathy of many normal Canadians. Chris Selley’s recent National Post column advanced his opinion that “Now is a strange time for ‘rah-rah’ Canadian patriotism”. 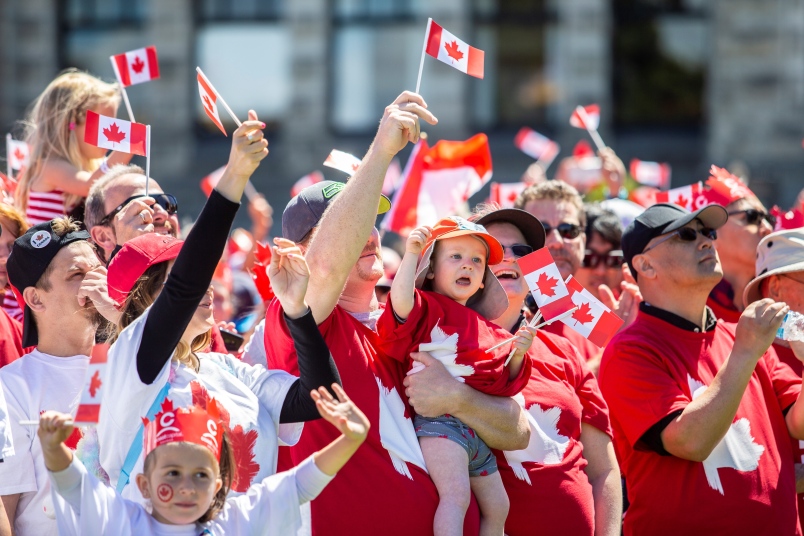 “Patriotism is the admission that people who share a land, a place, and a history have a special obligation to that place and to each other” – David Ehrenfeld

Referring indifferently to our beloved national day of celebration as “a summer stat holiday”, Selley admits that even before the discovery of the residential school graves he wouldn’t have wanted to celebrate because of Canada’s bad handling of the pandemic. He also complains about Toronto’s poor control over civic issues such as anti-lockdown protests. I suppose for Chris Selley, whether he celebrates Canada Day or not is based on how well the government provides services to him. Maybe one July the city hasn’t fixed the pothole outside his house, so he doesn’t celebrate, but then the next year they’ve paved it over, so he gets out the flag and fireworks.

At the end of his article, he says that there “is much to appreciate about being Canadian, albeit little that’s really unique to Canada. Impressive as our suite of rights and freedoms might be, they are nothing less than all human beings should demand from their governments.” And so, in a stroke of a columnist’s pen, the interest and value of a fascinating and unique centuries-old culture is summarily dismissed. Sadly, this is the view of many Canadian columnists and cultural influencers, even so-called conservative ones; uninterested in Canada’s culture, the only interest they show in our country is a concern that the managerial state performs the functions of government in a smooth and calm fashion.

Christopher Lasch aptly describes the complete lack of attachment to place and identity among the cosmopolitan professional classes in his 1994 book Revolt of the Elites:

Patriotism, certainly, does not rank very high in their hierarchy of virtues. ‘Multiculturalism’, on the other hand, suits them to perfection, conjuring up the agreeable image of a global bazaar in which exotic cuisines, exotic styles of dress, exotic music, exotic tribal customs can be savored indiscriminately, with no questions asked and no commitments required. The new elites are at home only in transit, en route to a high-level conference, to the grand opening of a new franchise, to an international film festival, to an undiscovered resort. Theirs is essentially a tourist’s view of the world…(p.6).

Canada finds itself in a situation in which the academic, media and political classes don’t have the deep positive psychic attachment to Canada that the core of the country still retains. Any manifestation of pride in Canada, even one as mild-mannered as Don Cherry’s plea that immigrants wear a poppy on Remembrance Day, is viewed by these classes as an outburst of parochial, outdated, uneducated xenophobia and national particularism. Why would anyone wear a poppy or wave a flag in a global bazaar?

Why should they be ashamed of their country?

I hereby christen July 1st not only as Canada Day, but as EuroCanadian Resistance Day. All patriots who are attached to the true unique culture of our country, which is Anglo-Protestant, French-Catholic, and more broadly European Canadian, are invited to celebrate. Whether you are old stock English or French, a descendant of Ukrainian or Polish prairie settlers, aboriginal, or a more recent immigrant who is nonetheless proud of the True North Strong and Free, you are invited! I’m not proud of Canada because of the benefits I get from it; I’m proud of Canada because it’s my country. Being proud doesn’t mean you’re proud of our government, it means you’re proud of your people. Being proud means you feel love for our homeland; a visceral attachment, a feeling of belonging, and a willingness to fight for it and contribute to it in your everyday life.

I live in the countryside, and there’s a lot of people out here who are poor and working-class. In many ways, some of them might feel let down by the Canadian government or institutions. But they don’t let that translate into a lack of pride in their country. Sometimes I drive by a particular shabby old wooden house that looks like it has seen better days. Their proud display of the Canadian flag on the porch shows a nobility of spirit lacking in our cultural and political elites (whether on the left or right) who seem to feel that they are too sophisticated for patriotism. Throughout my life I have visited a particular valley in the British Columbia interior. The farmers and ranchers are by and large proud to be Canadian and often display the flag year-round, even if by the sweat of the brow they barely get by. Have our moral betters in the media, academia, and government considered that this simple pride reveals a more sophisticated and philosophical sense of love and humanity than their vague cosmopolitan “citizen of the world” ethic?

Our simple pride in our people can be celebrated with a Red Ensign flag or a Maple Leaf (don’t get caught up on this one, I know the Ensign is our real flag, but it can be hard to buy so either works just fine), fireworks, patriotic red clothing, beer, parades, picnics, time spent with family and friends and good deeds done for neighbours in need. Roll into store parking lots with two full-sized flags on your truck, organize a convoy around your town with a few buddies, boat around the lake with a huge flag, sing Oh Canada, and have a good time. Don’t get depressed by the hostile takeover of our country, resist it! This simple joy in place and identity and culture might seem silly to the more intellectual types in the EuroCanadian movement, but it is exactly this type of pride that the globalist elite is trying to crush. It is one of the few things that really threaten them. 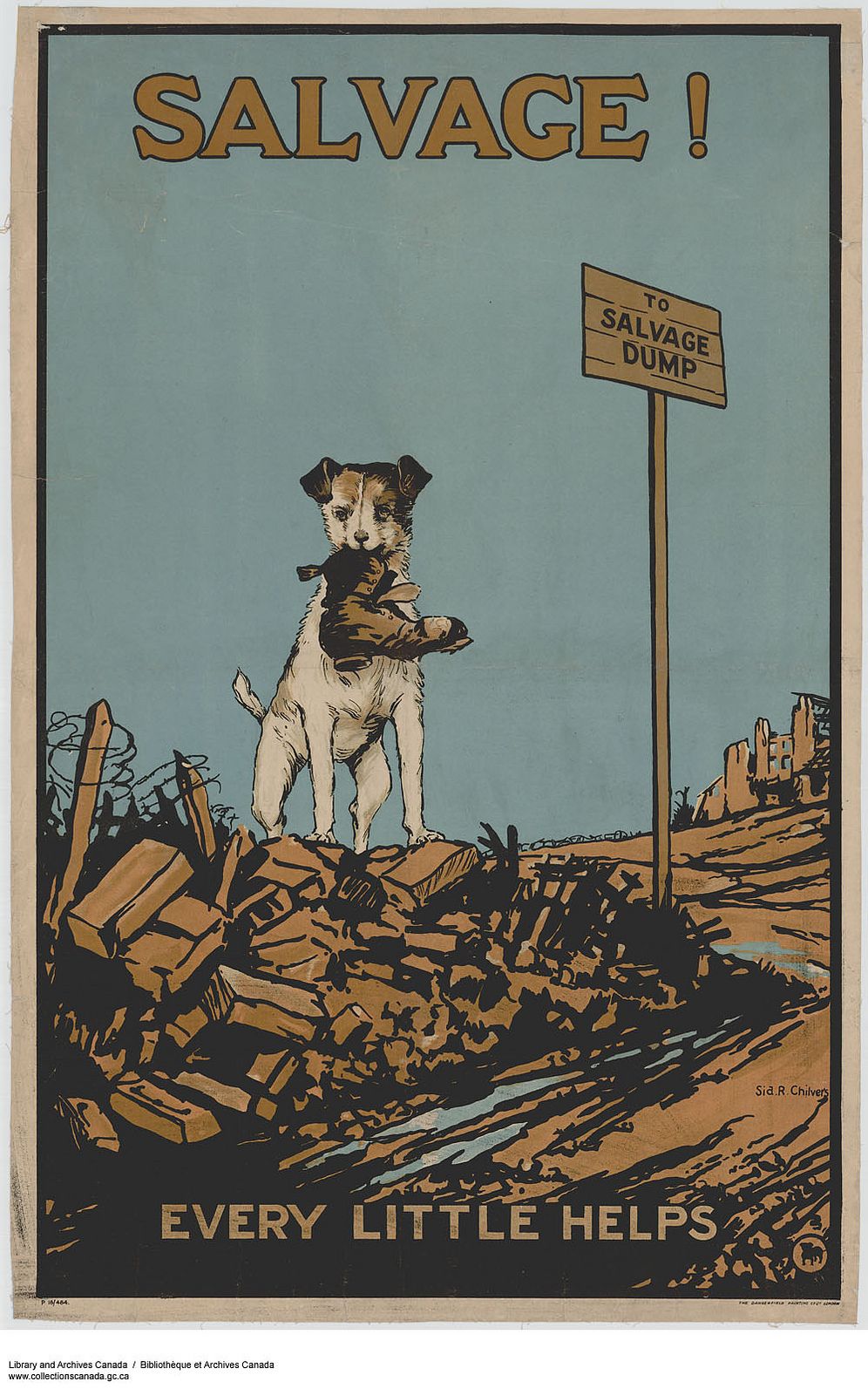 Every little bit helps in the fight to save Canada! Happy EuroCanadian Resistance Day!