Critical Race Theory Is Anti-White: A Response to Conservative Gatekeepers 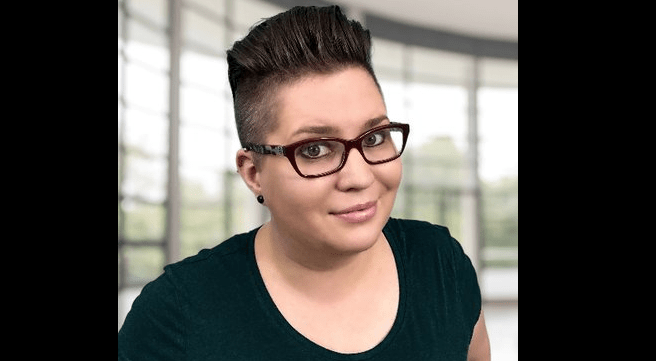 Last week, Democrat-turned-Trumpist-turned-anti-woke activist-commentator, Dr. Karlyn Borysenko kicked the hornet’s nest when she released a video on her YouTube channel wherein she asserted that critical race theory (CRT) is not anti-white. She also stated that CRT should not be framed as ‘anti-white’ in political discourse. These two claims are not synonymous – one is descriptive, and the other is normative – and she skips between them in her address.

In the video, Borysenko offered three points to justify her claims that CRT is not anti-white and that CRT shouldn’t be framed as such because:

To support her first assertion, Borysenko states that CRT is not anti-white, it is anti-whoever-disagrees-with-CRT. What is her evidence? An opinion piece in the Washington Post by a professor of social and cultural analysis at New York University named Cristina Beltrán.

Beltrán, who is also the author of Cruelty as Citizenship: How Migrant Suffering Sustains White Democracy, writes in her op-ed that “we must think in terms of multiracial Whiteness” to understand the presence of people of colour who supported Donald Trump.

multiracial Whiteness’ is an ideology invested in the unequal distribution of land, wealth, power and privilege — a form of hierarchy in which the standing of one section of the population is premised on the debasement of others. Multiracial whiteness reflects an understanding of whiteness as a political color and not simply a racial identity — a discriminatory worldview in which feelings of freedom and belonging are produced through the persecution and dehumanization of others.

This whole article is a screed against whiteness – and yet Borysekno thinks that this is evidence for the claim that CRT is not anti-white…The mind boggles, but I will elaborate where the confusion lies.

Borysenko is making two mistakes: first, she is engaging in a compositional fallacy, and secondly, she is misunderstanding how CRT uses race in its politics.To the fallacy: she is stating that people are wrong to call CRT anti-white because CRT is anti-everyone-who-disagrees-with-it. By saying this, she is trying to argue that calling CRT anti-white is a fallacious attribution of the property of anti-whiteness to the whole of CRT. To support this claim, she offers a list of ways in which CRT condescends to and negatively impacts people of colour. For example, CRT is used to infantilise blacks by excusing black underperformance, and it also hampers Asians via discriminatory university admission standards.

These examples are legitimate, but sadly for Borysenko she is engaging in fallacious reasoning, herself. One cannot say that ‘CRT is anti-everyone-who-disagrees-with-it therefore the property of anti-whiteness doesn’t exist in CRT’. That is far too quick.

If she is denying that CRT has any anti-whiteness in it, then what she is saying is preposterous. This is like saying that the French Revolution wasn’t anti-Catholic since it didn’t solely target Catholics. Or that slavery wasn’t anti-black since it also impoverished Southern whites. Or that the Third Reich wasn’t anti-Jewish because it also dispossessed non-Jews. The collateral damage of an act or program doesn’t negate or minimise the centrality of the primary target.

On the other hand, if she is dismissing the concerns of anti-whiteness, then she’ll need to offer a reason why.

I think it’s clear that she is engaging in the latter, and I’ll explain why after I illustrate her misunderstanding of CRT’s concept of race.

Borysenko, as a supposed critic of CRT, should know that CRT views race as a socio-cultural construct. Though there are biological traits that differ between groups, those are not the only or even the most important thing about one’s racial identity. On CRT’s understanding of race, someone is black, for example, if and only if one is systematically subordinated along some dimension (economic, political, legal, social, etc.), and is ‘marked’ out as a target for this subordination through real or imagined biological features, with darker skin colour being the primary mode of identification. (To define white, one needs only to switch out the language of subordination to language of privilege.)

Nonetheless, this is a standard definition of race utilised by critical race theorists and its fellow travelers in their ameliorative endeavors.

Borysenko, however, is using race in something like the standard sense, and thus not in the CRT sense.

For example, in June 2020 Dr Priyamvada Gopal, an academic at Cambridge University, stated on Twitter ‘White lives don’t matter. As white lives’ and ‘Abolish whiteness’, in response to a banner flown over a Premier League football stadium that read ‘White Lives Matter Burnley’.

In a predictably tepid defense, Gopal stated that her tweets were opposing the concept of whiteness – the societal structure that presumes the superiority of white people – and not attacking white people.

When she had said “White lives don’t matter. As white lives,” she had meant their value should be inherent and not linked to ideologies around race, she said. “Whiteness does not qualify someone to have their life matter; the life matters but not the whiteness.”

For some reason, this was seen as an acceptable defense.

Cambridge came out and offered a defense of free speech on its social media accounts – though it didn’t reference Gopal directly.

Gopal then took the opportunity to chastise Cambridge whining that ‘…instead of a statement on freedom of speech, [Cambridge should be] saying that there is something to be said about a critical look at whiteness.’

Cambridge further prostrated itself by stating that:

[It] is working to address racial inequalities in collaboration with students, academics and professional staff, including the university’s race equality inclusion champions.

We are aware of the magnitude of the problem and are working on improving our support services for staff and students – recognising, investigating and challenging barriers to recruitment, progression and retention of black, Asian and minority ethnic staff and students.

Meanwhile, police started an investigation into the man who flew the banner. The poor guy was summarily fired from his job, and the CEO of the Burnley football team condemned the act as disgusting. Luckily, no charges were laid. And yet white pupils from state schools continued to have the lowest entry rate to higher education from 2007 and 2020.

What this example shows is the motte and bailey in action, and also how the politics of these CRT-types works.

The CRT advocate may say that they’re targeting systematic racism that is perpetrated by whiteness, but they only ever hit people whose ancestors are from Europe.

For example, Ibram X Kendi, an infamous African American anti-racist activist and scholar, has advocated for the discrimination against white people in order to achieve equity. By ‘white people’ Kendi does not mean ‘someone who is systematically privileged along some dimension (economic, political, legal, social, etc.), and is ‘marked’ as a target for this subordination through real or imagined morphological features, with lighter skin colour being the primary mode of identification.’ He means people of European descent. Why? Because he isn’t going to recommend that blacks who happen to fit the CRT definition of white – a la multiracial whiteness – be subject to the penalties inflicted on actual white people.

So, by CRT’s own lights it is anti-white, and even if one uses the standard definition of white CRT is still anti-white.

Now, I’m trying to be charitable to Borysenko here. But she is either unworthy of her PhD by displaying such fallacious reasoning or she is being dishonest. I lean towards the latter. After all, she points out that her primary motivation in this debate – and in politics more generally – is to prevent a so-called ‘white power movement’ from ascending in the US. Hence her other two points against framing CRT as anti-white.

She also states that she’ll never support pro-white legislation. She doesn’t say what pro-white legislation is, however. Would banning CRT be an example of pro-white legislation? She probably wouldn’t think so since CRT is anti-everyone, and she has supported such moves, however the proponents of CRT would, and have, called such politics racist. Perhaps people needn’t ask for the permission from their political enemies in order to engage in politics that protects their interests.

Borysenko also keeps on hammering on the idea that those who profess that CRT is anti-white are ‘giving the woke, the left exactly what they want’, but she never explains who ‘they’ refers to.

She also says that a pro-white/white power movement is exactly what ‘they’ want… whoever ‘they’ is.

This is absurd on its face. If ‘they’ wanted a white power movement to form, then why are ‘they’ working so hard to stamp it down? Where is the pro-white sentiment on the left? Where is the pro-white sentiment in the government or in the corporations? If the left wants a pro-white movement, in order to have an enemy to attack, then why ban pro-white advocates from social media? Why remove them from banks? Why arrest them on trumped up charges? Why remove their books from stores and doxx people?

Borysenko also states that ‘they’ want to have people constantly at each other’s throats. They want to keep people divided and race is a good way to divide people. I do not deny that there are those who wish to sow discord in the service of their ideology and interests, but if that is what is going on, then one is going to have to do some investigation into who is sowing the discord. Nothing is offered by Borysenko on this.

Overall, what Borysenko is saying is flat-out false and, with luck, she’ll be knocked down a few pegs and ignored. An overarching problem, though, is that she isn’t alone. There are numerous counter-productive people, ostensibly on the right, who are gatekeeping.

These gatekeepers provide barriers to actual change by walling off ideas that could prove useful in the culture war.

What has been seen for the last few decades – and what has accelerated in the past 10-15 years – has been the increased hostility towards Western institutions, values, history, and traditions that were founded by people of European descent. And even though white are being told that CRT and other such programs are not about attacking white people, the effects are all too obvious to ignore.

There has been a ratcheting of cultural change that moves ever leftward and as change moves ever leftward more and more rightward ideas, thoughts, beliefs, traditions, and institutions become verboten. The Overton Window shifts, or even lurches. One can see examples of this in attitudes towards divorce, abortion, and marriage, and we can also see this in the politics of gender, race, demographics, immigration, etc. CRT is but one tool in the toolbox, but it is used to help ratchet change leftward.

One answer that could actually work is the one that we’re being told is a no-go: its white people collectively saying ‘no’.