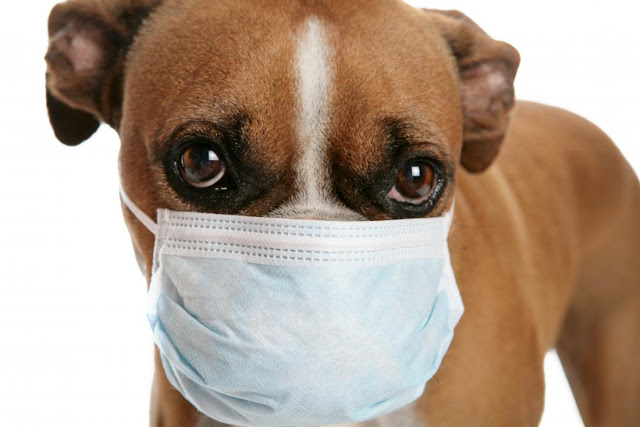 Resigned to a life of submission and obedience, the forlorn eyes of this Canadian dog “Beethoven” (above) convey a feeling of hopelessness that words cannot express. His ancestors came to this land in search of freedom, but their progeny have been tamed and conditioned by a culture of dependency, addicted to comfort, unable to resist abuse, fend for themselves, or question authority.

So I’m told that I will have to be vaccinated.

That’s OK with me. I am by nature a pack animal easily trained to obey the instructions of my pack leader without question. If I balk at anything she commands, she simply states that “The Science Says..” or “You have to listen to the scientists” or “It’s for your protection”. Then I instantly roll over. After all, I am Canadian. I was house broken years ago. Obedience uber alles! No shirt, no shoes, no mask, no kibble—no problem!

The trouble is—and this is a common complaint among dogs—my Protector “Bonnie”, like her cousins “Fauci” and “Tam”, flip flops. She gives me contradictory advice. Masks don’t work. Then “Wear a Mask”. Then “One mask doesn’t work, wear two masks, or three would be even better.” Stay off the bed. Then jump and snuggle with me. Then “get off the bed you bad boy!” I seldom know where I stand. Or where or when to sit. It’s same kind of uncertainty that humans in totalitarian states live with, where laws can be swept aside or capriciously suspended or selectively enforced.

When she thought that I might have kennel cough, she locked me up in the house for months, without social contact. I went into a deep depression. I am a social animal, what would you expect? When I pointed out that dogs in other neighbourhoods who were not locked down were not afflicted by kennel cough, she stood pat.She stubbornly ignored the evidence—or dismissed it as fake or misleading. So I stayed behind locked doors interminably. When I was briefly taken out to pee, I had to maintain a social distance of 6 feet, a requirement that was subsequently disavowed by the same people who prescribed it. I didn’t how much longer I could take this protocol. And I began to wonder if there was another agenda in play.

I growled with frustration, and then I started to bark. She quickly admonished me, then repeated her mantra.“Be kind. Be calm. Be safe. “ Her very demeanour was designed to pacify me.

“Don’t worry”, she assured me, “the vaccine will be out soon, and when you get jabbed, you will be able run around without a mask and play with other dogs, even eat with them. I promise”.

But now that we are finally being vaccinated, she tells me that I should keep wearing a mask! And echoing her cousin Fauci, she suggested that wearing a mask may become standard fare. The next thing you know, she is going to tell me that I must wear that damn plastic cone (the one I wore for a month to stop me from licking my stitches)—for the rest of my life. Mark my words, dogs will soon have to carry proof of vaccination before entering any park. That would be unconstitutional, but that hasn’t stopped them so far.

I am given to wonder if there is red line beyond which Canadian dogs will not pass. How far can they push us before we push back? At what point will we rise up, stand on our hind legs and howl “No more!”When I reflect on this state of affairs, I think about the sacrifices that my ancestors made to leave their homes overseas, settle this land, fertilize it, and go to war to preserve their liberty—and pass it along to me and future generations.

My great grandparents feared that their species would make a Faustian bargain, the bargain that Canadian dogs have made. They would trade their liberty for security. They would be seduced by humans who would entice them with the promise of a welfare state. A nanny state where they would be taken care of. Where they would be ‘safe’, and ‘protected’. They would be persuaded to give up their right to make free choices in exchange for a warm bed and a guaranteed plate of food every day for the rest of their lives. And if that weren’t incentive enough, they wouldn’t even have to think for themselves. Why would they want to anyway? Their masters have their best interests at heart. Right?To think that I went along with this con game without resistance. To think that I allowed myself to be sucked in by soothing socialist rhetoric. To think that I placed my unreserved trust in my superiors. To think that I meekly submitted to the administration of a vaccine that is still experimental. It is a good thing that I was neutered because if I had sired kids, I wouldn’t be able to look them in the eye right now. How could I tell them that I had left them with a legacy of slavery? Now I must live with my shame. And like all cowards, I will die a thousand deaths. When I see myself in the mirror, I see a stranger. An interloper. I bark at him but he won’t leave the room unless I do too. No one is intimidated by cowards.

I now realize that my older sibling “Al”, the second in the litter, was right all along. He told me long ago that dogs are just “wolves with a guilty conscience.” A shadow of their former selves. In Canada many of them even feel guilty about marking territory, or defending it against illegal border crossers. Some think that their land was stolen in the first place, and jump at a chance to profusely apologize for it. They feel no allegiance to the nation that nurtured them, or gratitude toward those who built it. And they even welcome the packs who would displace them. How pathological is that?

I hate to admit it, but Canadian dogs are pussies.