The Camp Of The Saints Is Upon Us 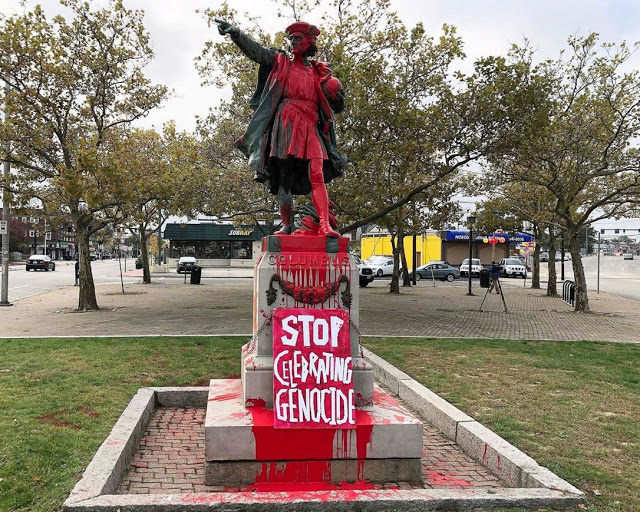 The national disintegration of France is progressing precisely as Jean Raspail predicted in his novel. Those who see the disintegration and urge its halt are the ones punished exactly as in the novel.

The situation in the United States is far more serious than in France. In the United States the authorities have brainwashed themselves with their belief in “American exceptionalism.” Consequently, warnings are not even acknowledged. I have been pointing out the ongoing American collapse for years, and it has never produced a debate.It is too late for France and the US. If you read The Camp of the Saints, you will be brought face to face with your own fate. The Democrats, the media, the woke “intellectuals,” the universities, and the public schools are hard at work preparing our doom. The United States are now the Disunited States. The blue states believe in white guilt, critical race theory, systemic racism, identity politics, and that all products of Western civilization, even mathematics, are symbols and devices of white supremacy. The red states do not have an understanding of the ideological assault that has been mounted against them. Their president was removed from office in a stolen election that was in every sense a coup, and the Red States accepted the removal of their president. The red states still believe in America even though America has ceased to exist.

White people in general have been infused with a sense of guilt and are weakened in their own defense by self-doubt. Their monuments are removed, their history rewritten, their art and music denounced as racist, and their children turned against them in public schools and universities.

If you require more evidence of American collapse and the generalized collapse of Western civilization, read the last three chapters of Andrei Martyanov’s book, Disintegration: The Coming American Collapse. Actually, the collapse has already arrived. We just haven’t yet recognized it.

Martyanov and I have reached the same conclusion:

The American belief system as it exists today is incapable of accepting empirical evidence, because evidence destroys American exceptionalism’s extreme confirmation bias and most modern American intellectuals on both the nominal left and the nominal right cannot deal with it.

US policymakers base their actions in emotions, not in rational thought. No sophistication of any kind any longer can be found in Washington’s foreign policy which rests on barbaric immaturity. Martyanov gives the example of Brookings Institution senior fellow Benjamin Wittes, who professes to be a martial artist like Putin and challenges Putin to a fight “in single combat in a location where he can’t have me arrested.” Wittes writes that former US ambassador to Russia Michael McFaul, State Department policy planning chief Anne-Marie Slaughter, and big name US presstitutes agree that “Putin needs to man up” and meet Wittes in a fight.

This infantile challenge epitomizes the violent character of US “diplomacy.”

The Disunited States are a multicultural calamity. While white liberals create an anti-white system of caste privileges, Washington pursues conflict with Russia, China, and Iran. Are demonized white Americans going to fight for a country that is abusing them and turning them into second class citizens? As Judge Robert Bork warned 25 years ago,

American culture is Eurocentric, and it must remain Eurocentric or collapse into meaninglessness. Standards of European and American origins are the only possible standards that can hold our society together and keep us a competent nation. If the legitimacy of Eurocentric standards is denied, there is nothing else. . . . We are, then, entering a period of tribal hostilities. Some of what we may expect includes a rise in interethnic violence, a slowing of economic productivity, a vulgarization of scholarship (which is already well under way.)

American students are not enculturated into their civilization and neither are Europeans. In place of education there is anti-white indoctrination. University reading lists consist of compilations of rants by ideologues describing the horrors of slavery, which is said to be unique to Western civilization. National consciousness is being stamped out along with scholarly and artistic standards. As Bork warned, the destruction of Western legitimacy means only interethnic violence remains. In Raspail’s novel, the guilt-ridden French never reach this conclusion and experience genocide. It remains unclear whether insouciant white Americans will understand before it is too late for them.