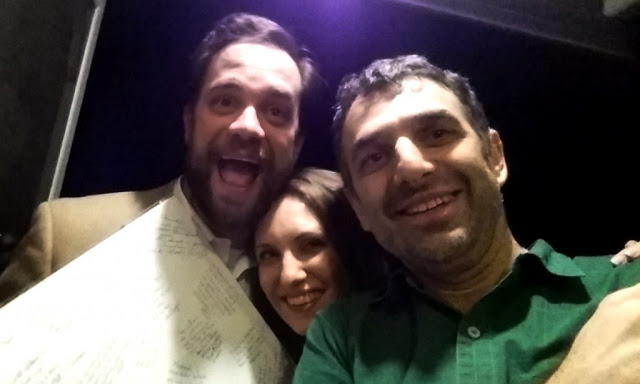 Johnstone on the right, with his best friend (mouth wide open) on the left: Johnstone claims he has a moral right to transform New Westminster from a “white supremacist” city into an “inclusive” Asian city.

Editor’s Note: What follows is an exchange between Dan Murray from Immigration Watch Canada and New Westminster Councillor Patrick Johnstone. Nothing stands out about Johnstone. He complies with every single politically correct cliché of our times promoted by the big banks, Hollywood pervs, and faceless bureaucrats. It is this generic quality about Johnstone, his sameness, lack of individuality and manly honor, that makes him relevant — he is a prototype of hundreds of politicians in Canada who are selling out their people while opportunistically collecting perks, income, and “moral validation” from other generic characters.

Here is the chronology of the exchange  between Mr. Murray and Johnstone:

Part 1: New Westminster Councilor Patrick Johnstone responds to Immigration Watch’s Bulletin re the Apology for the Komagata Maru. [Johnstone published this reply, and it is now part of the public record]

Thank you for writing to New Westminster Council. As the Councillor who moved the motion requesting the City draft a formal apology, I guess it is on me to correct a few misconceptions you seem to have about the motion.

To start off, no-one “demanded that New Westminster City Council Apologize to them for the Komagata Maru Incident”, from the Sikh community or any other community.

Indeed, a year ago members of the New Westminster community asked Council to consider a memorialization of the Komagata Maru event somewhere in the City. The City has several similar memorializations of historic events scattered about, including a bust of Simon Fraser memorializing his European discovery of the estuary to memorialization of a prominent Labour actions on the waterfront, marking the Great Fire of 1898, the lives of those imprisoned in Woodlands, or the location of the historic Chinatown. We tasked our Museum and Archives staff to research of there was a local connection to the Komagata Maru incident that warranted such a memorialization. We anticipated, I suppose, that members of the South Asian community living in Queensborough at the time may have taken an active role in support of the passengers.

What we found was clear evidence in the written record that the New Westminster City Council in 1914 took a very active role in the incident. Far from being passive observers or advocates for reduced immigration (this was a time when immigration to the City from European countries was booming), our Council took action to assure, not that immigration laws were adhered to, but to “call on the Federal authorities at Ottawa to… if necessary, enact new laws, to effectively deal with the total exclusion of Asiatics from this country”. It was further suggested by our elected officials at the time that “all the ingenuity and courage of the Government would be exercised to keep out Orientals”. It is clear from the correspondence that this was a multi-partisan effort fueled by narrow economic interests supported by notions of white supremacy.

I do want you to note that these actions by our local Council were occurring in a community where there were already significant South Asian and East Asian populations. People from the Indian Colony, China, and Japan were working on the farms in Queensborough, in the lumber mills along our waterfront, and in commercial enterprises on Columbia Street. They were building our community and raising their families, and were as Canadian as the people serving on City Council, even if they did not enjoy the same rights. Many of their descendants still live in New Westminster and Queensborough.

Hearing these narratives, and in light of the vision for the City outlined in our current Official Community Plan and this Council’s Strategic Plan for the term, which include creating “a welcoming, inclusive, and accepting community that promotes a deep understanding and respect for all cultures”, I recognized that the actions of the previous Council was exclusive and harmful to a voiceless portion of the community. There are many people whose actions I cannot take responsibility for, including the persons of varying faiths on the Komagata Maru, the Government of Canada that created racist immigration policies, or others who may have exploited the situation for personal or political gain at the time. I can, however, speak to the residents of my community with humility and respect, and recognize actions taken by the legislative body I now represent were specifically and intentionally harmful to residents of this community, and may make them feel less welcome in their home. It is for that – the actions of New Westminster Council that knowingly harmed the residents of New Westminster – for which I asked Council to issue a formal apology. I am happy that my Council colleagues unanimously agreed.

Reading your letter, you clearly have strong feelings about a number of issues involving the Sikh community. I hope you can approach these concerns with an open heart and good will towards your fellow Canadians. As an Atheist myself, I sometimes fall into the trap of characterizing an entire faith community through a lens that filters out their individuality or even their humanity. I try hard to see past my filter and recognize people as individuals, and put aside that broad brush. That, to me, is an ideal we should strive for not as Canadians, but as citizens of the world.

With the same respect, I hope you are safe and comfortable during the Pandemic.

Re your e-mail of March 8, 2021: Try informing yourself more about what was happening on B.C.’s immigration front in the mid-to late 1800’s and the early 1900’s. The people of Canada had formed a country in 1867. The people of B.C. were on the front lines of a virtual invasion. British Columbians had a vision for the future and they were seeking to protect themselves. Contrary to what you seem to think, the citizens of sovereign countries such as Canada have not only a right, but a duty to defend themselves and their families.

You like to say that Asian “families” were negatively affected by the immigration measures that the province of B.C. and later the government of Canada enacted to deal with the inflow of Asians. Consider that most of these immigrants were largely unnecessary, but were tolerated in small numbers. That is a key point. B.C. accepted small numbers. However, large numbers of them were a completely different matter. The difference then is the difference now. In other words, sane Canadians did not want mass immigration then. They do not want it now.

Many families of European background were legitimately concerned that they were in danger of being economically and culturally overwhelmed by Asian immigration. They were particularly incensed by low-wage Asian labourers who competed with Canadians of a European background for limited employment. Note that Canadians of First Nations background felt the same way. All were also concerned about being outnumbered by two bottomless pits of humanity (China and India–which were not exactly representative of the heights of world civilization). In fact, both were well on their way to creating the two largest environmental cesspools on the planet. If Canadians of European origin had not stood up and defended Canada, the immigration-driven mess (economic, cultural and environmental) that Canada has currently descended into would have started in the early 1900’s. Worse, it would have had about 100 years to fester.

As former UNB Sociology Professor Ricardo Duchesne has pointed out, Canada is the only country in human history that has ever permitted such a national disaster (its virtual annihilation) to begin and evolve. Duchesne is not alone in his assessment. Survey after survey has shown that within the next 30 years or so, unless suicidal immigration is stopped, Canada’s European-based population will become a minority. What sane country would allow itself to be overwhelmed, particularly by the likes of China and India? China’s CCP, in particular, has sinister intentions for whatever country they enter. Undoubtedly, it has landed Chinese to infiltrate and undermine Canada’s institutions to the highest level.

The CCP is almost universally despised. It is no exaggeration to say that both Chinese and East Indians are colonizing Canada. They definitely see themselves as colonizers and they boast of doing it. You have serious delusions if you think that crawling on your hands and knees to them will win you respect from them. The next time you are down on all fours, pause for a minute from your degradation. Then take a good look at the faces of the people you are groveling to. They laugh at you and have contempt for you. They consider you to be a classical “useful idiot” and a coward. The fate of quislings like you is that you are despised by both the people you betray and the people on whom you perform your degradation.

Here are five specifics on what Asian immigration was doing to Canada and why it provoked a large amount of animosity in the late 1800’s and early 1900’s :

4. The following link provides information about Sikh immigration, particularly about the Komagata Maru incident : The Komagata Maru was a battering ram that was intended to smash though Canada’s immigration door. It is similar to the virtual open-door immigration policy that Quisling Trudeau has agreed on with the Sikhs: https://immigrationwatchcanada.org/2008/05/22/the-voyage-of-the-komagata-maru-a-review-and-a-short-summary/

Part 3. Councillor Patrick Johnstone responds (March 19) to Dan Murray. [You can “Ask Pat” about this reply] 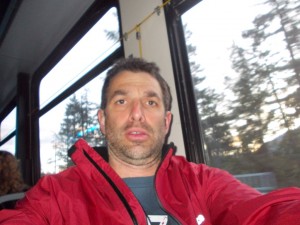 I’m not sure this correspondence has a point. You have clearly not bothered to read what I wrote, but have asserted your own prejudices and assumptions into my comments. I would retort to your suggestion that you yourself would benefit from a fuller education about the “heights of civilization” that existed in that period when brutal colonization by Europeans was literally murdering millions of non-European persons on 5 continents that were not Europe.

Alas, I tried to extend to you a respectful outline of my perspective, you have retorted with vitriol and hate. I am sorry for whatever trauma led you to be filled with such inhuman distain for people who don’t look like you. But I ask that you take that up with a therapist, and not bother me any longer with your personal problems.