How Germany Tried to End WWII 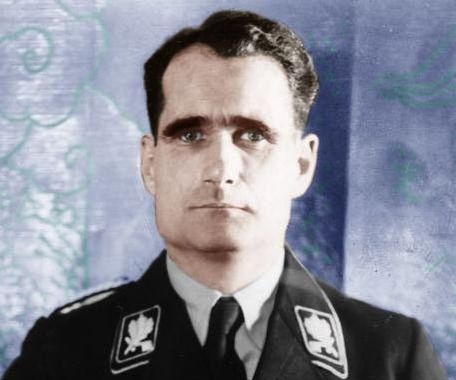 We all know the official story of how the Deputy Führer of Germany, Rudolf Hess, in a fit of madness, flew to Scotland on May 10, 1941 in a personal attempt to end the war with Britain. He was taken prisoner, convicted of “crimes against peace,” and served a life sentence until his suicide in 1987. It was a tidy if slightly odd twist to world history.

If you’ve read our article on how that war started, you’ll realize the official story, like much of WWII history, is pure propaganda. Hess was not on a personal mission, he had the full authority of the Führer and he had the draft of an agreement with him that would have ended the war. The only reason he was ignored and called crazy was that Winston Churchill wanted the war to continue

The full story is laid out in a book by Peter Padfield entitled, Hess, Hitler And Churchill – The Real Turning Point Of The Second World War – A Secret History, available at Abe Books. It is an almost total reversal of the official narrative.

In the first place, the reason Hess was chosen to undertake the mission was that he was the third highest official in the Third Reich. Anyone at a lower level would not have been believable. Secondly, he was a pilot and could physically fly a plane, an Me110, to Scotland. Thirdly, Hess was born a British subject (in Egypt), could speak English as well as German, and had a life-long belief Germany and Britain should cooperate.

Scotland was picked for a rendezvous because there he could meet the Duke of Hamilton and the Duke of Kent, the younger brother of King George VI, both of whom were in the area at the time and who were anti-war. Also there was the head of the Polish government in exile, General Władysław Sikorski.

According to Padfield the British Government was well aware of the mission and made sure RAF fighters didn’t shoot down Hess’ plane, which in any event, was unarmed.

The central point of the book was the official document which detailed what Germany was prepared to do to effect an armistice.

Well, of course, it wasn’t against their interests. An end to the war was against the interests of the people paying Churchill’s gambling bills, hospitality bills and bad investment decisions. The war couldn’t end because Churchill couldn’t afford for it to end.

Hess died under suspicious circumstances after being held in captivity for the rest of his life. He was not allowed to tell his story because his story was too damning to be revealed.

Note: If you’d like to hear more of this story before buying the book, here’s an interview with Dr. Dr. Peter Hammond. Another book he mentions is Rudolf Hess: The Last Word: A New Technical Analysis of the Hess Flight, May 1941, by John Harris, a contributor to Eye Spy and History Today. It’s also available at Abe books.