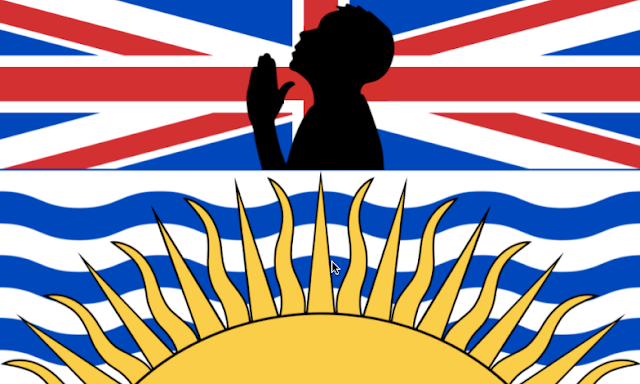 In their November 2020 report The Duty of Neutrality Beyond Saguenay: Unconstitutional Prayers at Municipal Councils in British Columbia, which can be found in full here, the BC Humanist Association (BCHA) found that 23 towns were violating a 2015 Supreme Court decision prohibiting prayer in town council meetings (in the case of the 23 towns, inaugural meetings in particular). As part of their drive to secularize British Columbia by removing all vestiges of Christianity from the public square, the BCHA has issued letters to each municipality reprimanding them for their actions with the goal of ending this form of public prayer.

To be clear, this is an attack on Christianity. In the “Duty of Neutrality” report, the BCHA documents a number of cases in which spiritual native rituals took place at the start of meetings but exempts them from criticism and didn’t send any letters to these municipalities. There is, in their opinion, “a considerable difference, both culturally and historically, between the practice of beginning a meeting with a Judeo-Christian invocation and Indigenous ceremonies or ritual welcomes”. Furthermore, the BCHA is concerned that 100% of the prayers (other than the spiritual native rituals which they excluded) “were delivered by representatives of various Christian sects” when only 49% of British Columbians identify as Christian.

Of course, no matter the religious composition of certain provinces at the moment (BC is one of only two provinces in which Christians are a minority), Canada is a fundamentally Christian nation and neither the Supreme Court nor a Humanist organization has the authority to abrogate our Christian heritage. In the Canadian Encyclopedia’s online section on the history of Christianity in Canada, it explains that the country has been thoroughly Christian in population and government since the beginning of its history:

In the 18th century:

During the 18th century, both French and British governments took for granted the European tradition that political stability depends in part on the people’s allegiance to one church, carefully established as an arm of the royal government.

In the 19th century:

There developed public school systems officially committed to producing ‘Christian citizens’… There arose a public rhetoric that was often biblical (e.g., Canada was called a “Dominion” because the term is found in Psalm 72:8) and laws pertaining to personal morality reflected popular Christian standards. The public calendar was marked by Christian holidays, particularly Christmas and Easter, and Sunday was traditionally a day of rest.

In the 20th century:

It is remarkable that, although Canada’s population is based on immigration from many different lands and cultures, almost two-thirds of its citizens claim to belong to three churches: Roman Catholic, United and Anglican.

The 2011 national census showed that the Canadian population is still thoroughly Christian despite the decline of religiosity in the latter half of the 20th century and the arrival of millions of non-Christian immigrants:

The BCHA is a British Columbian atheist organization which seeks to purge provincial institutions of Christian symbols, values, and imagery. In the ‘About Us’ section on their website, their values include promoting “the ideas and philosophy of secular humanism by all available means of education and communication”. It is clear, however, that their goals go beyond the secularization of institutions. They wish to replace religiosity, particularly Canada’s historic religion of Christianity, with a new movement: a ceremonial form of humanism.

Humanism, as defined by the BCHA, is “a response to the widespread demand for an alternative to dogmatic religion”. In BC, this movement originated in the 1950s on Vancouver Island and has since spread to other areas of the province, particularly Vancouver. In a bid to channel the human impulse for religion towards a secular replacement, members meet every Sunday morning, often for breakfast and speeches.

They also perform Humanist versions of Christian ceremonies, such as baby namings, memorials, and funerals. These ceremonies are run by “officiants”, and the BCHA is campaigning for the“officiants” to be certified to officiate marriages. They even have “Humanist chaplains” in a couple of universities to gain converts to the Humanist movement!

It is worth thoroughly investigating what the BCHA really stands for. In doing so I hope to help Canadians understand the truly radical and subversive nature of the BCHA and similar organizations, and to encourage the 23 municipalities who are being targeted by their campaign to defy them and continue holding as many public Christian prayers as they want (at the end of the article I have included their emails for concerned citizens to send messages of support).

So, let’s have a look at their “Issues” page. Not only are they opposed to the “irrational” belief in religion and any celebration of Christianity in the public square, but they are also staunchly opposed to Christian morality and view much of the current legislation in Canada as unfairly privileging the Christian view of ethics. The BCHA believes that legal prohibitions on prostitution, which they euphemistically refer to as “sex work”, are the result of “intolerant attitudes, often cultivated by orthodox religions and puritanical cultures” such as Christian Canadian culture. They support the total “decriminalization of consensual sex work for those over the age of 18”.

Since they do not believe that selling one’s own body is intrinsically degrading, it is not surprising that they do not believe the State should have any role in legislating against the destruction of one’s body with drugs. Many Canadians, including myself, support the legalization of marijuana, but the BCHA supports the total legalization of all drugs – presumably including poisonous substances like heroin and fentanyl.

Furthermore, the BCHA is opposed to all traditional views held by Canadians, views that are not even religious but are nonetheless seen as “irrational” and not sufficiently forward-thinking and progressive. They firmly believe that the “LGBTQ2+” population does not have enough rights yet, and as a result they have regularly participated in the Vancouver Pride Parade. Although they are a group supposedly committed above all else to rationalism and science, they say that “defining gender along a strict binary” is inaccurate! I have noticed that such foolishness can ironically only be found in the ranks of those supposedly committed to rationality. The BCHA, of course, strongly supports gender-neutral bathrooms and the use of transgender pronouns.

Their opposition to traditional values extends to opposing nationalist, patriotic views on immigration and multiculturalism. Under the “colonialism and systemic racism” section of their “Issues” page, they blame the Canadian government for the large numbers of immigrant and native criminals in prison (interesting logic!) and claim that posters opposing mass immigration and political correctness amount to “white supremacist propaganda”. The BCHA also supports the rights of permanent residents (who are not citizens) to vote in municipal elections.

Let’s take a brief look at a few of their campaigns against Christianity in the public square, the real bread and butter of the organization. They support:

We have seen enough to determine the core tenets of the organization currently pressuring BC towns to end public Christian prayer:

Judging from the BCHA report, 16/23 towns responded to the letters. Of these, 11/16 promised to take the letter under advisement, make note of it, or “review” their procedures. Four municipalities, including both the township and city of Langley, committed to ending public Christian prayer.

To be clear, I am not a religious Christian, but I do identify strongly with Canada’s Christian heritage and character. Bible passages, nativity scenes, hymns, and old churches make me feel at home and at ease. I’d like to live in a nation characterized by Christian culture, composed of both Christians and lovers of Christianity.

I am not a theocrat, but I believe that the Christian tradition gives humanity the best account of ethics and our laws should be inspired by it on issues like prohibitions on prostitution, which the soulless and empty philosophy of rationalism espoused by radical secularists would have us believe is a “victimless crime”.

I am not a religious bigot, but I believe that it is our right as a people to appreciate our ancestral faith, Christianity, in the public square through prayers and symbolism. Nobody, including non-believers, need feel threatened by the public expression of our national identity. Every nation has the right to preserve and publicly appreciate its own distinct cultural heritage.

Lastly, I am not opposed to the donors and low-level members of the BCHA, people who are motivated no doubt by the eminently reasonable and uniquely Western concern for a constant vigilance when it comes to the borders between Church and State. I am opposed to the attempts by the BCHA to impose secularism on society, and I hope both Christians and secular lovers of Christianity will join me in my opposition. Here are the emails of the towns in question, and I encourage concerned citizens to send them their support in continuing as much public Christian prayer as they see fit!

Towns that didn’t respond to the BCHA letter (send them messages of support encouraging them to remain steadfast and let them know you support the celebration of our cultural heritage!):

Towns that responded they would think things over (send them messages encouraging them not to bow down to secular pressure!)

Towns that agreed to end public Christian prayer (Politely tell them why you think it should stay!)