INVASION: Trudeau Hands Out 27 000 Citizenships In A Single Day 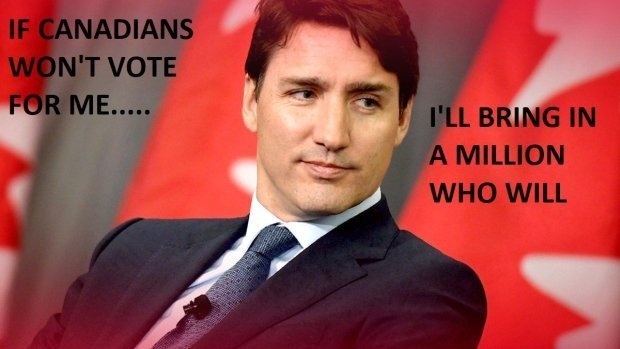 Immigration lawyers thought it was a computer glitch. Prospective immigrants couldn’t believe their eyes. On Saturday, February 14, everyone in the Federal Express Entry pool (one of the immigration “pools” which the government draws names from) who met the requirements of the Canadian Experience Class, 27 322 people, were invited to become permanent residents.

The Canadian Experience Class, like all of our immigration programs, is euphemistically named to disguise it’s true nature to the Canadian public — of which the majority is opposed to mass immigration. Despite the lovely name, it is just another program for so-called “temporary” workers to rapidly grab citizenships right under the nose of unsuspecting Canadians.

The feds describe the Canadian Experience Class as a program for “skilled” workers, which to normal Canadians suggests that this program is bringing in rocket engineers or high-level medical specialists — in other words, people who we might arguably benefit from. This couldn’t be further from the truth: this program is just another way for big corporations to import a class of servile, low-paid foreign labour to replace Canadian workers.

Essentially, there are different skill levels that our labyrinthian immigration bureaucracy recognizes. The Experience Class includes skill levels 0 (managerial), A (professional), and B (technical and skilled trades). Once you work in Canada for just one year in a job matching one of these skill levels, you can enter the Experience Class program. If you are in the middle or upper middle class, the federal government just imported 27 000 people to compete with you.

This is all part of the Trudeau government’s plan to bring in 410 000 immigrants in 2021 alone, followed by 420 000 in 2022 and 430 000 in 2023. When immigration minister Marco Mendecino announced this drastic rise in immigration, he said that Canada needed “more workers”. Canadians have been conditioned to believe that people like him are telling the truth, that despite the fact that finding a good job is harder than ever, what we really need is “more workers” from all the ends of the earth.

Have you ever asked yourself why? Why do we need to bring nearly half a million Chinese, Persian, and Indian workers to Canada per year to do jobs that we could do better ourselves? Who, exactly, does this benefit? Certainly not us. According to the law of supply and demand, which applies to labour just as much as it applies to goods, the more X you have the less X is worth. When you add labour to a market, the value of labour decreases.

Do you get it now? Mass immigration is a class war by the ultra-rich against the middle class whereby hundreds of thousands of workers are imported to Canada to compete with our jobs and lower our wages. When you understand mass immigration in this context, a lot of strange things start to make sense.

Why, for instance, did Dennis Darby, CEO of the Canadian Manufacturers and Exporters (CME), which represents 2500 of Canada’s leading manufacturers, call for the federal government to increase the annual inflow of immigrants to 500 000 a year? Well, he wanted to pay his employees less. Why did Goldy Hyder, president of the Business Council, Canada’s most powerful lobbyist group, write an Op-Ed in the Globe and Mail calling for more immigrants? He wanted to keep wages constant so he could buy another yacht. Why did Wall Street oppose Republican Donald Trump? He was the first candidate in decades to call for immigration restriction.

And where is the Left amidst all of this? Where is the NDP when the finances and lives of regular Canadians are being destroyed because of unchecked immigration? They are cheering it all on. Their resentment of the wealthy has been replaced by a resentment of traditional Canadian culture, which they see as parochial and racist. Their constituency is increasingly made up of big city social justice-oriented youngsters and immigrants. The Euro-Canadian working family is a thing of the past in the NDP.

And where is the Right? Where is the Conservative Party? Where are the so-called defenders of “tradition” and “social conservatism” when 80% of annual population growth now consists of immigrants who have arrived during the year? What’s traditional or socially conservative about replacing our population with foreigners and as a result exchanging our unique Canadian culture for a globalized conglomerate? They too are cheering it on, and by doing so are heaping up their own political funeral pyre. Immigrants will always be loyal to the party that brought them in; they will always vote for the party of the two Trudeaus.

So, there is no cavalry coming to save us. Canadians themselves need to resist the program of mass immigration imposed on us by the powers-that-be. We don’t have much time left before immigrant electoral power is stronger than that of the native population. But if we can ever wake the population to the perils of mass immigration, the time is now, when its horrors are clearest and most visceral. All you need to say is “27 000 citizenships handed to immigrants in one day, 410 000 in one year, after so many of us have lost our jobs because of the lockdowns” and people will realize that something unforgivable is going on.

So now, more than ever, is the time for a mass resistance. It’s time for signs held above overpasses, for constant letters to newspapers, for putting up posters all over your town, for picketing businesses that employ “temporary” foreign workers, for heckling the town council meeting when they announce their support for a regional immigration pilot program, for a constant and unceasing campaign of rabble-rousing. If we succeed, we will have saved our country. If we don’t, we can tell our posterity that we tried. Be smart, be optical, and never give up; rage, rage against the dying of the light.

Two Posters To Put Up Around Town 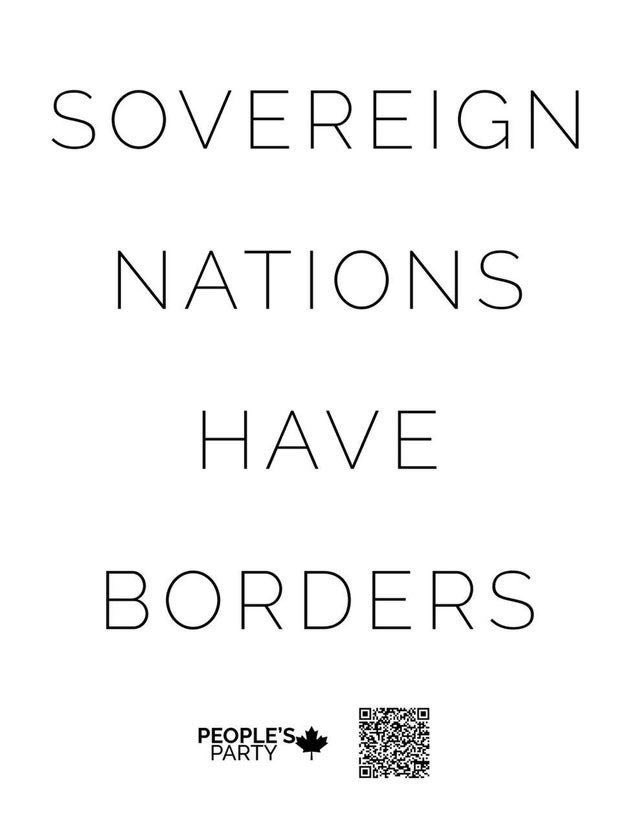 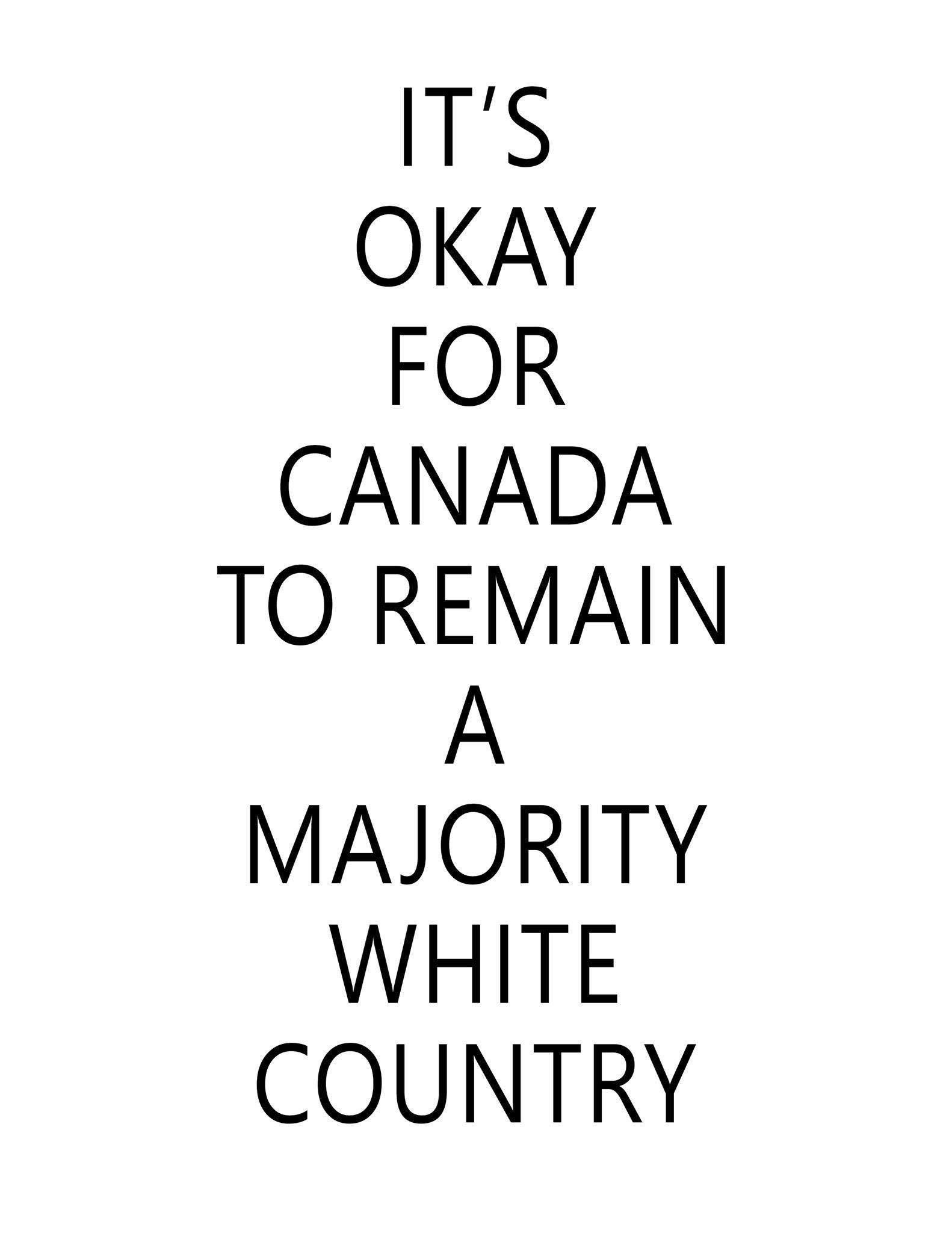