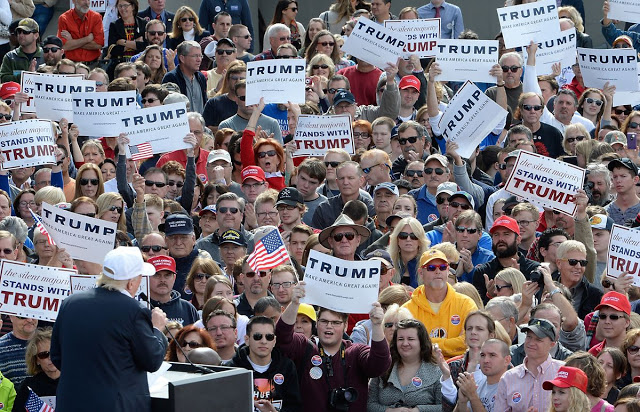 At the Conservative Political Action Committee Conference, Donald Trump stole the show not only by giving a powerful speech re-affirming his nationalist principles but also by winning the conference’s annual straw poll in a resounding manner. 55% of attendees indicated that they support the former president in a potential reelection bid in 2024. Florida Governor Ron DeSantis, whose staunch anti-lockdown measures have turned him into a national icon, came at a distant second after receiving 21% of the attendee’s votes.

Unquestionably, the Republican Party is Donald Trump’s party. Republican voters know that Trump and his nationalist ideas are the future of the GOP. The party establishment must come to terms with the new reality of Trumpism, lest it wants the party to get electorally curb-stomped in every election cycle from here on out. Barring any extraordinary circumstances, Trump should easily cruise his way to the Republican nomination in 2024 should he decide to run again.

To win in 2024, Trump and his team must acknowledge some cold, hard truths. His pandering to minorities (pushing the Platinum Plan for Blacks and the American Dream Plan for Hispanics) largely contributed to his downfall in his 2020 re-election bid. Indeed, there was significant election fraud, a fixture of elections that many Republican leaders refused to acknowledge. That said, Trump could completely negate any attempts of voter fraud by building a dominant populist electoral coalition. To do so, requires him to discard many of the failed practices that Republican leaders have used in the past.

The fact is that since the Cold War ended Republicans have only won the popular vote once. Even worse, the Electoral College (where the votes actually matter) is starting to tip towards the Democrats. Sunbelt states like Arizona, Florida, Georgia, North Carolina, and Texas are becoming much more competitive compared to previous decades due to the changing demographics of their electorates. Many Republicans prefer to ignore the salient fact that as states’ voting populations become less white, the more difficult it becomes for Republicans to win. In some cases, they are absolutely shut-out once the demographic headwinds become so strong.

Though all hope is not lost. Demographic shift is a long-term trend and Republicans still have time to address it in the next decade or so. A common-sense policy solution would be to implement an immigration moratorium to deprive the anti-white Democrat coalition of a fresh batch of non-white voters every election cycle. To achieve this policy goal, Trump and his nationalist allies Republicans must immediately improve in one area – the white vote.

A February piece by the New York Times confirms that Trump’s support slipped with the white male voter segment. In that piece, White House Correspondent Maggie Haberman observed “Trump lost ground with every age group in the 2020 election compared to his performance in 2016.” An even more striking observation in this article was Trump’s “greatest erosion with white voters, particularly white men.”

Fabrizio’s 27-page report honed in on results coming from 10 crucial states that shaped the outcome of the 2020 election. Five of the states studied — Arizona, Georgia, Michigan, Pennsylvania, and Wisconsin — went from Republican to Democrat control. The other five — Florida, Iowa, North Carolina, Ohio, and Texas — still remained in Republican hands, though non-white migration could realistically tip states like Florida, North Carolina, and Texas into the Democrat column. This is the 3 ton elephant in the living room the Republican Party continues to ignore, much to their long-term electoral peril.

At the moment, the main electoral obstacle the Republican Party faces is its lackluster performance with whites, the racial demographic it should be dominating. And by dominating, I mean receiving at least 75% of the vote. The fact that it struggles to receive at least 60% of the white vote, Trump received 58% of the vote in 2020, shows that whites are not being properly activated.

Fabrizio’s report backs this up. In the states that Biden flipped in 2020 — Arizona, Georgia, Michigan, Pennsylvania, and Wisconsin — Trump’s white support went from 59% down to 57% from 2016 to 2020. On the other hand, Biden improved on Hilary Clinton’s numbers with white voters as Democrats received 36% of the white vote in 2016, to later pick up 42% of that same demographic in 2020.

The numbers for white males were even more intriguing. In the case of the previously mentioned states that Biden flipped from Trump, Trump’s support among white males plummeted from 65% in 2016 to 61% in his re-election bid. Biden surprisingly increased Democrats’ share of the white male vote by almost double digits — from 30% in 2016 to 38% in 2020. For the overall white vote in the states that went over to the Democrats, Trump’s numbers plummeted from 59% to 57%, while Democrats improved, going from 36% in 2016 to 42% in 2020.

As far as the states that Trump held went, Trump’s white support stood steady from 2016 to 2020 at 62%, though Democrats’ numbers slightly improved from 2016 (33%) to 2020 (37%). White male numbers did drop for Trump in the four year period, sliding from 68% down to 66%. Democrats saw their white male support increase during this period, with Biden receiving 32% compared to the 27% Hillary Clinton obtained in the states that Trump held.

In addition, Fabrizio’s post-election study revealed Trump’s major slip-ups with Independent voters. One of the least discussed facets of Trump’s unexpected victory in 2016 was his strong performance among independent voters. For example, Trump achieved double digit victories in both of the “Flipped” and “Held” state categories. For the “Flipped” states Trump topped Hillary Clinton 50% to 40% among Independents in 2016.

However, Trump’s support among independents completely collapsed in 2020, with Biden beating Trump 53% to 44%. A similar trend was on display in the states that Trump held, where he beat Clinton 51% to 39% among Independents in 2016, while losing this vote to Biden (51% to 46%).

All told, the Republican Party is generally safe when they pick up at least 60% of the white vote. Although, as the country becomes less white due to the demographic shift that’s already baked into the cake, Republicans will have to improve their numbers with whites. No questions asked. This explains my, and also many prominent Human biodiversity researchers’ insistence on Republicans trying to turn the white vote into a monolith that approximates the level of support that Blacks throw at the Democrat Party.

Trump’s improvements with minorities such as Hispanic voters, were marginal at best. I previously detailed at CEC that while Trump made improvements with this demographic, the results were still not much to write home about. Consolidating the white vote takes precedence over hitting any kind of affirmative action quota.

What is amusing to me in my time in the U.S. is how pathologically obsessed Republicans are with non-whites. And I say this as a mixed-race foreigner. The Republican Party is America’s de facto white party. Hence, the Republican Party’s description as the Generic American Party. It routinely dominates the white vote every election cycle and will continue to do so until the end of time. You can take that to the bank. 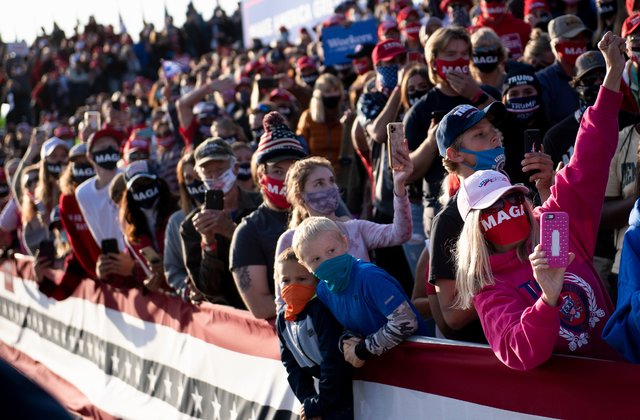 By following an electoral strategy heavily focused on the working class white base, Trump and future nationalist candidates can build emphatic, fraud-proof majorities that are capable of redefining American politics. The key is that Republican candidates ignore the advice from political consultants, whose strange fetish for non-whites fogs up their better judgement.

The demographic clock is ticking so Republicans better act quickly. A flat-footed response to the demographic tidal wave confronting white America will have this great nation and its fine institutionsplunge into the abyss of globohomo.

While patriotic non-whites are welcome to join any American nationalist movement, they by no means should be the primary target demographic. In fact, a surefire way to know that a right-wing campaign effort is on the path to success or failure is by simply looking at the demographics it targets in its voter outreach efforts. The fact remains that white voters were those who originally brought Trump to the dance and there’s still room for improvement among that demographic, especially with the non-college educated.

Trump and his acolytes would do well to ignore any advice calling for him to extensive minority outreach. America is a nation founded by and works for whites. There is no justification for Core Americans to cater to the interests of non-whites when most of the white population is not even on the same page politically.

A multi-culti electoral pivot by the Trump campaign might not only be deadly in an electoral sense, but it further strengthens the prevailing anti-white zeitgeist which treats whites as historical artifacts at best, and at worst, punching bags for non-whites and quisling whites to tee off on.

I say that we ditch this path and actually start re-asserting the interests of the white majority. From Valley Forge to Iwo Jima, generations of brave Americans did not make the ultimate sacrifice to see their posterity replaced by ravenous hordes of Third World migrants who only empower a ruling class who hates every living fiber of the American nation. We owe it to those who came before us and our posterity to preserve America’s national character and keep it from being transformed into an open air, multi-racial prison.