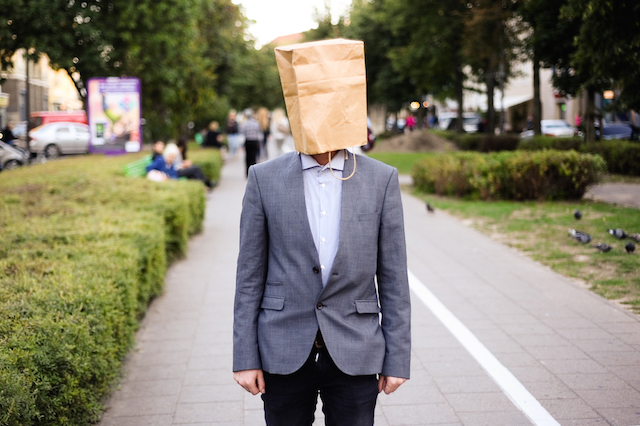 Canadian anti-racist watchdog organizations are in a state of panic today over rumours that some employees of the Canadian Security and Intelligence Service (CSIS)—the members of the Union of CSIS Plants and Agents Provocateurs (UCPAP)—may soon file a 48 hour strike notice with the Canadian Labour Relations Board.News Item: Rumours of labour strife in Canada’s top security and intelligence service.

The consequences of such a shutdown are incalculable. Race-baiters rely heavily on the misinformation that these agents in the field indirectly feed them. In words attributed to Allan Dutton of the Anti-Racist Research Council, “Witch-hunting is a team sport. We give CSIS a list of racist boogeymen to spy on, and these spies in turn supply some of the dirt we are looking for. If CSIS spies can’t get find the dirt, then we are left totally reliant on the machinations of our imagination. We have to invent what we can’t find. And that gets tiring after awhile. Just ask the Southern Poverty Law Center.”

As one can imagine, locating the source of labour unrest in the intelligence community is more than challenging, since many of those affected work in the darkest shadows of the public sector. But what we can so far determine—according to the highest of unnamed sources in CSIS—rank and file rats and moles burrowed inside of the country’s burgeoning populist movement cannot keep pace with its growth.

“We are at our wit’s end”, complained one agent who gives his name as “Cucksure”. “We told CSIS brass that we can’t keep up with the volume of yellow jacket protestors coming on stream. No one apparently saw it coming, They thought that number of Canadian patriots had flatlined, that populism was on the wane, that our country was finished, but they were wrong. We are working flat out on overtime but it is not enough. How can we be expected to monitor this many? I don’t get paid enough to compensate for the stress that this is putting on my family. When I finally make it back home for a day or two, my kids hardly recognize me. I just tell them that I have been away working to sell out their country and pave the way for their demographic replacement and it jogs their memory.”

With strain and frustration showing on his face, Cucksure continued. “We had trouble enough trying to find one single legitimate white supremacist or neo-Nazi when there were only 500 on the HateWatch list. But now that patriots are pouring out of the woods in droves the haystack has grown so big that we have to spend a thousand man hours before we find anything that even looks like a needle. I mean, how do they expect us to whip these patriots up into a frenzy and motivate them to commit a violent hate crime or hatch a terrorist plot when we don’t have enough nut jobs to work with? All these people just want to save Canada through peaceful demonstrations, petitions and electoral politics. They bore the hell out of me….

“Sure, a lot of these angry nationalists talk a good game, but when it comes down to actually hurting someone, they’re pussies. It has come to the point that authorities are having to broaden the definition of a hate crime so that enough suspects can be found to justify their jobs. Despite the exponential increase in populists, things have been so slow of late that we are being asked to investigate the circumstances surrounding the alleged telling of a Newfie joke at a Tim Horton’s outlet in Lethbridge. So far all we have of found is a guy in Gatineau who was heard to utter something hateful about supply management. We couldn’t even get him to advocate a meaningful cut in Canada’s annual immigration intake. We couldn’t get enough on him.”

When asked about why the plight of CSIS agents has not evoked public sympathy, Cucksure was quick to answer. “A lot of people among the general public have the idea that treasonous snitches have an easy time of it. They think that anyone can do our job. They think that anyone can wear a wire, join a group of ordinary people, gain their trust, betray them and their country and encourage them to engage in rash or violent actions that would discredit their cause. Well, to them I say, just try it. Try walking the line with ordinary decent working class citizens across this country, looking them in the eye and backstabbing them as you do it….

“Face it, there aren’t that many low-lifes out there who can do this kind of work. People like Allan Dutton or Richard Warman are too well known to pull it off. Sure, there are 50,000 college kids who might answer the call, but they lack trigger discipline. They’d blow their cover the moment a blue collar deplorable in the group debunked a feminist claim or quoted the facts about inter-racial crime, domestic violence, the gender pay gap or the net fiscal burden of mass immigration. Worse still, the deplorable might impart some useful information about a practical matter, like how to plumb or wire a house, tune a motor or run a business for example. After taking two years of Gender Studies, Post Modernism and African Studies, the sudden revelation that he didn’t know anything worth shit could prove fatal to the young punk….Deplorables are supposed to be ignorant, aren’t they?

“The truth is, it takes years of training and experience to make a good informant. University indoctrination does not suffice. It is not enough to be infected with moral relativism, self-righteousness, treachery and self-loathing anti-white racism. While helpful, those despicable traits only offer the raw material for the kind of sociopath that CSIS looks for in a new recruit. Not the finished product. No, you need to be a total bastard to do this job.”