Why Muslims Can’t Assimilate to Canada 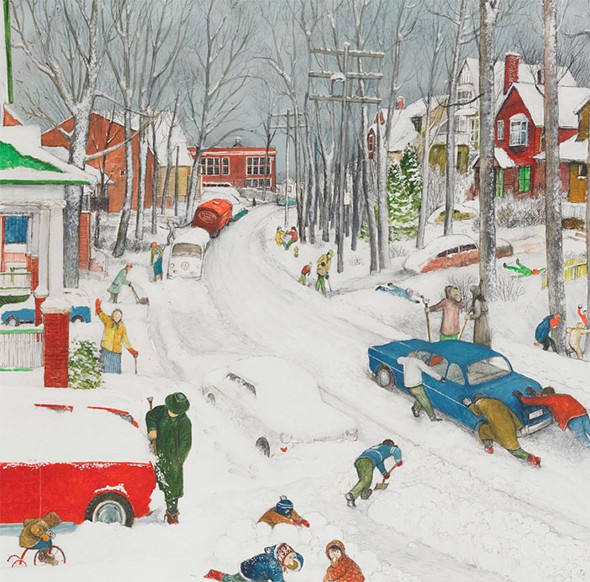 It’s more than a little bit odd that we have never had a national discussion on this issue considering that due to the generous immigration policies imposed by Canadian politicians, the Muslim population in 2011 was more than 1 million (Canada’s population in 2011 was only 33 million). This was ten years ago, and we will see in the upcoming census how much this population has grown in the intervening years, especially given Justin Trudeau’s election in the middle of the decade and the subsequent massive rise in immigration from already historically high levels.

The Muslim population is growing, particularly in Toronto and Montreal where they were 7.7% and 6.6% of the population respectively in 2011. And yet, we have never had a good debate on whether they can effectively assimilate. Do you think if Algeria or Morocco allowed over 1 million Western Protestant immigrants in a short period of time, they wouldn’t at least talk about the potential cultural clash? Here in culturally diverse Canada, we simply don’t talk about harmful and offensive topics like the maintenance of our national identity and the future we will leave to our children. How enlightened of us! 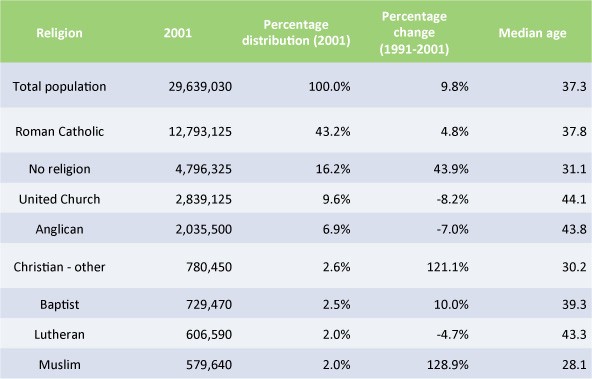 2006: Toronto 18 “accused of planning to detonate truck bombs, to open fire in a crowded area, and to storm the Canadian Broadcasting Centre, the Canadian Parliament building, the Canadian Security Intelligence Service (CSIS) headquarters, and the parliamentary Peace Tower, to take hostages and to behead the Prime Minister and other leaders”.We certainly talk about terrorism now and again. I suppose our government really can’t avoid talking about this most pernicious result of mass Muslim immigration (for a day or so, before ignoring it again) when it briefly graces the news. The sheer scale and intensity of Muslim terrorism in Canada boggles the mind. Here’s a quick sample pulled from Wikipedia.

It is an outrage that some of the Muslims we welcomed into our country returned the favor by killing Canadians. But why is this the only concern that Canadians are socially permitted to voice when it comes to Islam? The bigger question is: can Muslims assimilate, contribute to and perpetuate Canadian culture? The answer to this is troubling, but it would be worth at least discussing, considering how important this issue is to our nation’s future.

The truth is, no matter how many nice Muslims you meet in your day to day life, we are not talking about individuals — we are talking about a group. And Muslims, as a group, cannot assimilate to Canada.

In order to properly examine the issue, we must examine what it is exactly that Muslims would be assimilating into. In fact, the title of this article is a bit of a misnomer. This is because Canada is not, as commonly thought, some sort of completely unique and individual actor on the international stage (although we are of course unique, as all countries are). We share significant characteristics with other European founded countries, and we share a common cultural inheritance with Western civilization as a whole. When you consider the question of Muslim assimilation in this context, it becomes clearer.

The real question is can large numbers of Muslims assimilate to Western Christendom, of which Canada is a member? If you’ve gone to Western Europe recently, you will see the experiment in action to a degree not yet seen in Canada or the United States.

They are, by and large, not assimilating. They have separate neighborhoods, separate schools, and vote for parties which promise to allow more Muslim immigration despite broad native European opposition. Many still practice female genital mutilation, child marriage, and wear burqas or other head coverings. Some even more energetic adherents of the faith conduct Sharia patrols on public streets to enforce the Islamic prohibitions on alcohol and homosexuality. Speaking of homosexuality, the countryside of Britain is now more tolerant of homosexuals than the cities, reversing a long-held trend. This is, of course, because more Muslims live in the cities, and their views on homosexuality are much harsher than Westerners.

When their neighborhoods are adjacent to non-Muslims, there are disputes with native Europeans over issues ranging from dogs (Muhammad hated dogs) to pubs (Muhammad banned alcohol). There are battles over obnoxious street prayers, mosque construction in spots locals object to, minarets, and loud ‘call to prayers’. This is not even mentioning that many Muslim neighborhoods are in a state of constant urban warfare, most clearly seen in Sweden and France.

I have been fortunate to travel to Western Europe a few times, and I can tell you that the Muslim areas of major cities have a distinctly different atmosphere than the rest of the city. It is very difficult to understand one’s impressions oneself, yet alone to convey them to others, but it is worth attempting briefly.

I have been to Paris, and there were areas where I felt that I was in Europe, and parts where I felt that I was somewhere else — somewhere foreign. There was the clothing. Muslims often wore a flowing Middle Eastern garb, the women wearing burqas or niqabs-it was hard to see their faces. In the French areas, people generally dressed according to the dictates of French culture. The women often wore floral or patterned dresses, and I was surprised to see how often men dressed up as well — wearing snazzy leather shoes and suits.

As a Canadian I am more used to boots and a plaid shirt but I knew instinctively upon my arrival what was authentic French culture and what was not. I realized that the Muslims in Paris had not come to adopt the culture of France: an ancient Republic secular in government, Catholic in culture, liberal in attitude, fiercely and defiantly patriotic; a fascinatingly confusing and beautiful country best summed up in cathedrals, anarchist bookshops, and outdoor cafes. Whatever their intentions were, Muslim immigrants brought the Middle East to Paris.

You see, it wasn’t just the different clothing, food, music, and religious buildings. I felt an alien, hostile spirit in the Muslim areas of town. I will never forget walking through a crowded subway station where I was the only white person, eyes behind veils staring at me, just as dumbfounded to see me as I was to see them. In that moment, though I was on French soil, I was not in France.

Many Europeans have felt this same feeling, including French intellectual Guillaume Faye. He has frequently written on the subject of the differences between Islamic and European civilization:

Islam corresponds to nothing in the European soul and temperament. Its massive introduction into Europe would disfigure a European culture already damaged by Americanization. An assertive dogmatism, an absence of the Faustian spirit, a fundamental denial of humanism (understood as the autonomy of the human will) in favor of an absolute submission to God, an extreme rigidity of social obligations and prohibitions, a theocratic confusion of civil society, religion and the political State, an absolute monotheism, a profound ambivalence toward artistic freedom and scientific inquiry — all these traits are incompatible with traditional European patterns of thought, which are fundamentally polytheistic. Those who believe that Islam can be Europeanized, can adapt to European culture, can accept the concept of secularism, make a dreadful error. Islam, essentially, does not understand compromise. Its essence is authoritarian and bellicose.

This is academics done well, expressing what is undeniably true and what we know instinctively to be so. We really have to think these things over in Canada. Can Muslims as a group (not your nice dentist), assimilate to a nation founded by French Catholics, British Isles Protestants, and a Christianized native population? We have to remember that this question is critical to our children’s future, given that our decisions now will determine what proportion of our cities will be Islamic for centuries.

Despite only being around 3% of the population in Canada (versus 5% in UK and 10% in France), there are already cultural frictions between Muslims and Canadians. AnIslamic party has formed in Ontario, Muslims have demanded and successfully obtained gender-segregated swimming hours at a public pool in Toronto, and there have been many instances of hateful clerics spreading anti-democratic rhetoric in Canadian mosques.

One only has to go on the Canada section of jihadwatch.org, linked here, to see all sorts of examples of cultural clashes. A post on November 1st, for instance, discusses a speech made by a British Columbian imam named Younus Kathrada, in which he denounces French teacher Samuel Paty, who was beheaded by a terrorist for blaspheming Mohammed, as a “filthy excuse for a human being”. Later on the same month, there is a story about Alireza Ongheia, a banker on Toronto’s Yonge street accused of wiring millions of dollars to a sanctioned Iranian bank. Stories of this kind are so numerous that they warrant another article.

Of course, despite the evidence presented, the inevitable criticism is that Canadians who believe this are ‘Islamophobic’. This is just one of many labels only worthy of being brushed aside as the Orwellian language games of an increasingly lunatic left wing fringe. Were the radical leftists in Canada to travel back to near the end of Rome, they would have screamed ‘Celtophobes!’ even as barbarian hordes poured over the fortifications and looted the city.

The future of Canada depends on whether we pressure our political parties to adopt a strong position against Muslim immigration, not out of a hatred for those outside our borders, but out of an abiding love for those within them. This isn’t ‘ Islamophobia’, it’s patriotism.