Equal Rights for Whites is “Hate”: What Really Happened At Strathcona High School 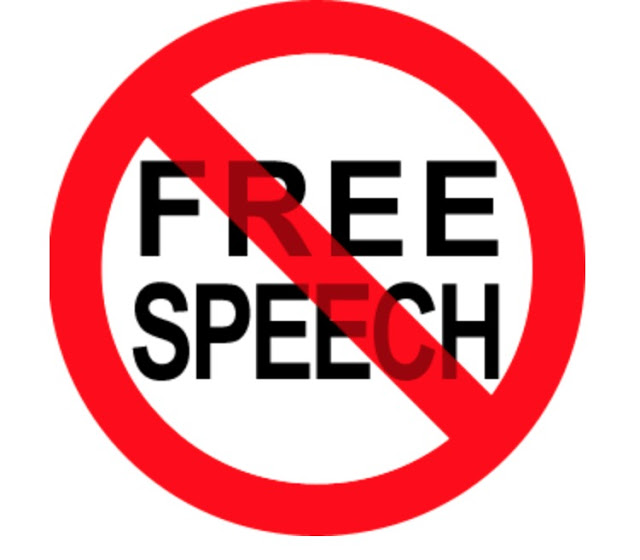 There is an epidemic of anti-white racism and anti-free speech censorship at many high schools across Canada. If you don’t believe that, then it’s worth looking into what happened at Strathcona high school, Edmonton, when students voiced that exact sentiment: emails to parents, a witch hunt orchestrated by the administration and school board, official condemnations from school authorities, a police report filed by the principal, libelous accusations by the media, and much more.

On February 1st, the school administration at Strathcona announced the beginning of “Black History Month” – a concept which originated in the United States but has, like many American products, been adopted widely in Canada and is now celebrated yearly by various Canadian government departments including public schools and universities.

Black History Month in Canada is not a celebration of the small historic black population on the East Coast, it is an opportunity for radical intellectuals who believe in “critical race theory” to preach to Canadians about systemic racism, internalized racism, historical racism, and white privilege. 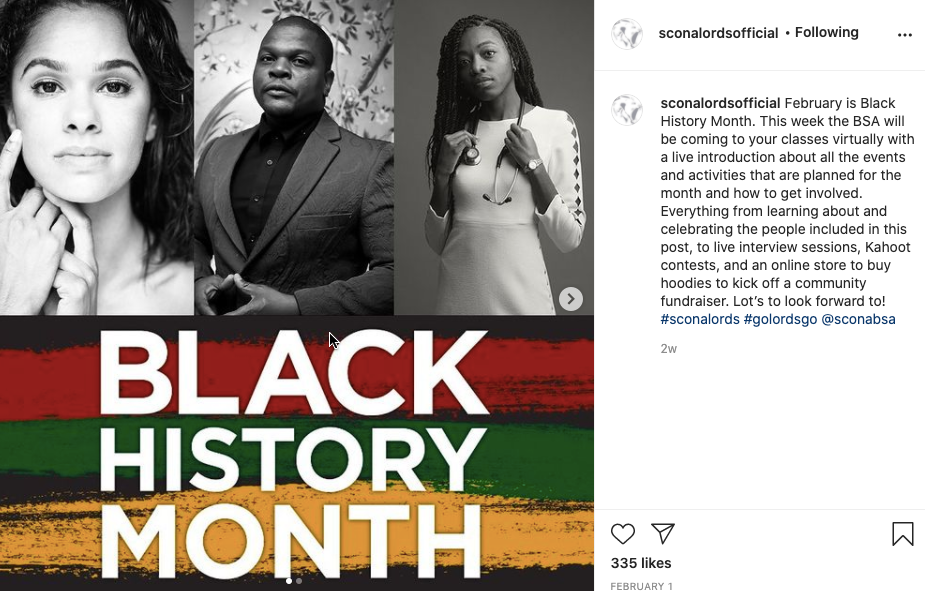 What sorts of things were taught to students in Edmonton during this month? On the “Black History Edmonton” Facebook page, the latest post says “Get to know our leaders” and links to a video by Ibram X. Kendi. Ibram X. Kendi (an American), like many people who have made their living from the racial grievance business, specializes in making arguments which cannot be interpreted as anything other than academic legitimizations of racism against white people. Here are a couple:

The only remedy to past discrimination against black people is discrimination against white people, and this is somehow “anti-racist”. This type of Orwellian logic was no doubt taught to Edmonton students throughout the month of February, and on the 14th some students decided that they had had enough. After being forced to listen to presentations hosted by the Black Student Alliance in which critical race theory was taught, they created an Instagram page for their own alliance: the White Student Alliance.

I asked the creators of the White Student Alliance what their motivations were for making the page, and they described a school that has totally abandoned free speech and has been indoctrinating students with radical ideology:

Equality among all races was seen as a racist act in our school, just having a different opinion was enough to get you canceled. Sometimes even suspended if they saw it as hate speech. In most classes our teachers have been brainwashing us about white privilege and how white people are always the oppressors. Having pride for being black was very encouraged by our school, but being proud of being white was seen as white Supremacy. Anyone who criticizes BLM movement or any teachings on systemic racism got you canceled. Pretty much any opinion that polarizes too far from their spectrum was seen as racist or inappropriate

Their first post says that Strathcona has been “increasingly anti white rather than pro black for the past few months” and that students have been forced to listen to “clowns ranting about how terrible and racist are all whites”. They say that “students don’t want to be taught any of that social justice rubbish”. 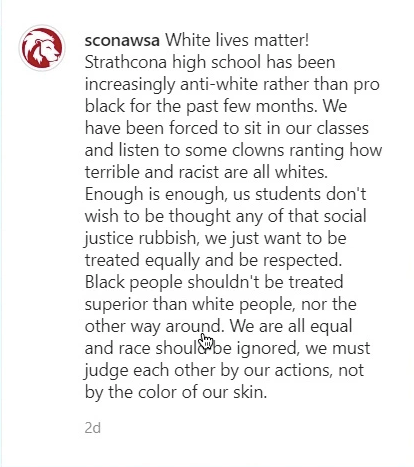 Their second post, titled “EQUALITY”, links to a video from Martin Luther King’s I have a dream speech, and says that society has strayed from the values of treating everyone equally based on their qualities rather than their race. It goes on to call on students to “rise up” and “demand equal treatment for every person in the school”. 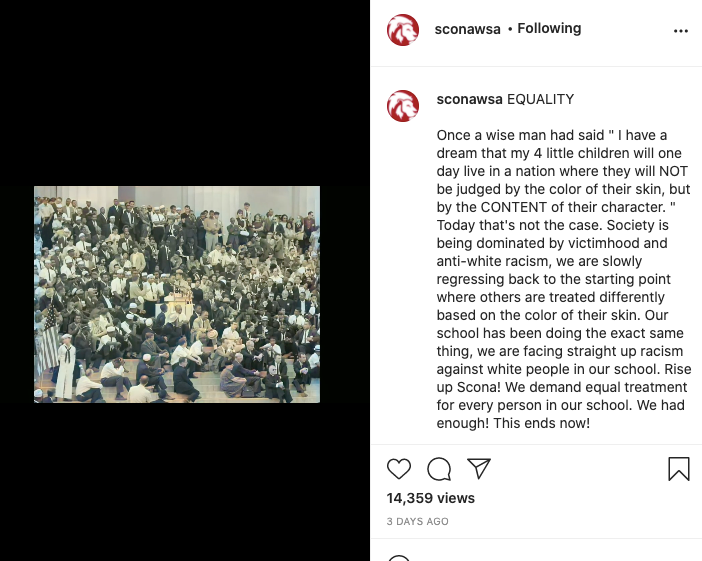 You’re probably thinking “Okay, so where’s the racism exactly?”, and that’s what I thought too, because the truth is that these students are not racists – they are the victims of the racist ideology that is critical race theory, a poison imported into Canada from the United States by ‘academics’ like Ibram X. Kendi and pop authors like Robin Diangelo. But that’s not what the school thought.

The school immediately issued a statement, labelling the White Student Alliance page “inappropriate, racist, and hate-filled”. They reported the account to Instagram in an attempt to get it shut down (it’s unclear what social media policy they could have possibly violated other than “wrongthink”). They then reported the account to the Edmonton Police! 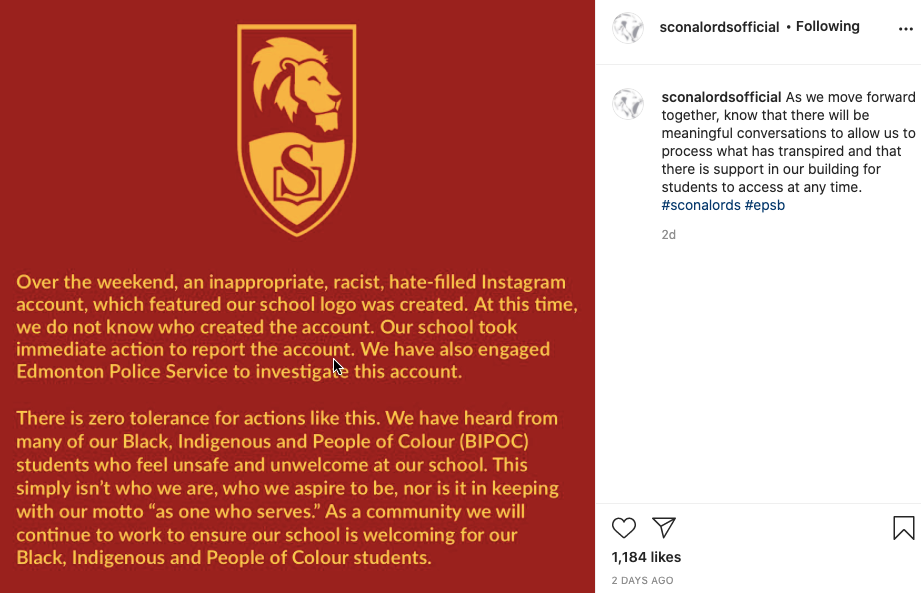 The Edmonton Police, instead of clarifying to the Strathcona administration that in Canada free speech is encouraged, referred the matter to the Hate Crimes Unit. Edmontonian and Canadians should be embarrassed and angry that our police are enforcing thought crimes. Just as the White Student Alliance accurately called the people propagating social justice nonsense “clowns”, so too do many Canadians feel that we are increasingly being governed by clowns, as our government and even those who are meant to protect us become steadily more detached from reality by the day.

But let’s continue documenting the deranged lunacy of the Strathcona school administration, because it doesn’t end there. In words that are reminiscent of some sort of horrible tragedy, they assure students that there will be “meaningful conversations to allow us to process what has transpired”. What, exactly, is supposed to have transpired? Students voiced opinions. This doesn’t seem to fit the definition of a traumatic event.

The school administration declared that they have “zero tolerance for actions like this” and that many BIPOC (the newest addition to the Newspeak Dictionary) students “feel unsafe and unwelcome at our school”. To be clear, to those students who complained to the school administration: you should be ashamed of yourselves. In Canada, we not only have freedom of speech, we love and cherish it because we know it is one of the key differences between civilization and barbarism. Censorship is anathema to Western civilization and Canadian culture. 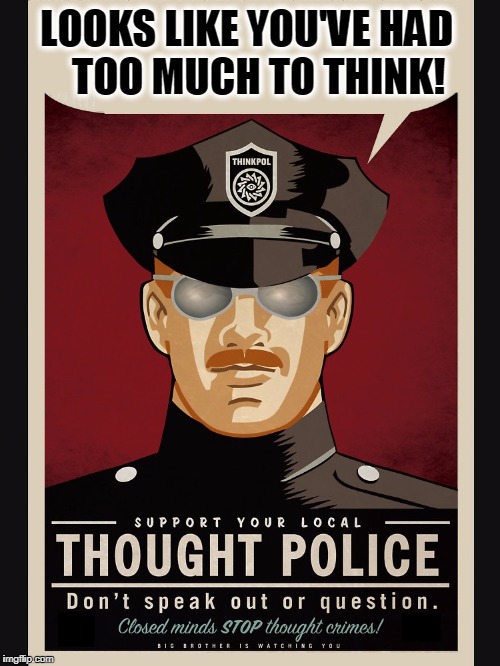 The next round of insanity came as Strathcona principal Hans Van Ginhoven sent out a letter to parents filled with much of the same claptrap as the school’s inane official statement, once again libeling the White Student Alliance’s reasonable and widely held concerns as “hate-filled”. Declaring that the student posts “tarnished a true celebration of Black contributions”, principal Ginhoven implied that the search had already begun for the identity of the White Student Alliance outlaws by saying “At this time, we do not know who created the account”.

The Edmonton School Board then joined the fray, declaring that they too were searching for the identity of the dastardly thought criminals. Trisha Estabrooks, chair of the Edmonton School Board, declared the Instagram page “blatantly racist” in an interview with Global News. Estabrooks also seemed to promise further changes to the school curriculum, saying that this would be part of the discussion moving forward.

Of course, given the context and what we have heard from the school authorities so far, this presumably means more “anti-racist” social justice content. She also said that the incident means that they should expend yet more words and time talking about “systemic racism in our education systems”. Additionally, she is writing to the Albertan education minister to “add Black history into Alberta’s curriculum in a meaningful way”.

As an aside, I hear that Alberta school boards are up for election in the October 2021 municipal races. I wonder if patriotic Edmontonians will rise up and vote the current radical leftist ideologues out of office and replace them with people who value free speech and open debate.

Now, how did our great impartial Canadian media cover this story? In their headline, Global News quoted the Strathcona school administration’s false designation of the group (“hate-filled“) and added the additional label “pro-white”. They quote the White Student Alliance’s use of the phrase “white lives matter”, which in the surrounding context obviously meant that white lives matter just as much as other races, but then add that this is “a phrase that has been tied to white nationalism and hate groups”.

Does anyone with a brain and good intentions actually believe that the Strathcona students were motivated by hate groups? We know what they were motivated by: radical leftist, social justice, critical race theory teaching sessions that they were forced to attend. But this type of defamation is just what Canadians have come to expect from our media. 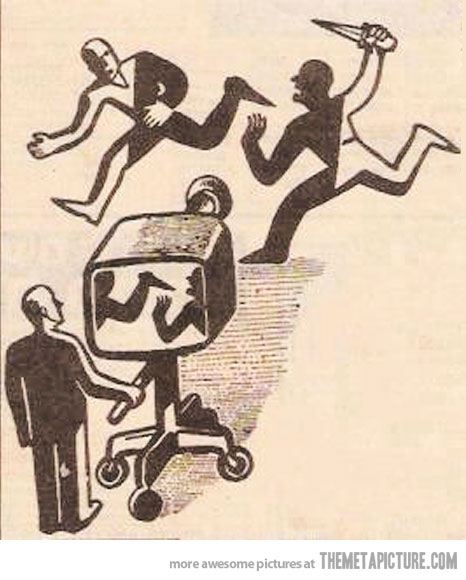 Global News goes on to reveal that the White Student Alliance had sent them a statement, but then refuses to actually provide the statement in the article. Instead, they quote a total of 7 words from it, and proceed to rip several of them apart. Two of the words are “reverse racism” (anti-white racism), a concept which the reader is informed that the Alberta Civil Liberties Center has decided is a myth! Our media overlords graciously allowed us to view three more words from the statement: “all lives matter”. We are then informed that this is “a term that many have described as being hurtful”.

So much for the media, ever our moral superiors, eager to remind us what to believe and what is beyond the bounds of acceptable thought. How did students react? I have no doubt that many, perhaps most, were secretly on board with the truth tellers at the White Student Alliance, but a sizable segment cheered on the witch hunt. Here are some screenshots I took of comments on the Instagram page, with the names blanked out for anonymity.

Some students hoped the White Student Alliance members would get severe consequences (a small selection of a number of possible examples):

Some students demonstrated their commitment to “anti-racism” by including anti-white slurs in their educated commentary:

What a shame that many students sided with the administration, choosing today’s reigning ideology of political correctness and critical race theory over the freedoms of their fellow students. Of course, it’s not surprising, given the extent to which modern Canadian society consistently devalues free speech and demonizes conservatives.

It’s interesting to note that the students who called on the school to rain fire and brimstone on the White Student Alliance probably, ironically, consider themselves to be fighting against the power structures of society. In reality, they are mindless drones, parroting the same talking points and holding the same opinions as all the major political parties, corporations, universities, banks, celebrities, talk show hosts, comedians, pop authors, academics, and Western governments. The true rebels in this story are the students who spoke out against the prevailing neoliberal leftist ideology of our society.

So, what really happened at Strathcona high school? The media and the school will tell you that the major event was a “blatantly racist”, “hate-filled” outburst of intolerance from a group of reprehensible students who need to be re-educated into accepting the “anti-racist” ideology of the day. In reality, however, the students who formed the White Student Alliance are brave individuals who spoke out against a publicly funded school indoctrinating students with critical race theory on the taxpayer dime.

The real injustice in this story is the radical Strathcona school administration and the unhinged Edmonton School Board initiating a witch hunt to destroy the lives of innocent students, the principal reporting them to the police, the police referring them to the Hate Crimes Unit, the media shamelessly libeling them, and intolerant students cheering it all on.

The freedom of speech has been handed down to us by our ancestors, a fire which every generation needs to keep alive. The fire is dying in Canada. Will we stand up to those killing it?