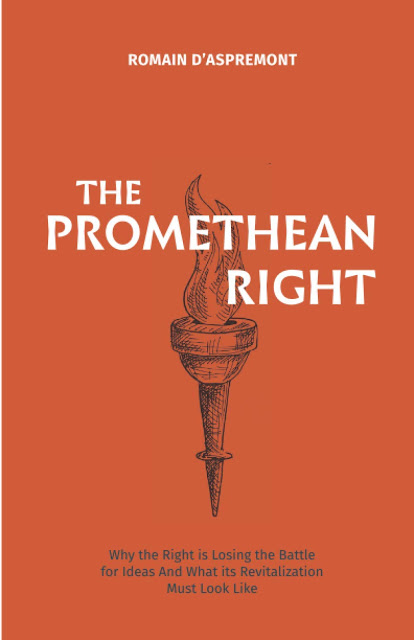 Unlike progressives, the conservative minded individual does not usually perceive political commitment as a religion. Consequently, many of them doubt the morality of their anti-immigrationist stance. For Michael Oakeshott, conservatism is neither a belief nor a doctrine, it is a disposition. Likewise, Alain Besançon thinks that “a good conservative must not [have any doctrine], because he only determines himself according to the circumstances.” To properly meet the Left’s challenge, however, the Right requires a mystic of equal potency: “A firm conviction is so irresistible that only a conviction of equal strength is likely to defeat it. Faith has no more severe enemies to fear than faith.” One of the Right’s main weaknesses is its pusillanimity, which takes its origin in an excessive deference to the voices of those long dead. The strong fear of disappointing the ancients and the models they’ve served has turned into a sort of paralysis. It is worthy to note that if right-wing individuals are promoting cautious ideas, it is less due to cowardice – for they usually have a great deal of temperament – than it is about an attachment to the past and its conservation. Fascism manages to escape this excessive prudence through the cult of youth and primeval instinct. It would be sterile to mimic our ancestors by imposing strict rules of conduct: for their spirit very much flows within us, whatever we do. Auguste Comte writes, “the dead govern the living” – therefore, to proclaim their reign is redundant.

Conservatism appears to be like an empty shell: without any ideological backbone, this becomes a perception often exploited by opponents. This explains why the conservatives so often look like they are betraying their convictions – so shakily anchored. The conservative is less an oak and more of a reed: he keeps on bending under the winds of left-wing progressivism. He does not see politics as the means to enforce an ideal society but as an end in itself.

Such confusion between the end and the means is the mother of all defeats. “In religion as in politics, success is always for believers, never for skeptics” – regardless of the nature of the ideology – the strength of doctrines promising a shining future comes from their ability to put history into motion. Communism has, for a long time, remained the only secular religion available: Jean-Claude Michéa writes that “since the 19th century, the Left has basically functioned as a substitute religion.” Today, the only political religion available is multiculturalist progressivism. Religion here is not a misnomer: leftism is a religion in its own right fully equipped with clergy, dogmas and crusades. All of this contributing to the Left’s sturdiness while facing the apparent failure of multiculturalism.

It does not matter that left-wing progressivism is based on nebulous scientific postulates. In politics, there is no true or false ideology. Socialism and its progressive excrescences can effectively subvert consciences. Even if the initial objectives are missed, its impact on reality remains substantial. Pareto also depicts socialism as, like all religions, both a useful imposture and an indispensable societal cement. This is another paradox of the conservatives: they usually value religion, but criticize progressivism as an irrational belief. However, Christianity is by no means less irrational or dogmatic.
The non-fascist Right has yet to produce a similar mystic.

As Nietzsche and Le Bon demonstrated for socialism, leftist ideologies are based on resentment toward the strong (verbalized as the need for “social justice”). Only the right-wing progressivism that was fascism evaded this type of resentment because, from all the ideologies based on the idea of progress, it is the only one that broke with Christian morality. In politics, everything is a matter of belief. Politically suicidal ideas can seduce even the most intelligent and cultivated men. The intellectual level of our elites does not prejudge the relevance of their political opinions: one can be a scientific genius while holding naive and suicidal political views.

By placing itself on purely rational ground, the Right ignores human emotions in order to build up a vibrant narrative. The German pre-Romantic movement Sturm und Drang is often described as conservative but held a belief that helped it escape the sterile cult of the past. Crafting an eternal novelty formed by past elements, mixing nostalgia with a desirable vision of the future, officially hostile to the idea of ​​Progress, the Stürmers did not espouse cyclical time, nor the idealization of past forms. They considered that progress must be sought, for the future is always able to generate new and aesthetically higher forms. It is by creating something new that man best celebrates the divine, in an organic and pantheistic worldview. They believed the future might be higher than the past (for it contains and prolongs it).

As Alain de Benoist puts it, German romantics “believe that destiny belongs to influential individuals, that will create a new world” – and yet not just a unique, homogeneous one. In contrast to the Enlightenment, they promoted diversity – not via multiculturalism, but through clear boundaries by preserving peoples’ individual genius. The romantics were not mainstream conservatives: focusing more on setting the future in motion than preserving the past.

The left-wing progressives hold no reverence for the past – which they regard as inferior because of its obsoleteness. This contempt is liberating: looking to the future, they see man as a “force that goes” (Victor Hugo). They obey the Nietzschean principle stating that “our destiny exercises its influence over us even when, as yet, we have not learned its nature: it is our future that lays down the law of our today.” We must take the future as the norm and unshackle ourselves from the past; asking ourselves “Whom do we want to become?” and not “Which past model should we mimic?”

The conservatives would argue that a new revolutionary adventure would be both too expensive in terms of human lives and a project doomed from the start. However, we must remember that the revolutionary Right has only been entitled to one real trial. The failure of Italian fascism was due to military defeat, and not internal collapse under the weight of contradiction – such as communism. We should note that Marxism is still well alive, if only through its national political sections: can the same be said for genuinely fascist parties in Europe?

The revolutionary Right is ranked among the “losers of history,” but it is the only Right to have ever attempted to shape history. If liberalism outlived fascism, it is also because it is considerably less demanding. It is far easier to embrace liberalism and its enjoyment mindset than to submit to fascism – to discipline, elitism, self-sacrifice. The failure of this ideology – embodied by a weak Italy – does not prejudge its value. Men truly shaped by fascism are worth a hundred times more than those half-men inhabiting our democratic metropolis.

According to the British ambassador in Rome, “the result [of Mussolini’s policy] is that Italians are now proud to be Italians, which was hardly the case ten years before.” Italians shared Mussolini’s vision of his people – weak, naive, incomplete – and adhered to his transformative project (until the first military defeats, at least). The 20th century was a time of experimentation, trials, mistakes – and horrors. However, to condemn the revolutionary Right by referring to the relative failure of the fascist experiment would be falling into the leftist trap. In terms of national regeneration, one must admit that the Vichy regime undertook – timidly – to eradicate the roots of evil, in contrast to the Gaullist regime. The Uriage School was created in December 1940 to train the future elites of the regime and, most importantly, lay “the foundations of a new civilization, virile, heroic, chivalrous” (Zeev Sternhell). Following the closing of the school by Laval, on December 27, 1942, the Uriage members joined the resistance and rallied to de Gaulle. Yet, their priority was less about liberating France from the German occupation than about national regeneration. They believed that de Gaulle did not go far enough, as his sole objective was to drive the Germans out and strengthen the Executive.

As a good conservative, de Gaulle did not bother to tackle the roots of decadence; he only cared about improving institutions and giving France an ambitious foreign policy without reforming society. Failing to immunize the increasingly hedonistic youth against cultural Marxism, it should come to no surprise his endeavours failed miserably.

He never planned to meet our civilizational crisis, arguing that the “current of movement” was just as “necessary” as the “current of order.” This provided further evidence of how inefficient conservatives were against progressives. Of course, de Gaulle was only the head of the French people, itself a part of the Christian Western civilization: he was neither Zarathustra nor the Antichrist.

Loving something often leads to conservative behaviour. It comes at no surprise to find in the Left a progressivism most virulent: here, Western self-hatred is boiling most intensely. It is unfortunate that the revolutionary attitude almost always goes hand in hand with self-hatred. Yet, sometimes what we love can only be saved through a revolution; it is precisely because we love the West that we must revolutionize it – or, as Alain de Benoist writes, “from a Sorelian point of view […], only a revolution can preserve what deserves it.”