War on the Past: Hamilton Could Remove Canada’s Oldest John A. Macdonald Statue 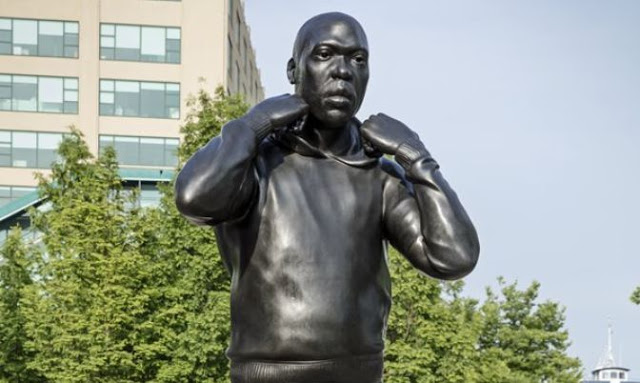 The war on Canada’s heritage is intensifying as the city council in Hamilton, Ontario prepares to remove a beautiful statue of our first prime minister erected in 1893.

Although predictably not covered by the CBC or any national media, Hamilton’s city council has declared the removal of the statue a “high priority item” to be discussed early in 2021. Activists have informed the city council that they “feel angry constantly seeing these colonial structures and statues”, and the council could be set to give in to their demands to tear them down.

After John A. Macdonald’s death in 1891, Hamilton decided to honour him by commissioning a bronze-cast statue from British sculptor George E. Wade. When the bronze-cast statue arrived in October 1893, a crowd of 20 000 onlookers gathered to watch its unveiling in the King and Hughson intersection, with then prime minister John Thompson in attendance. The crowd reportedly cheered as the 13th Battalion played “Hail to the Chief”.

Later relocated to Gore Park due to traffic issues, the statue has remained a historical city landmark, a source of pride for Hamiltonians, and of course a link to our country’s past. Every year on John A.’s birthday, the Sir John A. Macdonald Society places flowers at the base of the statue. There is a great article written by Hamilton’s library association detailing the history of the statue.

As far as I can tell, there were no suggestions to remove the statue until the 2000s, after a new critical outlook on Canada’s history had come to prominence in our schools, universities, governments and media. This new outlook reduces Canada to an illegitimate nation initially based on land theft in the 1600s, governed for 400 years by racist prime ministers who kept non-European immigrants out, and populated throughout by an evil population which enabled it all.

This outlook has never been held by a majority of Canadians, but the powers-that-be in academia, government, and the mass media have radicalized a small but powerful coalition of resentful immigrant activists, militant native organizations, and white Canadian activists ashamed of their own history. Once mobilized on a particular issue, this coalition does not stop until their goal is achieved.

Hamilton’s John A. statue is a prime example, with a radical leftist campaign being waged against it for years, ultimately culminating in the city’s pledge to remove the statue entirely. The statue has been vandalized with red paint, protests and pickets have been held around it, and a t-shirt was placed on it with words reading “Land Back”.

We have to understand the campaign of vandalism and protest against the statue which is now culminating in its planned removal not as an isolated event orchestrated by goofy ‘social justice warriors’, but rather as just another step in a sophisticated far left campaign.

The goal of this campaign is to eliminate all public celebration of the European founders of our country, replacing it with a distorted history which places non-European immigrants and natives at the center of Canadian history. We can see this happening in real time as statues are removed, the figures on currency are replaced, public buildings and streets are renamed, and textbooks are altered to emphasize ‘diverse’ (and largely historically irrelevant) minorities.

John A. Macdonald statues are a good example of this phenomenon: in environmental terms they can now be classified as an endangered species. A Maclean’s analysis in 2018 found that the number of statues in Canada had dropped to just 10, after Victoria removed its statue in front of the city council building.

The article is out of date already just two years later. It mentions a statue in Montreal, but of course this was torn down this past summer by a mob of black-clad left-wing activists. The Hamilton statue could be removed in 2021. This leaves us at 8 statues of John A. remaining.

The 8 remaining statues have almost all been vandalized by leftist saboteurs and intense pressure has been placed on local city councils to remove them. In Charlottetown, their statue was repeatedly vandalized and the council debated its removal, but has settled for now on placing a plaque next to it with information about injustices committed by the first prime minister.

A similar plaque was added to the John A. statue in Picton, Ontario, which had also been vandalized. The last remaining John A. statue in Western Canada, in Regina, may be removed – the city council is debating the question in 2021. Its nameplate was ripped off in an act of vandalism.

What all of this means is that we will probably live to see the removal of the last John A. Macdonald statue within our lifetime if we do not act. A city council that has made a compromise such as a plaque will no doubt be susceptible to a full removal down the road. If they refuse, the events in Montreal have shown that there are no legal consequences for simply tearing it down with ropes.

It is not just our first prime minister. Other statues which have come under fire include Samuel de Champlain, Captain George Vancouver, Egerton Ryerson, James Mcgill and Emily Murphy (the first female judge in the British Empire). Each stand accused of the cardinal sin of our times: racism.

It’s not only statues. Have you noticed that our money is changing? Viola Desmond, a black activist, has replaced John A. Macdonald on the 10-dollar bill. Sir Wilfried Laurier, our seventh prime minister, is set to be replaced in early 2021. The list of potential replacements includes two native chiefs, an Inuit artist, and a man whose main qualification for fame appears to be that he was the first Chinese person born in Canada.

The changes taking place in our culture are not the shifting sands of time, they are a concerted effort by a small cadre of cultural marxists who seek to eliminate traditional Canadian culture and change it into something it never has been. They are doing this against the will of the Canadian people.

Will we let a radical minority dictate what statues we cherish, who we put on our money, and what we name our public buildings? Even if you don’t particularly care about statues, it is worth considering other times in history where a silent majority has let itself be pushed around by a minority leftist cadre.

Alexander Solzhenitsyn lived through the Soviet Union, even doing time in a Gulag, and compiled his thoughts into a book: The Gulag Archipelago. He wrote that “to destroy a people, you must first sever their roots”. The leaders of the Soviet Union were masters in the art of historical revisionism of all kinds, most surreally shown with Stalin’s removal of people who had fallen out of favour from photos.

Many Canadians today certainly feel that our cultural ‘roots’ are being severed as our statues are removed and our history is rewritten to portray our ancestors as villains. But perhaps our fate is more similar to a different communist country, a little bit warmer and further south.

During the Cultural Revolution, Chairman Mao whipped up urban workers and university students into a fury, calling on them to wage war on the ‘Four Olds’: old customs, old culture, old habits, and old ideas. The campaign began with the renaming of city streets and places. Traditional values were removed from education. University students formed ‘Red Guard’ factions for the purpose of attacking and humiliating professors who were perceived to not hold the correct opinions.

Canada is experiencing the early stages of our very own Cultural Revolution, also spearheaded by radical students and activists aiming to destroy ‘old customs, old culture, old habits, and old ideas’. The majority of the country cherishes our culture and history, but if we stand by our country will be hijacked by people who hate it.

How we fight back

In our fight to save our statues, and our cherished heritage more generally, we must remember who it is we are fighting against: a coalition of activists united under a far left platform. They are generally young, often students, have lots of time on their hands for militant activities, and have significant institutional support in academia, many levels of government, and in the media.

The coalition has two main weaknesses, however. Their demands are supported by only a minority of Canadians, and their ideology is extremely radical. Our goals, therefore, must be to show the majority of Canadians that they are indeed in the majority – and to expose the often overlooked extremism inherent in the far left coalition.

To do this, we have to oppose every single move they make. This will force the media to cover the ongoing culture war and remind mainstream Canadians that their views are widely held. Most importantly, it will enrage the far left coalition, causing them to reveal their true beliefs. We have to fight them with such perseverance that, in anger, they reveal their support of the abolition of the nation-state, the imposition of open borders, and the destruction of Canadian culture.

Fighting back is really quite simple, and need not be dangerous if done correctly. We still have freedom of speech in this country. If the woke mob pressures your children’s school into changing its name, voice your concerns at every school meeting. If a statue is being removed in your town, write a letter to the local paper, spread the word on social media, and ask people with knowledge of the law or city regulations if there are ways to throw procedural wrenches into the process.

You don’t even need to demand the statue stay up, just demand a town hall dedicated to the issue, and once the town hall is called pack it with as many supporters of the statue as possible. If you are in a rural town, or any area of the country where conservatives still have the strength of numbers over Antifa militants have, an actual protest is always an option.

The most important thing to remember is that our cause is entirely just, morally right, and that all Canadians agreed with us until several decades ago. But there is no guarantee that we will win unless we fight. Let the opening salvos of the Statue War begin in Hamilton.