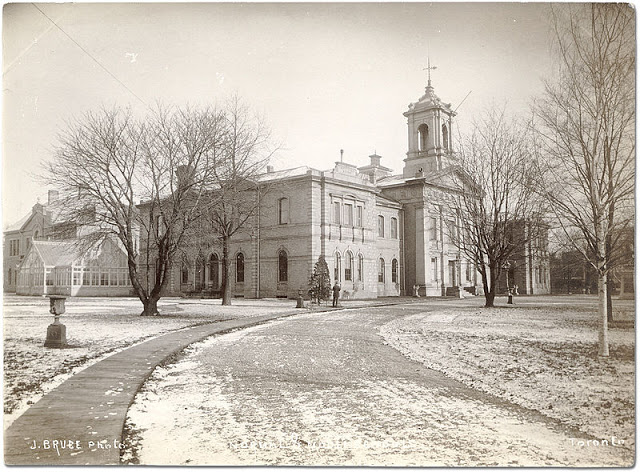 Toronto Normal School 1890
Not long ago I read from an “Anti-Racism” school newsletter that “if you identify as white, you are complicit in a system of white supremacy.” This is what Canadian children are learning in our schools. The mere statement that Whites created Canada, or that Canada was overwhelmingly Euro-Canadian throughout its history, over 96 percent as late as 1971, is now deemed to be an act of racial aggression. You are only allowed to speak about Whites to identify “Canada’s past racism”.
The teaching of history in our schools has been seriously harmed by the politics of diversity. Every single course in history from primary grades to high school is massively about the mistreatment of aboriginals and non-whites. Google the words “history of Canadian schools” and then click “images” — they are mostly about the “horrors” of “residential schools“.
You have to persist in your searchers if you want to find images of normal happy White schools in Canada. It took me a very long time to find and select these images. A few come from older Canadians posting pictures of their school classes in blogs, but most came from Toronto city archives and the Toronto District School Board, or from the archives of the schools themselves. In total contrast, the internet is plastered with millions of links and images about “racism in Canadian schools“.
This is not incidental. It is an intrinsic and inevitable component of The Great Replacement. Your history is being demonized and erased in tandem with your biological replacement.
The media abhors pictures in which everyone is happily and healthily White. The images you are about to see are of children now identified as members of a “white supremacist culture”, a “homophobic,” “sexist”, “patriarchal,” “bigoted,” “xenophobic” and “narrow-minded” nation. Don’t let them trampled your history and ancestors. These pictures were from a time when Canadians had far lower per capita incomes than today; and yet what stands out is how sensible, happy, and stable the children were, and how sane and rounded the education was. 1942 – Public Health Dept. Inoculations in gymnasium of a high school