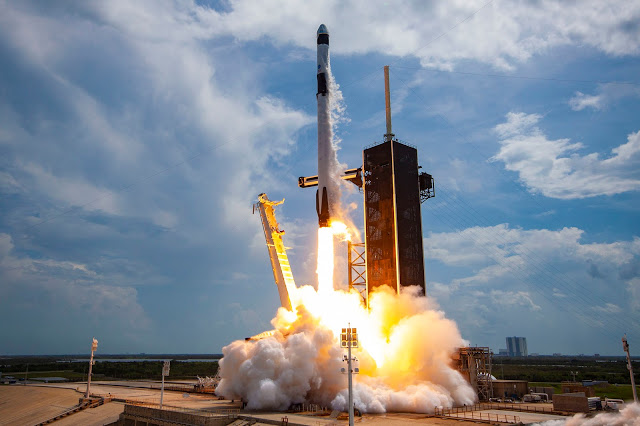 Every country needs a clutch of economic leaders, companies that dominate, or are internationally competitive in their respective fields. If, to paraphrase Carl Von Clausewitz, trade is war by other means, nations need bigger industries they way they used to need bigger battleships.

America has been in the forefront of this movement for more than 130 years with companies like Bell, Westinghouse, Ford, General Electric, Boeing, and now Apple, Microsoft, Tesla and Space X.

Other countries are no different: Mitsubishi, Honda, Yamaha and Kawasaki in Japan; Hyundai and Kia in Korea; SAAB and Volvo in Sweden; VW, Mercedes Benz and BMW in Germany; CZ in the Czech Republic, Rolls Royce in Britain, and so on.

The reason these national economic leaders are important is that industrial strength is a combination of technology and mass. It’s not good enough to have the best product, you have to have a lot of the best product. Germany, for example had the best tanks, machine guns, mortars, aircraft and rockets in WWII, just not enough of them. America had a second rate tank, the Sherman, but built so many of them its deficiencies didn’t matter. The Russians combined both concepts, a good tank, the T-34, and a great many of them.

So, domination in war, or in trade, requires a leading technology and mass manufacturing and market penetration. Very often, indeed, almost always, these two concepts need government funding. Space X, and Tesla, have received government subsidies and contracts which helped them at critical points in their development. So did all those other companies mentioned earlier. Mitsubishi, Mercedes Benz, BMW and Ford all built airplane engines, and much other military equipment, during the war with government funding.

We seem to forget the tremendous boost to manufacturing capacity and scientific progress caused by wartime spending because we equate the spending to the war. A better lesson to take away from industrial progress during the war is that governments decided what they wanted and challenged industry to provide it. To an amazing extent, they did.

This can happen in peacetime, of course, with a prime example being the Canadian Pacific Railway (CPR) which was completed with millions of dollars of federal grants and acreage despite numerous political and managerial issues.

All of which brings me to my point that Canada, which set the standard with the CPR has lost its way in recent years by fumbling the industrial ball time and time again.

There are a great many examples, but I’ll mention just four: A.V. Roe, Nortel, Blackberry and Bombardier. A.V. Roe developed a passenger jet (C102 Jetliner) and a superior fighter jet (the Avro Arrow). The Canadian government failed to support the former and cancelled the latter.

Nortel was a leading electronic switching company formed from Norther Electric. The Canadian government allowed competitors to steal its technology fatally damaging the company. Blackberry was a roaring success until it lost technology leadership and failed to get government support. And finally, Bombardier got lots of government money to develop the Dash-7 and C-series aircraft until, at the last moment, the government flinched in the face of U.S. sanctions and sold off the crown jewel to France.

I haven’t mentioned Atomic Energy of Canada because the history of the Canadian nuclear industry is so filled with government missteps it could make a grown man cry. Canada was right up there in the front of nuclear development and failed, failed completely, to carry through with this world winning technology.

What we need is a party that understands the need to marry technology to market leadership to public financing. This is not a hard concept. There are scores of examples around the world.

What on earth are we waiting for?