Joseph Henrich Claims Whites Are The Most Trusting, Fair, Honest, and Decent People in the World — 3 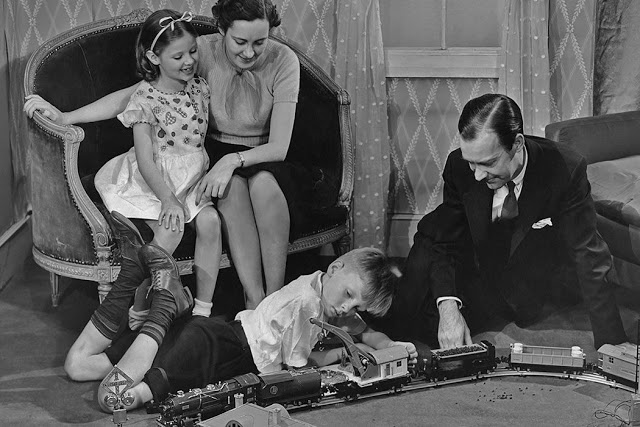 This is outrageous it’s unfair. Harvard Professor Joseph Henrich believes there is now extensive evidence showing that whites are more “honest,” “trusting,” “cooperative with foreigners,” and “self-reflective” than non-whites, who are “psychologically wired” to be “two-faced,” “hypocritical”, “nepotistic,” “tribal”, “conformist,” and without proper analytical skills to make impartial decisions.

We are now examining the first chapter of Henrich’s book, The WEIRDest People. Obviously, Henrich does not frame the words I cited above (pp. 21-58) in explicitly racial terms, but there is no getting around the fact that he draws a sharp contrast between the WEIRD Western world created by whites and the non-WEIRD world prevalent among non-whites. He plays up the usual tropes about how “we should celebrate diversity” and is careful to delineate that in “highlighting the peculiarities of WEIRD” white people, he is “not denigrating” non-whites (p.31).

But let’s be “honest”: would you rather live in a white-created nation where the vast majority of its citizens care “to distinguish themselves as relentlessly honest individuals governed by impartial principles” (p.30), or would you rather live in a Western nation populated by millions of immigrants willing to “lie” to give their “in-group” friends unfair advantages, favor their own ethnic groups, without the least concern for “impartial fairness and probity”?

Henrich is caught up in a big dilemma: he has published the most evidence-based book showing that whites created the most prosperous and attractive nations in the world because they came to develop a very different set of psychological traits for “trust, fairness, honesty, and cooperation with anonymous others” — yet he also supports the globalist Biden/Corporate mandate to intensify the importation of masses of immigrants who lack these WEIRD dispositions. It is indeed comical to witness Henrich retweet these words (Nov 20) from a white male student obsessed with blacks and inclusion:

This book is a GAME CHANGER!

Break out of your WEIRD (Western, Educated, Industrialized, Rich, Democratic) bubble and start to imagine how we might learn from each other to collectively build a future that is more compassionate, sustainable and inclusive.

Henrich is not just virtue signaling. One of the key unspoken messages of his book is that, insofar as “individualistic countries are less inclined to distinguish in-groups from out-groups, more willing to help immigrants, and less firmly wedded to tradition and custom” (p. 30), they are more susceptible to propaganda for the inclusion of millions of foreigners into their homelands.

But why would he employ his theory to support the inclusion of “non-WEIRD” immigrants who stand to erode the fair-minded institutions of whites? Because an explicit message of his book is that the WEIRD characteristics of whites should not be viewed “as fixed, essential, or immutable features” but as culturally acquired features. These are not genetically-based traits. “Westerners became psychologically unusual” as their kinship based groups were demolished during the Middle Ages.

However, at the same time, Henrich does not want to say that the mere act of inhabiting a WEIRD cultural setting will automatically bring about a change in one’s psychology within a few years. He is talking about deep changes in the wiring of the neurology of the brain, including changes in “aspects of perception, memory, attention, reasoning, motivation, decision-making, and moral judgement” (p. 23). In a chapter we will examine later, he provides evidence of second generation immigrants who “often re-create the intensive kin-based institutions found in their countries of origin” (p. 243).

Henrich is nevertheless committed to the integration of growing masses of immigrants. This commitment is now the officially declared mission of almost every university in the entire Western world. It is the mission of Harvard University where Henrich works. You may think that some disciplines in the social sciences, such as psychology and economics, are too preoccupied with scientific methodologies to fall prey to political mandates. But they have. They either accept quietly the biggest policy mandate we have witnessed in human history — the racial diversification of all white nations — or they implicitly endorse this mandate by committing their research to the creation of “more humane social relations” and to the promotion of  “cooperation among races”. What do you think Harvard University means when it claims a “commitment to the transformative power of a liberal arts“?

Even the field of evolutionary psychology, for all its Darwinian principles, is now committed to the “successful” cooperation of multiple races inside the West. Henrich recently tweeted an announcement about some books which included The Kindness of Strangers: How a Selfish Ape Invented a New Moral Code. Check it out:  it is implicitly aimed at persuading whites that if they are to avoid being “selfish apes” they should reject “nationalism” and embrace the inclusion of millions of Africans. The so-called “sceptic” Michael Shermer loves it.

This is the world that Henrich inhabits. It is a world in which white men are terrified to question the commitment of their universities and societies to “Racial and Structural Equity”? These words come from Andrew Brady.  What do you think Brady means when he retorts: “Break out of your WEIRD bubble”? He means that whites should avoid becoming arrogant about their WEIRD personality but should instead employ this personality to “scale up” (a term Henrich regularly uses) their cooperation by welcoming millions of Africans into their nations. “Learn from each other [from immigrants and non-whites] to collectively build a future that is more compassionate, sustainable and inclusive.”

On first reading, it may seem odd that a WEIRD person with a disposition to be, in the words of Henrich, “highly individualistic,” “self-obsessed,” and “non-conformist,” will insist on building a future “collectively”. But it is not odd once you realize, as I started arguing in parts 1 and 2 of this extended review, that Western societies cannot be identified, as Henrich believes, as places where individuals with their own particular standards and judgments govern the culture. WEIRD individuals are more individualistic and self-reflective, but in all societies there are shared beliefs, attitudes, and prejudices, which most individuals take for granted and “find already formed” when they are born. The ideology of diversity is mandated by the state and across all the institutions of the West. No one is allowed to question it; rather, a “critical thinker” is someone who shares these values and is “critical” of those who disagree. Brady calls himself a “critical thinker with a desire to make an impact“.

On the Moral Communities of WEIRD Whites

It is indeed an implicit message running through Henrich’s book that as Westerners come to understand the historical roots of their WEIRD psychology, they will become more tolerant of those who are non-WEIRD, and will work with them to integrate them “successfully” into Western societies. He thinks it is possible, as modernization may be demonstrating, to socialize non-Whites to start acting WEIRD. He provides a survey showing that “the fully urbanized undergraduates at the University of Nairobi (a European style institution) look much more like their American counterparts, with most of their responses referencing their personal attributes or individual achievements” (26).

On the other hand, in regards to the hyper modernized Japanese, he observes that

Japan is noteworthy because its formal legal institutions are nearly an exact replica of America’s, but those institutions operate very differently because people’s underlying psychology is different (52).

This raises all kinds of issues and complications we will be thinking about as we go on reviewing this very important book. Did the Japanese manage to become very rational and scientific, acquiring some WEIRD attributes, while carefully avoiding others, breaking up their tribal divisions in order to create a broader sense of in-group identity as members of an ethnic Japanese nation, without naively calling upon the Japanese to trust masses of foreign immigrants from nepotistic cultures? If so, why does Henrich assume that “building broader social networks” regardless of nationality and cultural background, between WEIRD whites and immigrants, is a necessary attribute of an “innovative” and “liberal” culture, even when there is a lot of evidence indicating that immigrants impose a very high social cost and even when it is obvious that open reflection about diversity is prohibited in the West?

This brings me to one more argument in chapter 1 about “the willingness of WEIRD people to ignore others’ opinions, preferences, and requests,” in contrast to the habitual disposition of non-WEIRD people to conform to the norms of their kinship groups and authority figures. Is it really true that “WEIRD people don’t value conformity or see ‘obedience’ as a virtue”? Henrich provides evidence of the “strength of the conformity effect in the Asch Conformity Experiment across 10 diverse populations” showing that WEIRD people are the least conformist. I agree that whites, relatively speaking, are more inclined to dig into their own minds to find justifications for their beliefs. But this issue requires a lot more examination.

It seems to me that Kevin MacDonald is correct that the lack of kinship ties among whites has not precluded them from creating “moral communities” with very powerful collective norms against dissidents. For MacDonald, as I explained in my extended review of his book, Individualism and the Western Liberal Tradition:

The West today is not dominated by free-wheeling individuals. It is dominated by extremely powerful “moral communities” in the media, universities, “civil rights” organizations, political parties, and business groups. These moral communities are “pervasive throughout the institutional structures of the West”. The “conventional morality and intellectual discourse” of the West is dominated by “leftist ideologies of race and ethnicity”. While the “cohesion” of these communities is not grounded in ethnic ties, it is still “tribal” in the sense that those who dissent from its values are “socially ostracized” and curtailed in their ability to make a living.

However successful Henrich has been in his impartial and analytical efforts, we should keep in mind the moral community within which this book was written and within which it is being welcomed. It is a cultural Marxist community. I am approaching it as a dissident who would like whites to create a cultural nationalist community. We should question Henrich’s assumption that being a WEIRD white means scaling up Western nations to include endless masses of immigrants. WEIRD whites were very nationalistic not long ago. Being WEIRD means independence from kinship ties, which means having the freedom to create communities based on norms deliberated upon. It should not mean accepting without critical reflection the moral collective mandate for diversity. Let’s talk about being WEIRD and NATIONALISTIC at the same time. This is the ideological struggle of our times.