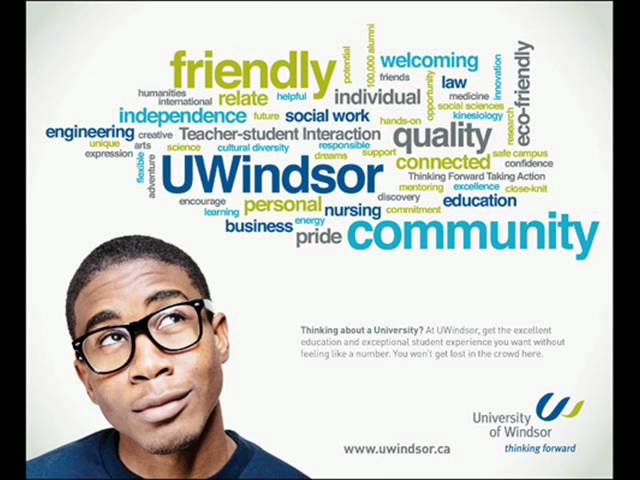 Editor’s Note: This article was originally posted in Paul Craig Roberts’s website. In a previous version of this editorial note I had confused Roberts with someone else, a former Marxist or leftist, but as a commenter pointed out, Roberts was not a leftist but a “proponent of supply side economics.” (See the comment below by “Curmudgeon_49”). In fact, Roberts has been a very successful academic and journalist with many articles in established newspapers and magazines, such as Commentary, The Public Interest, The National Interest, Policy Review, National Review, Harper’s, the New York Times, The Washington Post, The Los Angeles Times, Fortune, London Times, The Financial Times, TLS, The Spectator, Le Figaro, Liberation. He has even testified before committees of Congress on 30 occasions. (See here). This makes his entry into white identity politics, in my view, all the more unusual, considering that he was so deeply inside the establishment. Much credit is due to Roberts for recognizing the most important political phenomenon in modern history: the Great Replacement and the established orchestration of hatred against the group responsible for most of the greatest achievements in history. In this article Roberts even mentions Kevin MacDonald, Jared Taylor, Jean Raspail, with quotes and links to TOO articles.
*****

For a number of years I have witnessed the disappearance of the white male from the publications and fund-raising materials sent to me by Georgia Tech and Merton College, Oxford University. The materials feature women and foreigners, and I am puzzled that the institutions believe that a person who remembers his college differently from what now exists can resonate with the fund-raising materials. The materials remind me that the educational institutions that I attended no longer exist. It is strange beasts for which they appeal to me for support.

Georgia Tech was a state supported school for in-state male students. The tuition was nominal. Merton College was a men’s college, and those in attendance were mainly British. Today both have large foreign and large female contingents.

At my granddaughter’s graduation from Stanford University, also in the first decade of this new century, I was impressed by the large number of foreign students. I had been a member of the Stanford faculty in the 1970s and remember an elite university filled with Americans.

Obviously, the large numbers of foreign students in American and British universities and the large number of women in formerly men’s colleges explain their appearance in the schools’ publications. But it does not explain the emphasis on women and “people of color.” The emphasis can be so overdone that one can get the impression that white males are something to be ashamed of.

And indeed they are. James Watson, co-discoverer of the double helix structure of DNA, had all his titles and honors revoked for acknowledging the scientific evidence that IQ varies by race. The governors of Oriel College, Oxford, voted to remove the statue of college benefactor and provider of scholarships to numerous students, Cecil Rhodes. Cambridge University is removing monuments and memorials to distinguished scientists and college leaders including the founder of modern statistics.

To understand the distorted mental framework that leads to erasing famous men of science and the benefactor of Oxford’s famous Rhodes Scholarships, consider that the University of Wisconsin has decided to erase a large boulder on campus because 95 years ago a newspaper referred to the rock using a word regarded today as a racial slur. According to the university, this means that the rock, an inanimate object, is racist and must be removed from campus — https://www.breitbart.com/education/2020/11/18/university-of-wisconsin-declares-large-rock-to-be-racist-votes-to-remove/ .

Consider what it means that in American and British universities a person’s status does not depend on his achievements but on the opinion of ignorant, uneducated, “woke” morons who can have him erased based on nothing but their own ignorance.

Consider what it means that an inanimate object has to be removed because it reminds black quota admissions on scholarship of the oppression that they suffer. White racism is so extensive that even rocks are imbued with it, and black students cannot walk past the rock without feeling stigmatized and inferior. Such emotionally and mentally weak people are the population of a superpower?

The consequence of “systemic racism” becoming the American paradigm is deadly for whites and for their civilization into which they have foolishly welcomed hostile others. Some Americans are beginning to notice. Twelve days ago Megyn Kelly pulled her children out of the elite New York schools which have joined the demonize whitey movement and announced that the family is leaving New York as their place of residence.

Jane Moss in her essay, “Motherhood Changed the Way I See Race,” writes:

Over the past 20 years I have raised the most reviled creature on the planet — a healthy white male: my son. It was only after he was born that I began to fully notice the relentless propaganda of the mainstream media, and how it promotes miscegenation and presents men like my son as bumbling, weak fools. I saw how our people’s history is appropriated and manipulated in arts and entertainment, and how our nation’s heroes are twisted and discredited — their monuments torn down and replaced. I’ve shopped for children’s books and been unable to find one with a protagonist who was a positive example of a white man. I’ve filled out countless college and scholarship applications only to find that opportunities for white men are reduced or blocked entirely — regardless of his good grades and impressive test scores. Each of these things, combined with my experiences at work, pushed me toward the truth about which race is truly disenfranchised and oppressed in our country. It was a realization that fully awoke the protective mothering instincts inside me — https://www.amren.com/blog/2020/05/motherhood-changed-the-way-i-see-race/ .

Kevin MacDonald, Jared Taylor, Jean Raspail and a handful of others have warned for decades that ideas with which white people are being indoctrinated destroy their self-confidence and their ability to stand up for themselves. For their trouble they were dismissed from the conversation. Wikepedia dismisses Kevin MacDonald as “an American anti-semitic conspiracy theorist, white supremacist, and a retired professor of psychology at California State University, Long Beach.”

Dismissal was the liberal-left’s old technique. Today you are erased. Edmund Connelly writes that white Americans are now being visually displaced and are becoming invisible in their own country.

Connelly writes that as a consequence of the bold and growing efforts of those who demonize white people,

The white male has become the monstrous Other in his own nation, a nation he does not recognize and that no longer recognizes him.

To demonstrate the disappearance of the white American male, Connelly examines the advertisements that we see every day. White males do not appear in them, and white females appear only with black males. As visual images help to form our sense of ourselves, the erasure of the white male removes from society’s picture of itself the backbone of Western civilization and presents white women as the property of black men.

You can peruse Connelly’s collection of advertisements here and see that they support his text:

The uniformity of the advertisements and the clarity of the message make it clear that this is not just the coincidental result of happy talk multiculturalism. It is purposeful conditioning that redefines the white male in society as an undesirable element.

The reason that Trump is hated by the liberal-left is that he represents the demonized element in our society—the white male.