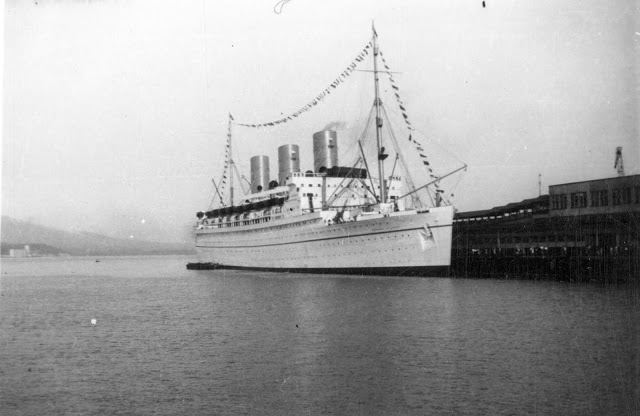 In 1910, Ottawa appointed B.C. Judge Dennis Murphy to investigate alleged Chinese immigration frauds. His investigation and the information he uncovered are very relevant in 2020. His investigation contradicts the “Poor Chinese” story that Chinese in Canada have told for decades in order to get unjustified sympathy for Canada’s Chinese and unjustified high immigration of Chinese to Canada. One of the main ways the Chinese used to enter Canada illegally was to stow away on ships headed for Canada. Two ships that were used by stowaways were The Empress of Japan and The Kumeric.

The following were six fraudulent methods which Chinese used to enter Canada in the years 1904-10. Beside each are some of Justice Murphy’s findings.

After the Head Tax was raised to $500 in 1904, legal Chinese immigration decreased greatly. However, illegal Chinese labourer immigration increased greatly. Judge Murphy pointed to the case in August, 1910 of the ship called the Kumeric in which 53 stowaways were apprehended. One of the stowaways who had been caught in an earlier March, 1910 attempt, confessed that in that earlier March endeavour, twenty stowaways had landed successfully in Vancouver. Justice Murphy concluded: “…it is clear that the number of stowaways who have entered Canada in the past is only limited to the number who attempted that route….” (P.25) In other words, the number was probably very large. Some Canadian witnesses described the number of Chinese stowaways descending from ships as “armies of Chinese”.

Chinese labourer stowaways used the three major passenger shipping lines (C.P.R. Lines, the Blue Funnel Lines and the Bank Line) as well as tramp steamers to get to Canada. Most of these ships had Chinese crews. In fact, the crews on the Blue Funnel and Bank Lines were almost all Chinese. Justice Murphy concluded that stowing away was “an organized scheme” and that crew members, particularly on the Blue Funnel and Bank Lines, were involved. (P.22) It is probable that they profited by aiding the stowaways in (a) getting aboard the ships, (b) obtaining food while on the ship and (c) getting safely off the ships. The Chinese took great advantage of the inadequate security at west coast Canadian ports.

For example, in Vancouver, only one government watchman was employed to guard a ship. A Secret Service man who investigated this issue, found that most of these men were of poor character. They were frequently intoxicated on their 12 hour night shifts (6PM to 6AM) or took long meal breaks and left the gangplank completely unguarded. At Union Bay on Vancouver Island, where the large Blue Funnel and Bank Lines ships, as well as small tramp steamers, re-fuelled with coal, stowaways could leave the ships with virtual impunity. No government watchman was present.

In Vancouver, no harbour patrol existed. Ships could arrive, report their arrival a day later, and, in the meantime, unload a cargo of stowaways. It was more difficult to get away with this in Victoria. (P.24) However, at the port of Nanaimo, no watchmen were employed (P.24) and entry was easy.

(2) Fraud Method #2: Chinese Crews on Ships Pretended to be Residents of Canada and Obtained Re-Entry Permits

Members of Chinese crews (ranging from 80 to 120 on each of the large ships) went ashore, changed their attire, then went to Canadian government officials and pretended that they were residents of Canada. They asked for RE-ENTRY TO CANADA permits which would allow them to visit China and return within a year, as provided by Canada’s Immigration Act. Having obtained the permits, they changed their attire once more, re-boarded their ship and headed for China. Once back in China, they sold the permits at a good profit to people who wanted to go to Canada and avoid paying the $500 Head Tax. The only stumbling block was that the physical characteristics of the buyer had to resemble the physical characteristics of the vendor crew member. Those characteristics had been written on the re-entry certificate. by immigration officials in Vancouver. (This was before the age of passports.) Justice Murphy concluded that the number of Chinese entering Canada illegally in this way was probably few.

(3) Fraud Method #3: Chinese Residents of Canada Pretended They Wanted to Make a Trip to China and Then Return to Canada

In reality, they had no intention of coming back to Canada. They wanted to sell the Re-ENTRY TO CANADA PERMIT in China. Once there, they sold the permit at a good profit to a Chinese labourer who wanted to come to Canada. Justice Murphy estimated that there was probably extensive abuse of this “Re-Entry” permit system. The permits did not have photographs on them. Identifying the ”re-entrants” consisted of matching a set of physical characteristics, recorded at the time of the labourer’s first entry into Canada, with the characteristics of the labourer holding the re-entry certificate. This was a haphazard system and open to abuse. In the case of ships coming to Vancouver, YIP ON, the Chinese interpreter who lived in Vancouver, went to Victoria with a White officer, met the ship and boarded it. On the way back to Vancouver, YIP ON had the opportunity to talk to re-entering labourers, in a language his White companion did not understand and to make “arrangements” (getting bribes) from them so that they could enter Canada successfully. YIP ON had the job of calling out the physical characteristics of the re-entrant to a Canadian immigration officer and could easily omit characteristics which did not apply. As Justice Murphy notes, Yip On was “often seen in the Government office at night copying physical descriptions from the books, particularly just before Oriental boats were scheduled to arrive” in Vancouver. (P.26) He was an obvious crook. Yip On and the former interpreter (Yip On’s brother Charley Yip Yen, who had returned to China), both had been given positions of trust, but both betrayed the trust. A lengthy investigation resulted in Yip On’s suspension from his position on September 16, 1910 and deportation of a number of “Passport Men Merchants” he was responsible for bringing in. It later resulted in his disappearance from Canada—probably because he feared criminal prosecution for the fraud he had committed.

Immigration law allowed a merchant to bring in his wife, sons and daughters and not have to pay the HEAD TAX on them. Chinese used the title “Merchant” to import the sons of non-blood-related Chinese. They would charge other Chinese a fee to take that person’s son to Canada. The number of exempt “sons” brought into B.C. increased from 16 in 1904 to 462 in 1910—an indication that word had spread on how Chinese could exploit the definition of the word “sons” and evade the Head Tax on those illegals. The total of “exempts” in B.C. alone in 1910 was 497. In the period, 1904 to 1910, a total of 1503 exempted “sons” entered Canada. In other words, “Sons” had become merchandise. The real “business” that some “Merchants” were involved in was “trafficking”– making money on cheating Canada out of the Head Tax on “sons”. The federal government tried to prevent cheating by interviewing the “sons” and “father” separately to detect discrepancies in stories, but the interpreter Yip On was involved in the story-translations. In Justice Murphy’s view, Yip On undoubtedly tried to disguise the cheating—in return for a fee from the people involved. The Chinese documentation that was provided about birth dates and parents was regarded as very unreliable.

There were two problems with the immigration law. One was that the word “merchant” was not defined in the act. In Justice Murphy’s words, “Chinese could…enter Canada as merchants without being merchants in the sense intended by Parliament”. (P.30) Around 400 did so from 1904 to 1910— All “Merchants” had to do was put some money into a business in China to familiarize themselves with the business. They did not have to bring a minimum amount of money to invest in Canada and they did not have to engage in business in Canada. Many of these “merchants” were mere employees of the business or had nothing to do with the business. In 1910, there were 528 Chinese firms with 2561 members registered in B.C.