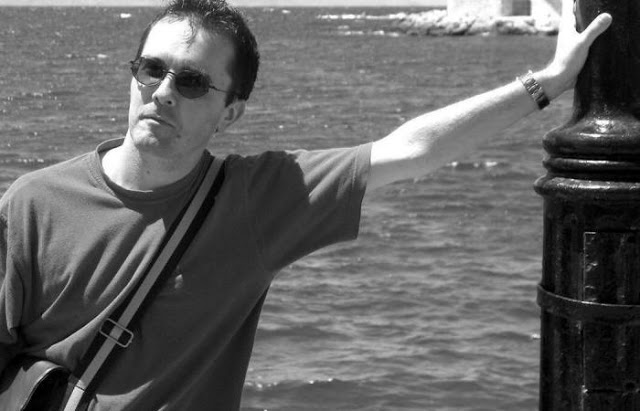 There comes a time in your life when you have the choice between violating your conscience or obeying the dictates of your soul. This is especially true in the increasingly totalitarian West.

When French teacher Samuel Paty received his curriculum topic of free speech, he showed pictures of the Charlie Hebdo Mohammed cartoons to his students, the same ones that provoked the massacre in 2015. He surely knew the potential consequences, but refused to give in to fear. To the shock of civilized society, he was executed and beheaded for this in broad daylight on October 16th.

In recent years France has become close to 10% Muslim (not to mention millions of other non-white immigrants) and issues that were long ago laid to rest in the Republic have risen to the surface once more. France abolished the offence of blasphemy in 1791, but in recent years outspoken members of the Muslim population have attempted to enforce it once more, whether by an Islamic form of cancel culture or more simply by the rifle and machete.

When Charlie Hebdo, a controversial magazine founded in 1970, published a cartoon including an image of Mohammed in 2015, men with rifles entered their Paris office. They killed twelve people and injured eleven others, before going on to attack a Jewish supermarket.

The trials for this event are ongoing this year, and the violence has continued. On September 29th, 25-year old Zaher Hassan Mahmood attacked and wounded two people outside the Charlie Hebdo office with a meat cleaver. And of course yesterday History and Geography teacher Samuel Paty at the ‘College (middle school) du Bois d’Aulne’ in Conflans-Sainte-Honorine outside Paris was murdered.

In addition to History and Geography, Samuel Paty also taught a course on moral and civic education. France prides itself on teaching its youth the values of Liberty, Equality, and Fraternity. In a class debate on Free Speech he showed pictures of the Charlie Hebdo cartoons, topical because they had instigated a debate on free speech just five years prior. Accounts of what exactly took place in the classroom differ, but it was alleged that he asked Muslim students to leave the class while he showed the images. Islam prohibits depictions of the Prophet.

The outcry was instantaneous and of epic proportion. Muslim students told their parents. An outraged father posted a video (which has now been removed by YT) denouncing Samuel as a “thug” and calling on parents to mobilize to have him fired from teaching. He gives his phone number, asking other concerned parents to message him. His half-sister joined the Islamic State in 2014. One parent launched an official complaint with the school. The school launched an investigation which concluded that Samuel acted appropriately.

Abdelhakim Sefrioui, an outspoken Islamic activist denounced the teacher in a video posted online – also calling him a thug. In a debate on French TV, Jean Messiha quoted a colleague of Samuel’s who speaks of an outcry from many Muslim parents and also mentions the fact that teachers are scared of teaching in the ‘banlieues’ – neighbourhoods outside Paris with high populations of immigrants and Muslims.

After days of threats received by the school, Samuel Paty was executed and beheaded by 18-year old Muslim Chechen refugee Abdoullakh Abouyezidvitch. Samuel was walking home to his wife and kids after the last day of school before Toussaint, the All Saints school holiday. His killer was waiting for him outside. He lived 100 kilometres away, with no connection to the school, so he must have heard about Samuel’s blasphemy via the internet.

Samuel Paty was a hero who exemplified true courage in a country rapidly falling backwards into barbarism as a foreign population threatens to transform its culture.

Don’t think we’re so different. Canada’s Muslim population grew to 1,053,945 in 2011 from 579,640 in 2001, and has undoubtedly grown by a similar number since then. We will inevitably face a debate over blasphemy against Islam in Canada.

It is a disturbing certainty that mainstream politicians will not stand up for us. We see their glowing tweets on Ramadan, the pictures of our prime minister praying with Muslim worshippers, and Kathleen Wynne sitting quietly in the back of an Ontario mosque wearing a hijab. We felt the betrayal when Erin O’toole lauded the contribution of Muslims “to the economy, culture, and beauty of our country” on the holiday of Eid. And in 2017 we watched as parliament voted 201-91 to pass Iqra Khalid’s anti-islamophobia motion.

It will be up to us, the citizens, to stand up for our cherished freedom of speech if we have our own version of the Charlie Hebdo attacks. There is no doubt that Canadians will behave bravely and with dignity when that day comes, but don’t have to let it get to that point. Nearly half of Canadians (a number that would rise depending on who was polled) view Islam unfavourably. We still have time to make our voices heard. We must pressure our politicians to enact legislation to stop the Islamisation of our country.