New Perversions of the Left: The ‘Black Owned’ Movement 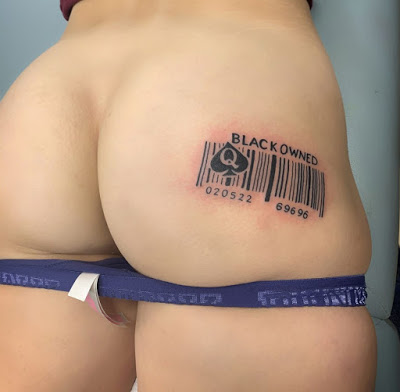 When German socialists surveyed their country after WWI, they were shocked at the way nationalism had trumped worker solidarity. Young men, in their hundreds of thousands, flocked to the colors and died in the trenches of the Western Front instead of raising the red banner of revolution in Berlin.

As a result, Carl Grünberg, a Jewish Marxist professor of law at the University of Vienna, founded the Institute for Social Research (Institut für Sozialforschung) in Frankfurt in 1923. This ‘Frankfurt School’ eventually determined the strength of nationalism lay in its idea of the national family, belief in the patriarchy and idealization of the family unit. To defeat it, thinkers at the school argued for the breakdown and destruction of the nuclear family.

Shortly before this, Magnus Hirschfeld, a Jewish doctor and sexologist, and an early promoter of deviant sexuality, founded the Institute for Sexual Research (Institut für Sexualwissenschaft) in Berlin. Although his aim was just to legalize homosexuality in Germany, his activities exactly reinforced the program of the Frankfurt School

This was to promote female sexual liberation, prostitution, promiscuity, transgenderism, homosexuality and to oppose religion, morality and monogamy. With the rise of the National Socialists, who were appalled at these ideas, the Frankfurt school fled to America where it re-established itself at Columbia University.

The Wikipedia entry on this is full of intellectual jargon. A clearer picture can be found at Conservapedia. The goal of the school, now called ‘cultural Marxism,’ was simplicity itself; destroy the family.

If (the) family unit is no longer self-sustaining and no longer valued in the society, then its individual members, who formerly could turn to the family for support in times of need, would now be cut loose. They would be without the place to go hence forced to turn to the government and its institutions.

Well, we’ve seen how this program has progressed in America. First there was the civil rights movement, then the women’s liberation movement, the birth control pill, legalized abortion, widespread marriage breakdown, freelance prostitution, on-line pornography and now Black Lives Matter and the issue of reparations for slavery.

Each step along the way has furthered the goals of Cultural Marxism as laid out by the Frankfurt School. Indeed, the current acceptance of miscegenation, transgenderism and socialism among the young in the United States is the direct outcome of Critical Race Theory being taught in the Universities by Marxist professors.

This theory posits that white men are basically all rapists, racists and murderers and need to be surgically, emotionally or socially castrated. One way to do this has now presented itself to progressive women and Millennials generally: the ‘Black Owned’ movement.

This idea builds on female fascination with the large sexual equipment of black men. Women who want to only have sex with blacks get a Queen of Spades tattoo, often on their ankle. Sometimes, as illustrated, they tattoo themselves as a piece of meat that is ‘black owned.’ I’m not just talking about single women here. Married women do this as well, cutting their white husbands off from all sex and even caging their sexual organs and forcing them to watch them commit adultery. You can imagine what this cuckolding does to family values and the family unit.

But that’s not all. A new perversion of the left has emerged called the ‘black owned couples’ movement. In this, the husband, as well as the wife, present themselves to a black lover/master to be whipped, buggered and degraded. There are pictures on-line of white couples on their knees, some with butt plugs, waiting to be taken by their black master.

Their argument, no doubt, is that by accepting this degradation, they are paying for the degradation of black slaves centuries ago. The final cherry on top of this activity is that the woman is not taking precautions and the couple looks forward to being the proud parents of a multi-racial baby.

Cultural Marxism has but one more step to go and we’ve started to see this in attacks on white police officers. Random white men will soon, very soon, be hunted down in the streets and killed just because they are white. When that happens, destruction of the American family will be complete, communism will triumph, and civilization as we know it will be over.

Either way, if I may paraphrase a real German, Carl von Clausewitz, sex is the continuation of politics by other means.