Why The White Man Should Be Comfortable Being Called A Racist 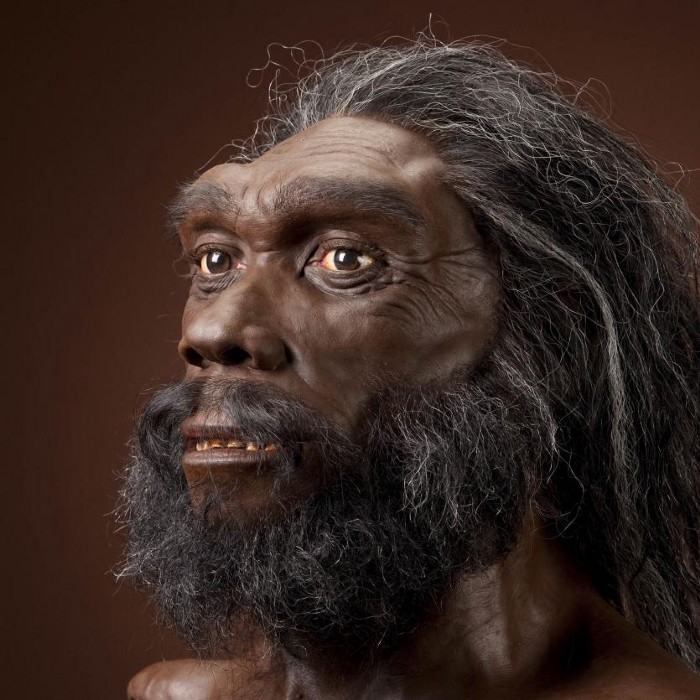 When Steve Bannon, a political strategist for Donald Trump, told party members of the French National Front to embrace the term racist as a badge of honor, it was clear that identity politics was playing a significant role in national elections across the modern world. According to Mr. Bannon, being called a racist meant being on the right team.

The definition of the word racist has come a long way from its original incarnation nearly a hundred years ago. At that time, identity politics didn’t have a role in its definition. However, even then its meaning wasn’t any less convoluted in its pretext of a supposed superior race. This could have been a literary reaction to the eugenics movement of that time. According to the Oxford Dictionary of Philosophy (2008), which helps to establish a legal framework around word definitions, the word racism means:

The inability or refusal to recognize the rights, needs, dignity, or value of people of particular races or geographical origins. More widely, the devaluation of various traits of character or intelligence as ‘typical’ of particular peoples. The category of race may itself be challenged, as implying an inference from trivial superficial differences of appearance to allegedly significant underlying differences of nature; increasingly evolutionary evidence suggests that the dispersal of one original people into different geographical locations is a relatively recent and genetically insignificant matter.

It is important to note that the editor of the Oxford Dictionary decided to incorporate both a narrow and broader scope to his overall definition of the word. The first definition in a narrow sense talks of a refusal to recognize the basic human rights and needs of a certain racial group. However, the meaning goes off tangent in its wider irrelevant implication when it tries to warn against a categorization of traits as it applies to the intelligence or character of a particular race of people. So, if the mean average IQ of a Negro Kenyan or Nigerian is recorded at 80 points and the average IQ of a Mongoloid Korean or Chinese is recorded at 105 points, the Negro is objectively assessed as having an undervalued average intelligence to that of the Asian. One would be called out as being a racist simply by recognizing this scientific fact.

It used to be that those who studied racial differences were called “racialists”. Not anymore according to John Simpson, editor of the Oxford English Dictionary Online:

Racialism and racialist are older terms, dating from the early 20th Century. When the words were first used in the early 1900s, they loosely referred to semi-anthropological theories about biological differences among races. It was a way that people tried to legitimise racist beliefs and practices, but over the years scientists rejected such theories. Within 20 years or so, people had begun to shorten the terms to racism and racist, possibly to give the words more impact.

It seems the editor of the Oxford English Dictionary Online called for a “word burning” of the word “racialist” to be replaced with the word “racist” because he decided it was out of date with today’s science and, moreover, didn’t carry as large a social impact. It’s obvious that today’s dictionary editors are in the business of political propaganda. And the nonsense doesn’t end there. According to John McWhorter, a professor at Columbia University, the word racist is protean, meaning that it is fluid in its definition over time. To him, one is a racist simply for making someone of the Negro race feel subjectively unpleasant. He states:

Today, racist means not only burning a cross on someone’s lawn or even telling someone to go home, but also what feels unpleasant to someone of a race—as in what I as a person of that race don’t like. It has gone from being mean to someone to, also, what feels mean to me.

Mr. McWhorter believes everyone should be thinking of the feelings of the black man. This goes back to why Steve Bannon is advocating the word be normalized. If it is one group’s political hammer to bash another political group, then the way to nullify its impact is to harden one’s armour by accepting it as one’s identity.

And it is no surprise that white people are the main recipients of the accusation of racism. In fact, it is being argued that black people can’t be racist. Groups like Democracy Now give credence to authors like Sobantu Mzwakali who say that racism is an institution of white power to systematically enslave the black man.

Being damned if we do and damned if we don’t, the white man can’t avoid being labelled a racist in today’s current political milieu. So why not embrace it?

It’s intellectually dishonest to obfuscate being a racialist to that of being a racist. If I notice that the top ten fastest runners in the world for the hundred meter dash are all Negroes, and thus theorize that the Negro might have a superior trait for running fast, I could be labelled racist (not a racialist) and be regarded as having no credible scientific position. Or if I notice that the top ten world chess players have been Caucasian, again I am castigated as being a racist because I am somehow theorizing for a superior race rather than objectively observing a superior racial trait.
This would be ok for me to do in the animal kingdom if I were to say that the greyhound has a superior trait for running over the bloodhound, but its not ok in the “holy” human kingdom where all men are allegedly created equal. And this sentiment does seem to be included in the Oxford legal definition when, on the one hand, it defines racism as discriminating against a person’s race, but then goes on to state that race may not exist whatsoever. Even if Oxford is trying to make the case that a White man is an extension of a so-called original ancestor in the black man, whether true or not, it doesn’t discount significant trait differences that can be taxonomically relevant. Blue eyes, for example, according to a 2007 Oxford study, is a “trivial or superficial” trait, yet this trait was also found to be correlatively integral to demonstrating a higher on average ability for strategic thinking. Oxford is not taking into account correlations between cosmetic features and deeper physical and cognitive functions, and this is why there is a form of sophistry being added to the definition. There are contextually irrelevant value judgements being stated, and it’s highly oxymoronic in factoring race, and then stating that race doesn’t necessarily exist.

I believe I am far too honest on average to agree with the wider egalitarian premise for the definition of racism. I believe there is a taxonomical justification to regard differences in racial traits and don’t go with the supremacist position of Oxford with its implication that intelligence is a trait valued above all others and therefore subject to forced denial in its group particularism.

Notice that Oxford doesn’t warn against devaluating racial physical ability traits like running or fighting, thus implying that these capabilities are unworthy of the human condition. This reeks of the academic arrogance required to socially engineer a populace towards a form of classism. And it has been speculated that the upper classes use race-baiting politics as a sociological buffer against the working class.

Normalizing the word racism would be their greatest fear because then there isn’t a club to brow beat the common man with. God forbid that the common European man is unified against the psychological whip of racism because then the ivory towers would eventually have to come down.