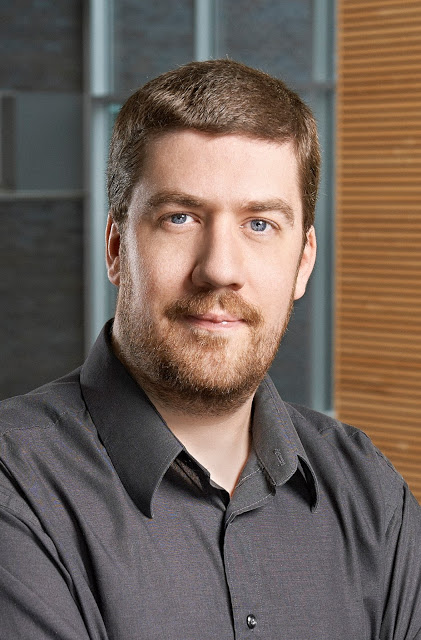 In what he believes to be an act of enormous heroism, Emmett Macfarlane, tweeted “Burn Congress Down” if Senate Majority Leader Mitch McConnell (R-KY) attempts to replace Supreme Court Justice Ruth Bader Ginsburg.

One would think that someone who specializes in constitutional law and the Supreme Court of Canada would know that McConnell and Trump have every constitutional right to seek a new nominee for the Supreme Court of the United States. He does know. But in the world of academia today it is standard for professors to manipulate the truth, historical evidence, liberal-democratic principles, whatever evidence they encounter, to serve the ultimate goal of destroying Western civilization in the name of diversity, the breakup of the nuclear family, and the elevation of foreign non-whites and sexually disturbed individuals to the highest offices.

As Breitbart reported, right after he tweeted this call to blacks to destroy Congress, Emmett Macfarlane “protected his account on Twitter.” You can be sure The University of Waterloo, where he teaches, will protect him, and Twitter will not suspend him.

I interacted with Macfarlane in Twitter. He is one of countless academics who have snitched to the authorities against me over the past decade, and asked Twitter to ban me. He is a typical white male academic without ideas of his own who simply regurgitates what he heard as an undergraduate. He is afraid of thinking critically about the major ideas and policies currently dominating the Western world. He accepts everything TD Bank, Costco, Walmart, and Tim Hortons say about diversity and “gay pride”.

The way for white academic men to advance in academia is to triple down against “whiteness” and “patriarchy”. You can imagine what this entails. It entails the most pathetic forms of degrading behaviors a man could ever do. It means walking on all fours in front of women and foreign immigrant men.

Foreign academics have an incipient, instinctive revulsion against white male academics. It is a law of nature. No one can respect someone who trashes his own ancestors, history, and family. They are disgusted by this, but, of course, they love getting handouts and using their positions to advance brown immigrants against “white racists”.

But students see through these cowardly, closed-minded academics. Check Macfarlane at Rate My Professors. Most of the students say he is “Awful”. “BOOOOring!” “Mediocre lecturer”. He does not lecture much: “His power points just consist of pictures and graphs, but you can’t really make notes from what he says – The majority of the class session is just students talking”.

Terrible reviews of his teaching have made it to Twitter: “Boring prof…He’s a midwit who thinks he’s the smartest guy in the room. He doesn’t like contrarians so you learn quick to regurgitate if you want an A.”

I can’t emphasized enough how awful most of the leftist academics dominating our universities are. The feminists fit every stereotype you can imagine: lazy, childless, excitable, and unattractive.

As far as publication record goes, Macfarlane is reasonably competent. His main flaw is the flaw of every white male academic: he is terrified to think in a masculine manner.

In our Twitter exchange, I asked him a simple question: “Can you show me how a moratorium on immigration is inconsistent with Canada’s constitutional principles and the principles of liberalism”? His response was to babble a few things about “racism”, and to question my credentials on the basis of an article where I am identified as a “White Supremacist“.

This is the standard reply of those currently dedicated to “higher learning”. I asked him for a debate. He then ran away. They are afraid to debate us because we would clearly win the debate. It is very simple, really: Why are whites the only race obligated to diversify their nations, trash their history, show “humanitarian compassion” for violent blacks and Pakistani rape gangs, celebrate the mediocre achievements of non-whites, and suppress their vastly superior achievements?

Ask her why she tolerates a person who is calling for violence and for the destruction of government buildings? Ask her why she thinks that questioning mass immigration is a greater crime than objecting to reckless violence against innocent Americans?