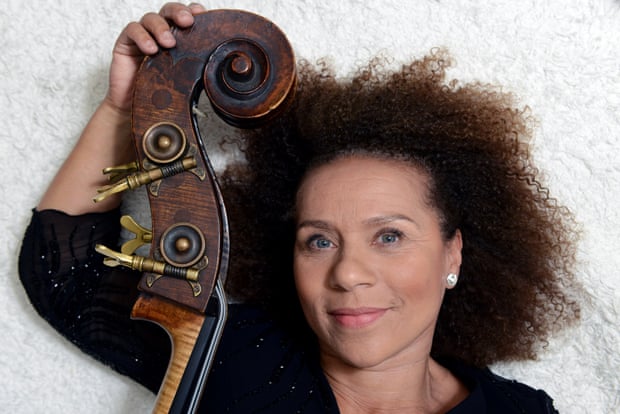 Classical music is one of the last conservative domains not yet infected with a full-blown case of cultural Marxism, but this is not for a lack of trying. While orchestras have long required ‘blind’ auditions, where the candidate performs behind a screen to avoid any bias, this is now considered ‘racist’ because it does not give minorities an (undeserved) advantage. In the leftist logic that threatens to dominate our thought, it is so racist that it is not racist enough(!?). Despite these inroads it is still possible to find a non-commercial classical music radio station that plays 6 hours or more of uninterrupted ‘dead white guys’, as the left, in their usual simplistic attempts to articulate anything beyond the most simple and basic thoughts, likes to call the greatest composers in the history of mankind.

Controversy erupted again in August, when for the first time in its 125 year history, the BBC decreed that the Last Night of the Proms would not feature a vocal version of Rule Britannia and Land of Hope and Glory, although an instrumental version of both pieces was to be performed for the September 12 finale. The BBC, in consultation with Finnish conductor Dalia Stasevska, had originally tried to remove the songs altogether, but after a backlash decided just to cancel the lyrics.

The Last Night is usually a rabble rousing patriotic finale to the usual eight week Proms festival of concerts held mainly in London. Of course this year’s event is much scaled down, but even the plague cannot deter the British from continuing their traditions with a stiff upper lip.

What is wrong with the lyrics, you ask. Just the usual ‘colonialism’ and ‘oppression’, and ‘blah blah blah’. Specifically, for Rule Britannia it is the second line ‘Britons never, never, never shall be slaves,’ because apparently the word ‘slave’ is an unword that cannot be spoken. Either that, or the idea that ‘Britons shall never be slaves’ is wrongthink. Or both. Other objectionable lyrics include the words “God” and “Empire”. Referencing Rule Britannia, Chi-chi Nwanoku, a black activist living in luxury in Britain believes “it offensive!” (sic), as do many other new arrivals from countries that sold their inhabitants into slavery before it was outlawed by the, um, British.

But now, on September 2, in a rare turnaround, the left has admitted their attempts to strongarm an entire nation have failed, and they have conceded defeat; the pieces will now be played with the text as usual. This comes only after Prime Minister Boris Johnson and Tory ministers Oliver Dowden and Alok Sharma intervened in the discussion, a new Director of the BBC took office, and a petition with over 100,000 signatures was presented. Even Labour leader Sir Keir Starmer was pleased with the decision to reinstate the words.

So now a big sigh of relief, at least from the traditionalists. The nation and the rest of the Anglophile world can sing along to the patriotic hits. The BBC had initially named Covid-19 as the reason for the original intention of playing orchestral versions of the two pieces, but their subsequent U-turn has revealed the truth: it was always about censoring and cancelling the best parts of a nation’s culture.

You can listen live to The Last Night of the Proms on BBC Radio 3 on September 12 at 3:00 pm EDT, and for 29 days after it is first broadcast.