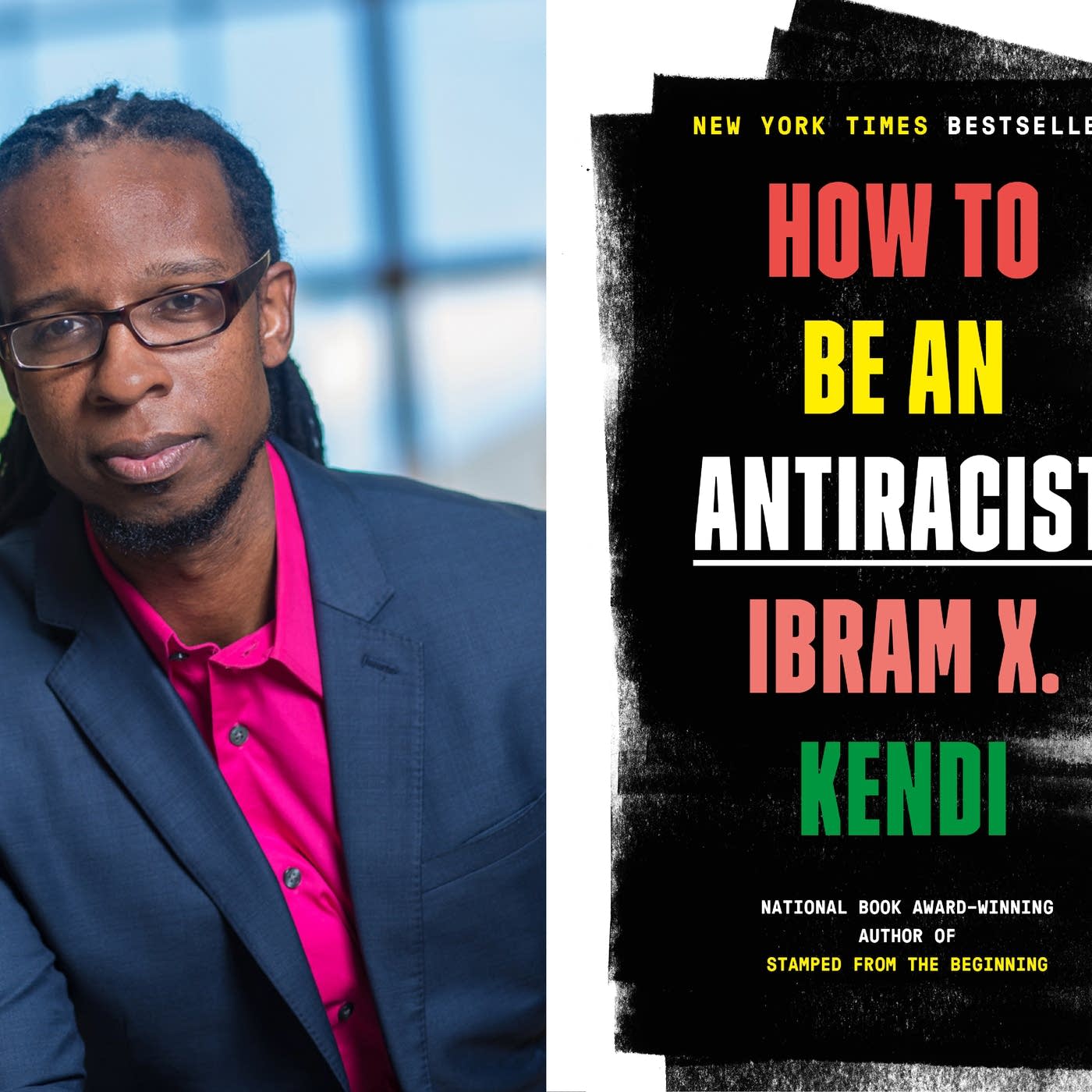 Ibram is now a multimillonaire condeming working class whites for their racism.

In further evidence of the internationalization of American racial politics, the University of Victoria Students’ Society sent out an email this month detailing their response to the Black Lives Matter protest movement.

First on the agenda is the Learning Allyship & Solidarity Book Club, which focuses on authors who reveal “forms of institutionalized oppressions that overwhelmingly affect BIPOC communities”. For those who haven’t been keeping up with the latest additions to the Newspeak dictionary, BIPOC means “Black, Indigenous, and People of Colour”. In other words, everyone except Europeans. There will be monthly meetings devoted to “learning and unlearning internal biases as they relate to race, white supremacy, and how we view the world today”.

What works of high literature will be read at this book club? Here are some titles:

Let’s take a look at what just a couple of these esteemed racial provocateurs have to say.

She is an anti-racism educator who is hired to speak at workplaces across the United States, holding mandatory anti-racist workshops for the employees. This has turned out to be quite a lucrative business for her: Diangelo made 12 000$ for a two hour session at the University of Kentucky [1]. Her books include What Does It Mean to Be White? (2012), Is Everyone Really Equal? An Introduction to Key Concepts in Social Justice Education (2012), and the now famous White Fragility (2018).

I encourage all readers to investigate Diangelo’s racial philosophy, since her views are spreading from academia into private and public social institutions at an increasingly rapid rate due to the Black Lives Matter protest movement. From May to June, 437 289 copies of White Fragility were sold – up from 18, 492 in the two previous months [2]. The primary purchasers are also her main targets: Diangelo’s main focus is on the ways in which progressive Whites fall short of achieving true anti-racism.

Over the last decades, progressives have been seeing racism in more and more aspects of society, as can be seen by opinion polls on the meaning of the confederate flag and the causes of black poverty, among other issues [3]. It is in this climate that white progressives have been willing to shell out as much as 165$ for a Diangelo workshop [4]. The short version of what is taught at these workshops is that White people, though they may not be explicitly racist or supremacist, are complicit in a system of white supremacy that exerts an influence on everything from our vocabulary to our schools. The remedy for White people is a constant searching of the soul in an effort to essentially be the most accommodating and understanding of people of colour we can possibly be.

Perhaps the only audience truly psychologically predisposed to accepting Diangelo’s racial philosophy without caveats is White progressives, but even if true that’s still a large portion of the White population. What is especially troubling is that youngsters with basic notions of minority rights and compassion can be exposed to Diangelo’s radical extension of progressive racial thought and become embroiled in self-hatred and White guilt.

Here are some key Diangelo quotes:

People of color may also hold prejudices and discriminate against white people, but they lack the social and institutional power that transforms their prejudice and discrimination into racism.

It is white people’s responsibility to be less fragile; people of color don’t need to twist themselves into knots trying to navigate us as painlessly as possible.

He is a prominent academic and professor at American University, a somewhat prestigious private research university in Washington D.C. . He has written The Black Campus Movement (2012), Stamped From the Beginning (2016), How to be an Anti-Racist (2019), Stamped: Racism, Anti-Racism, and You (2020), and the baby picture book Anti-Racist Baby (2020). Anti-Racist Baby includes such gems as “Babies are taught to be racist or antiracist – there’s no neutrality”.

A #1 New York Times Bestseller, Anti-Racist Baby has been featured on Good Morning America, NPR’s Morning Edition, CBS This Morning, and more. Benefitting from the same Black Lives Matter book sales boom as White Fragility, Stamped From the Beginning sold 3 000 copies from March to April 2020, and then 139,928 from May to June [5].

Kendi is also the director of the Antiracist Research & Policy Center, a project launched less than two months ago. The policy center was recently given a 10 million dollar no-strings-attached donation by Jack Dorsey, CEO of Twitter [6].

The sort of research this astronomically high amount of money will be used for is evident from a recent article written by professor Kendi in Politico[7]. His solution to address racial inequality in the United States is to pass an anti-racist amendment to the constitution.

The amendment would stipulate that races are equal, and any difference in racial outcomes is evidence of racist policy. It would also establish a Department of Anti-Racism responsible for monitoring racist speech by public officials and preclearing all laws to ensure that none produce differences in racial outcomes. Though a soft-spoken man in interviews, these types of Orwellian ideas are commonplace in Ibram X. Kendi’s racial philosophy, as can be seen from the following quotes.

Here are some quotes by this amazing philosopher: Due to the “difficult conversations”, “uncomfortable truths” inherent in the “anti-racist” book club, there will be a counsellor from the Peer Support Centre sitting in on each virtual session. It is easy to dismiss this as another outbreak of ‘snowflake’ behaviour from coddled university students, and this is true to an extent, but there is another potentially interesting explanation. Perhaps you can already see it from some of the quotes above.

The book club promises to be “overwhelming, emotional, and at times, make you question many truths about yourself, and the way you view the world”. Overwhelming? Emotional? Painful introspection? The language of this sentence in particular makes it apparent who this book club counsellor is meant for: White students.

The counsellor isn’t going to be there for a distraught person of colour discovering the horrors his ancestors endured. They will be there for White students, emotionally broken from having been told by educators that their ethnic group alone is responsible for all modern social ills and historical atrocities. The counsellor will be there to explain to the crying 18 year-old European Canadian girl, fresh from high school, how she can redeem herself for the various blood libels levelled against her race.Needless to say, I have joined the book club in order to investigate and glean what information I can. Hopefully I won’t need to call up the counsellor to relieve my inevitable shame over being a member of the first race to abolish slavery.