The coronavirus was initially viewed by many nationalists as a great boon to our cause, despite its inherent tragedy. It’s a perfect storm: a plague from a foreign land caused by a combination of barbaric Asian food practices and a government coverup by one of the West’s greatest geopolitical enemies. Surely, Western governments would be forced to cut off immigration due to the fall in employment caused by the virus, at least briefly. China would be brought to heel at last, and their decades old plan to advance the interests of the Han people at the expense of the world and the West would be revealed to the public. Alas, a man can dream.

These benefits have not accrued to the West at large, and Canada is no exception. Eschewing the immigration restrictionism and anti-China legislation, which has characterized the Trump administration’s response to the virus [1], the Liberal government and its supporters are doubling down on the multicultural consensus. Even more troubling is the newest counter-intuitive information on the effect of the pandemic on our native birth rates.

A study in the journal Science titled “The COVID-19 pandemic and human fertility” explains that the effect of the coronavirus on fertility rates depends on the income level of the country it impacts [2]. Although many people predicted a baby boom resulting from couples staying at home together during quarantine, the newest data indicates that the fertility rate of high-income nations like Canada will actually fall as a result of the virus.

One reason behind this is the high prevalence of Assisted Reproductive Technology (ART) in higher income countries due to women delaying childbirth until later in life [3]. During the lockdown, most ART cycles were either suspended or cancelled. School closures which force parents to raise the kids at home are leading to planned kids being deferred and less desire for more kids at all. The economic devastation caused by business closures and lost jobs during the lockdown will also reduce fertility, in the same way that the recession of 2008 reduced fertility in the developed world [4].

By contrast, fertility rates in the rural areas of low-income countries will likely rise – although it is unclear whether this effect will extend to their urban areas or whether it will continue far beyond the pandemic.

According to the study, fertility rates in high-income countries will rebound to pre-pandemic levels provided that our economies eventually recover, schools reopen, and women who need it start using reproductive assistance technology once more. But it’s unlikely that there will be a compensatory boom as is sometimes experienced after disaster-induced fertility declines, given that the economic recovery will likely be gradual and there is no drive to replace lost children as often occurs after disasters (since children have such a low covid mortality rate). It seems then that Canada will have to contend with a long road to a full recovery of our fertility rate, depending on economic factors largely out of our control.

If the news that third world fertility is rising while Canadian birth rates fall wasn’t dark enough for you, you’ll want to hear how one of the more well-known Canadian pro-immigration websites is portraying it. Canada Immigration Newsletter [5] meticulously documents all changes to the immigration system, making it a valuable resource for nationalists despite its pro-immigrant viewpoint. Despite noting that immigration accounted for 82% of population growth in the early months of 2020 and will account for 100% by 2034, the newsletter pushes for a further increase in immigration levels to rectify the fall in fertility [6].

They quote a CBC article in which economist Elizabeth Gugi claims that immigration is the only way to address Canada’s aging population without increasing taxes for social services [7]. This alleged economist did not take into account the fact that immigrants cost Canada 23 billion dollars a year by paying half as much income tax as we do and using the same amount of social services [8]. 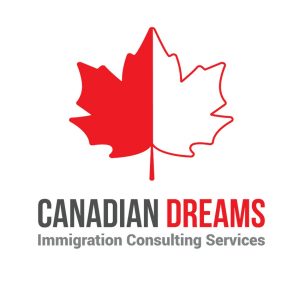 Their dreams, not ours

On June 23rd Canadian immigration minister Mark Mendecino went even further, claiming that immigration is actually an essential part of Canada’s economic recovery [9]. This is despite 76% of Canadians supporting a total pause on immigration during the pandemic [10]. The Liberal government will not impose temporary immigration restriction despite the measure’s popularity because that would be an admission that immigration, touted as a socioeconomic panacea in the Trudeau philosophy, is at times a negative pressure on workers. Citizens, as usual, will be told to not believe their lying eyes. Immigrants are vibrant and diverse and are therefore exempt from having an effect on the supply and demand of labour.

European Canadians were 72% of the population in 2016, despite being 96% in 1971. The Trudeau government has welcomed more immigrants since then, speeding up the demographic transformation of a formerly homogeneous nation. In a cruel twist, pro-immigration forces are now using a decline in the native fertility rate caused by a virus to justify increasing the amount of immigrants.

Imagine if this situation played out in any other way. Charities notice a drop in the Kenyan birth rate following a drought and push for Western immigrants to arrive and replace the Kenyans that would have been born. Applied to any other country, replacing natives with outgroup members to stabilize the population at an arbitrary number would be correctly seen as a human rights abuse.

As native fertility falls and immigration rises, ethnic fractures and ‘progressive’ racial double standards will become more apparent to wider society. We will continue to push for policies recognizing Canada as a sanctuary for Canadians and the only homeland European Canadians will ever know, a nation whose essential nature is inextricably linked to its founding people.