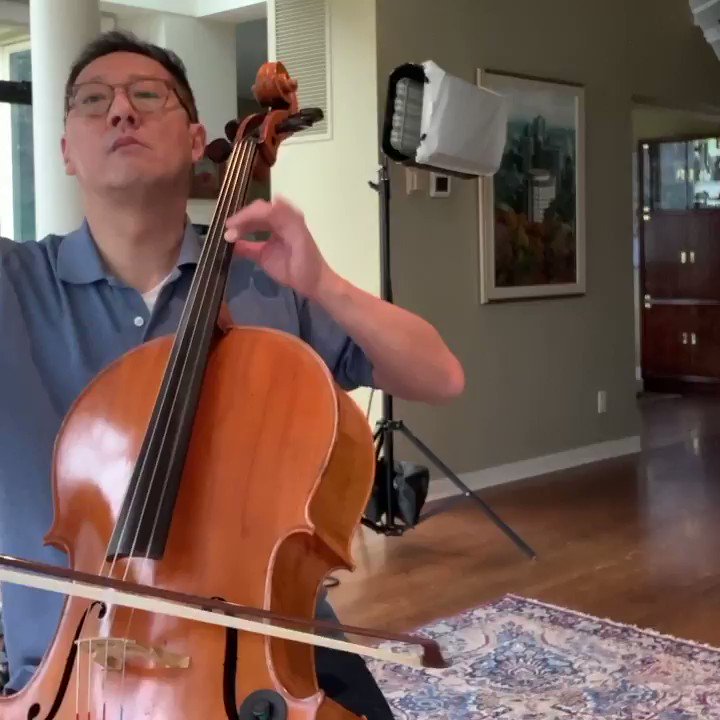 You would think that with all the looting, the statistics showing blacks are 39 times more likely to commit a violent crime against a white than vice versa, the billions of dollars white taxpayers have paid to create the best possible schools for blacks, the decades of affirmative action, the endless celebration of black culture in the media, the presence of blacks in almost every advertisement, the rap music on Sunday mornings in CBC radio — you would think that universities might reflect critically, for once, about black and white relations in the West in light of the destructive George Floyd riots.

Let’s examine one case from which these cited words are taken: The University of British Columbia, the third biggest university in Canada. It started with a rather odd tweet sent on May 31 by president Santa Ono to the UBC community of himself playing a “song” in his cello dedicated “to George Floyd & everyone who is suffering today from racial injustice“. The next day he released an open Letter to the UBC Community, “Together against Racism and Injustice” announcing that his office plans “to diversify our community at every level through defined programs”. What could Santa Ono mean by the words “at every level” considering that white students are currently a minority at UBC, every member in the Faculty of Arts is a leftist, there are numerous institutes and programs dedicated to diversity, and there is a massive “Equity and Inclusion Office” with an army of 23 professional race hustlers  working every day to “assessing, planning, developing, and monitoring” efforts to make UBC “diverse and inclusive”?

We are not joking, whites are already a minority at UBC. In 2015, the Vancouver Sun reported that only 35% of the student population was white, with white males accounting “for only about one in six students.” The proportion of Chinese students alone was 39 percent. We can safely assume there are less white students in 2020. Will a lower percentage of white student applicants be admitted to make space for foreign students who pay significantly higher tuition fees? It is well known that university administrators crave after the much higher fees of international students to finance their hyper-inflated salaries and bloated diversity offices. For the record: international students at UBC numbered 16,322(!) for the 2017/18 calendar year, of which the majority were Chinese.

Ono says he wants to “ensure adequate resources to implement the goals and actions of the Inclusion Action Plan“. This plan was implemented by UBC’s Executive in December 2019. Its basic goal is to attract and retain “the best and brightest students, staff, and faculty from around the world”. Never mind the immorality of a program dedicated to enticing the “best and brightest” from the Third World where they are most needed, we know that this program is inherently anti-white. Contrariwise, why does Ono write in his Letter to the UBC Community that he wants to meet with “Black Caucus and the Asian Canadian Community Engagement Group”, as well as the Indigenous community, without a word about meeting an European ethnic group?

“We will be organizing a series of public engagements focused on anti-racism”, says Ono. What could this possibly entail if not an all out war against white students? The Equity and Inclusion Office, as I said, is already engaged every day in “institution-wide efforts to create a supportive environment for working, learning and living where respect, diversity, opportunity and inclusion are valued.” And this office is the tip of a massive iceberg. Here is a list of some of the academic programs and institutes dedicated to “principles of equity and social justice,” “ethnicity and immigration”, “equitable outcomes”, “transformative knowledge”, etc:

This is not all. “UBC has academic programs and concentrations specifically addressing Aboriginal topics and many courses with significant Aboriginal or Indigenous content.” All the courses in the Department of Sociology are dedicated to cultural Marxism with a long list of courses on “Culture and Power; Race, Ethnicity and Immigration”. The Department of History has a few courses on European history, which consist mostly in condemnations of white imperialism, whereas the descriptions of courses on Asia and non-whites generally are positively about their achievements, backed by multiple courses on “Ethnicity, Race and Nationalism; Gender, Sexuality, and the Body; Migration, Borderlands, and Transnational History; Culture/Power/History; First Nations, Aboriginal, and Indigenous History”.

The School of Social Work is all about “critical transformative knowledge” against “white racism”. There is a little Institute of European Studies which is distinctly preoccupied with immigration and the threat of “right wing populism” in Europe. You don’t believe me? Take a look at their “Speaker Series” for the calendar year 2019/20, you will find titles such as “Radical Diversity: Postmigrant Perspectives on Art, Culture and Politics”. Here is one of their Talks: “Right-wing Populism and Climate Change in Europe“

Most of the student clubs at UBC are non-political in orientation, but the political ones are into radical leftist politics and diversity, and quite a few are dedicated to the promotion of the race of Asians, Blacks, Indigenous peoples, and other ethnic groups. A  few clubs are about the culture of ethnic Europeans but these are apolitical, folksy like, very subdued.

The incredible bias that exists at UBC against white male students was well documented by the prolific student activist in Canada, Franz Kurtzke, as we reported at CEC a few months ago. Kurtzke, a philosophy student at UBC, has filed 11 anti-male  and anti-white discrimination claims against UBC.

There is no point going over the rest of Ono’s points, which consist in nothing more than robotic statements we read all day from dull academic administrators about “diversity and inclusion”. It is really irresponsible for someone whose expertise revolves around the rather trivial subject of “eye inflammation” without any background in the Social Sciences and the history of Canada to talk about the “deeply rooted racism in Canada“. How can this charlatan insist that “UBC itself is not immune to racism and injustice” given the overwhelmingly obsessive dedication of UBC to diversity? One cannot but conclude that Santa Ono is seeking to wipe out every remaining feature of UBC’s Euro-Canadian character.

When he put together this contrived tribute “to George Floyd” did he even do some research about this case? Had he done so he would have found out that Floyd was a meth addict, cocaine addict, beat and robbed a pregnant woman, a porn star, served 5 years in prison, tested positive for Covid-19, and resisted arrest. This is not to justify his death. It is beyond belief that UBC is planning to intensify the ethnocide of whites in honor of this character. Does he not know that a university is an institution created by whites for the purpose of advancing to the next generation the highest achievements of humans?

His Chinese wife, Wendy Yip, who is a public figure, hired as “UBC Ambassador”, actually tweeted the other day a link to an Asian group claiming “that the fact that so many people are avoiding Asian food it’s just a sneaky new form of racism“. She has been regularly implying in tweets that White Canadians are “racist” because they are eating less Asian food since Covid-19 was unleashed upon the West by the Chinese Communist Party. Neither one of them has ever objected to the Chinese demographic replacement and mass imprisonment and torture of the Uighur minority in China. How about one talk about the incredibly inhuman and barbaric practice of dog eating by the Chinese?  10 million dogs and 10 million cats are devoured by the Chinese per year, with thousands boiled alive.

One cannot but conclude that the goal of Santa Ono is to bring to completion the ethnocide of Euro-Canadians at UBC at the same time that he promotes stronger research partnerships with the Communist Party of China.

Here are some suggested questions to ask this university president who claims his office is open to the public: