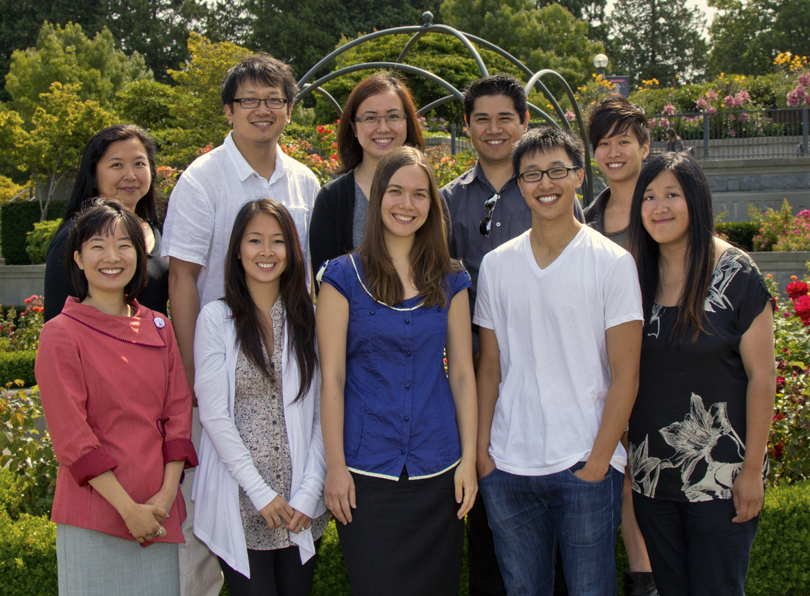 Editor’s Note: Back in February 25, 2020 we published an article by Franz Kurtzke’s incredible student activism, which has involved filing eleven human rights complaints (discrimination claims) against The University of British Columbia. Kurtzke is a philosophy major at UBC. One of the ongoing claims is about anti-White discrimination, about the repeated targeting of Whites for condemnation. Kurtzke points to three recent events in which Whites have been targeted:

Kurtzke has now included UBC President Dr. Santa Ono (who is Asian-Canadian) in this ongoing anti-White claim, following Dr. Ono’s claim of “white supremacy” in a public letter, in which Dr. Ono stated:

We must work together to dismantle the tools of oppression and white supremacy that remain prevalent and entrenched in our everyday systems.

The following is only one of multiple emails Kurkzke has been sending to relevant officials at UBC, as the situation develops. This email was sent recently to President Ono. We include below links to the scientific literature Kurtzke provided in his letter to Ono: five papers as well as a video clip on race & IQ involving Dr. Linda Gottfredson (Prof. Emeritus at University of Delaware).

I‘d like to submit some more comments regarding President Ono’s letter, for the ongoing anti-White discrimination claim. In the letter, President Ono writes publicly: “We must work together to dismantle the tools of oppression and white supremacy that remain prevalent and entrenched in our everyday systems.” He doesn’t clarify what the ‘dismantling’ would consist of, does not offer any proof for the claim of ‘white supremacy,’ does not offer any proof that this is ‘prevalent’ or ‘entrenched,’ nor does he clarify how this is active in our ‘everyday systems,’ or what ‘everyday systems’ these are.

Basically, the President of the University of British Columbia, Dr. Santa Ono, is just publicly spouting anti-White critique without even backing up the claim. This is consistent with the trend I have identified of UBC targeting Whites in multiple events, hence my now adding Dr. Ono’s letter to this ongoing anti-White discrimination claim. Dr. Ono is now personally involved in the same problematic trend I’ve already identified (i.e. anti-White institutional bias/targeting), and this is especially troubling given his position of power and influence at this institution.

This targeting of Whites by the President of this University, making the inflammatory accusation of “white supremacy” etc, is in itself discriminatory. Imagine for a moment if President Ono had for example released a public letter criticizing the Black community as being problematic, and pointed to the civil unrest and criminal actions happening recently in the USA while doing so. There appears to be a double standard, where targeting Whites specifically for critique is being permitted at UBC, even while others are not criticized similarly, and I demand that this discriminatory trend be stopped.

But beyond this, I would like to point to a pair of comments in Ono’s letter: “Support the diversification of the professoriate through the allocation of President’s Excellence Chairs to Black and Indigenous faculty members.”; also, “Fulfill commitments within the Inclusion Action Plan for the recruitment, retention and support of Black students, staff, and faculty.” That these two points come in the same letter as President Ono’s claim of “white supremacy” could be interpreted to be implying that “white supremacy” is the reason for ‘underrepresentation’ of Blacks. This brings us to a challenging topic.

The challenging topic is the taboo area of racial differences in intelligence. I have seen some indications in my research that there are average differences between identifiable population groups, which may relate to this issue of supposed ‘underrepresentation’ of Blacks in academia. I am going to attach five relevant papers, and ask that you familiarize yourself with the abstracts. These relate to the controversy about race and IQ, which seems to be more of an ‘open question’ than President Ono and Equity & Inclusion are letting on.

In Ono’s letter, he says he will

My concern is that President Ono is already apparently unaware of (or ignoring/avoiding) the possibility of meaningful genetic differences in relevant populations. Equity & Inclusion states in its “Inclusion Action Plan” (referred to in Ono’s letter, and linked below):

UBC’s workforce representation is, in many occupational groups, not proportional to the available workforce for those occupations. Bullying, harassment, sexual misconduct, and discrimination issues continue.

Alright, so the issue here is that the institution (including now President Ono) seems to be assuming that in absence of discrimination, UBC should have “proportional” representation of all groups in its workforce. But, how was this determined? How was it determined that all groups would be equally interested in, or capable of, performing all roles in the UBC workforce? I have an impression that Equity & Inclusion (and President Ono) are taking a ‘blank slate,’ ‘social constructivist’ egalitarian approach here, but I am concerned that this is potentially a mistaken approach, e.g. given the attached papers.

In the course of resolving this claim, both President Ono and Equity & Inclusion must be required to respond to the content of the attached papers (generally), and explain how they came to the conclusion that all groups can reasonably be expected to be ‘proportionally’ represented. If they cannot give a satisfactory response, then the approach at UBC must be reformed. This is especially important because, as I have pointed out, Santa Ono is now claiming “white supremacy,” and this kind of language can cause hostility against Whites especially by under-performing groups.

President Ono appears to be communicating that Whites are conspiring to hold down certain underperforming groups (while ignoring groups that would quietly outperform White majorities on e.g. IQ tests on average, e.g. plenty of members of his own broad Asian-Canadian group, and e.g. Ashkenazi Jews). Laying the social issues of groups that underperform Whites, while ignoring groups (including members of his own broadly-defined ethnic group) that outperform Whites, is discriminatory and unethical.

As an Asian-Canadian, President Ono belongs to a group which is growing in representation and influence in Canada, due to the collapsing European-Canadian population, and mass non-European immigration. As the European-Canadian population declines, President Ono is shamelessly accusing my pan-ethnic group (European North Americans) of “white supremacy,” without any meaningful proof of this outrageous claim. This is pure discriminatory behaviour. Indeed, this comment can be interpreted from one angle as crude ethnic agitation unbecoming of a public figure, i.e. the President of UBC. Besides which, Ono’s comment ignores the success of plenty of racially Asian individuals in North America (including himself), which seems quite inconsistent with a “white supremacy” claim.

In effect, Dr. Ono is shifting blame for underrepresentation of certain people (e.g. Blacks) onto the White population, ignoring (or being unaware of) e.g. the different average IQ test results in the relevant populations. Different tested levels of IQ is very relevant to academic performance, which is related to potential for representation in UBC’s workforce, depending on the intellectual requirements of the roles. In his letter, Dr. Ono commits to

Assuming that Equity & Inclusion is taking a totally ‘social constructivist’ ‘blank slate’ approach to racial differences in representation, this relationship is likely to continue Dr. Ono’s misinformed and discriminatory public behaviour toward Whites, where he accuses North American Europeans of “white supremacy.”

​While I expect this claim will continue to evolve, generally I will say at this point that part of the remedy will involve updating the philosophical foundations of UBC/Equity & Inclusion policy, to harmonize these with the emerging and complex picture of racial differences in e.g. intelligence, and to modify demands for ‘proportionality’ accordingly. In addition, institutional uses in communications of anti-White language e.g. “White privilege,” “White supremacy,” will need to be reviewed and likely quashed entirely.

President Ono and Equity & Inclusion cannot be permitted to collude in mindlessly and dangerously accusing Whites of conspiring to hold back certain other groups, when plausible (if politically challenging) explanations do exist for disparities. This is an issue of leadership and institutional responsibility. It may be the ‘easy route’ to fling accusations of “white supremacy” and “White privilege,” but targeting Whites in this manner is actually discriminatory, and irresponsible. To do so is to unload inconvenient issues onto the White community members, rather than engaging responsibly with the state of the science, and the challenging, open, evolving nature of the questions.

Let me also be very clear, that President Ono’s undefended/unsupported accusation of “white supremacy” is discriminatory regardless of the final resolution of the question of race & IQ, which is likely years in the future, at least. President Ono’s behaviour is clearly discriminatory now, with what is known, what information is available now; the issue with race & IQ is that UBC must have policies consistent with the open question on this topic, rather than ideologically pushing aggressively for ‘proportionality’ without solid proof this is even reasonable as an expectation, and blaming Whites for “white supremacy” in the existence of continuing disparities. This is unacceptably discriminatory.