George Floyd: Leftist Blacks Have a Transnational Loyalty to their Race 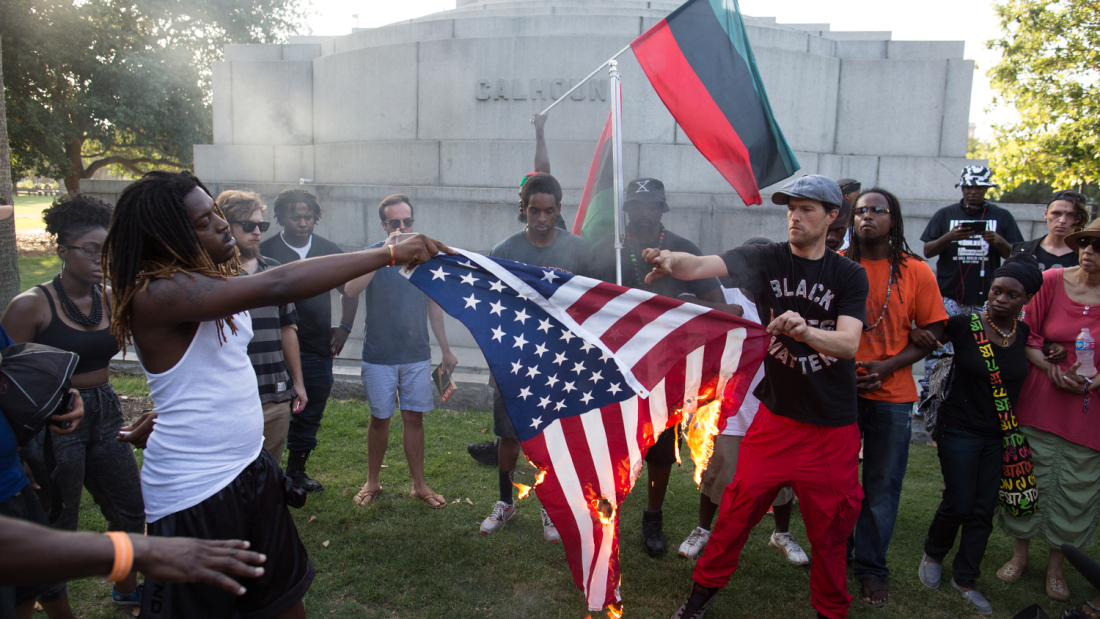 The death of George Floyd has divided America along racial lines. In reality, this separation has always existed, but those of the American elite have always tried to maintain that there was one America and one American identity. The riots and looting that have sprung out of the Black Lives Matter protests are a proclamation by those who participate in said actions that they are not American, that they reject the American identity and wish to supplant America with an order that represents them and their interests. After all, if one felt as though they had some ownership or belonging in a nation, they would not destroy and rob from it. They have no shared identity with their fellow American citizens, with America being the unifying pole of identity, and instead find a bond with their fellow black Americans, and as it turns out, Africans globally.

Canada is touted as an accepting and tolerant society. Our elites brag that Canada is an example of multiculturalism done right, that diversity is the lifeblood of this nation, and that every western state should look to us as an example. Canada’s history with African settlers differs to that from the US. We do not have a legacy of slavery or police overreach. There are examples of abuses, but it would be disingenuous for a black Canadian to compare the actions of our state and nation to that of the United States. Yet, black Canadians followed in the example of the American protesters and began their marches, advocating for the same kind of changes their American counterparts were. We even saw similar protests and marches as far as London, completely separated both geographically and culturally from America and the issues she faces.

On one hand, marching in solidarity is one thing, although as a white Canadian it is kind of strange. After all, it is doubtful white Canadians would march in solidarity to protest actions taken in France, Germany, or England. Racially, we may identify with those other nations, but the issues they face are seen as largely internal affairs, left for that nation to resolve. In a similar vein, one would think that for blacks living in Canada, although they may be sympathetic to black Americans and their plight, the events occurring there are internal issues for Americans to resolve. Yet, Africans living in the west seem to have a transnational racial identity, meaning that a black man living in Canada feels more of a bond to black Americans than their white neighbors. This is exemplified by the riots, looting, and general disorder and rebellion we saw in Montreal and London.

There seems to be a segment within Canadian society that feels no loyalty, ownership, duty, or belonging to Canada or western civilization. Neither do they desire to join it. There is no reason for a black Canadian to loot a storefront in Montreal to protest police brutality in America. That is at least if they seem themselves as Canadian. If they seem themselves as “black” firstly or exclusively, then that identity is in part a rejection and rebellion against Canadian identity, and they are free to act against Canada as they see themselves as not belonging to that nation. The black identity is partly strange, because it is not based on a specific nation, such as Ethiopian or Senegalese. “Blackness” transcends national and ethnic lines, forming an international community that defines itself as Africans living in the west but not being of it, and in many cases rejecting or subverting it. This is not to discount black individuals who embrace the west, her cultures, traditions and values. But those who do so are often rejected by the community, referred to as uncle Toms and so forth. In a sense, this phenomenon is similar to what happens to Jews who convert to Christianity. These Christian Jews are often rejected by their community and families, and no longer seen as being Jewish.

Although I have spoken mostly about the black community, the riots have shown that there is a degree of diversity in the perpetrators. Many whites have also joined in both peaceful protesting and looting. This has also been seen internationally. These whites, like the blacks, do not see themselves as the heirs of western civilization. They have embraced Marxist thought and desire the destruction of the old order so as to create their socialist utopia. These whites are largely parasitical, using the grievances of others to further their agendas (but this is the nature of all revolutionaries). They also have a transnational identity, but with Marxism and the equality of man transcending and annihilating all other identities. The order they wish to create most likely does not fully align with that of the blacks, but they share in and can unite under their common rejection of the west.

****
This article was edited out of a longer version posted at God, King, and Nation