Back To Africa Should Be Answer To Black Lives Matter 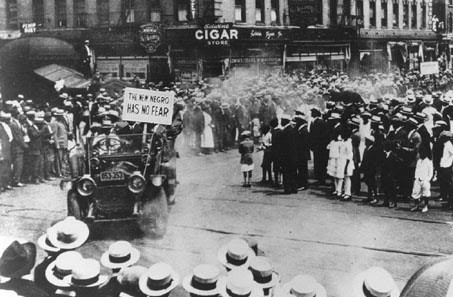 I think we all know what the solution is to the race riots that periodically turn the United States into a third world country. We know it, but we don’t want to admit it because to do so means a century and a half of addressing racial issues have been a complete failure.

Improving race relations has failed because the methods used are based on a false premise. Progressives believe black economic failures have been based on institutionalized white prejudice. In fact, black failures are based on black educational achievements, and these in turn, are based on biology.

So the real reason America is convulsed decade after decade is not something the white community has done, it’s because the black community is frustrated at not achieving the same degree of success. No one likes to admit this, so whites get blamed for black frustration.

John Derbyshire writing at VDare has a quote that sums this up from Republican congressman, Robert Pittenger:

The grievance in their minds—the animus, the anger—they hate white people, because white people are successful and they’re not.

I think Hollywood has something to do with it. Blacks are portrayed in movies and TV series living in upscale suburban settings just like white people. Blacks view this and wonder, ‘hey, why aren’t I living like that?’ And so, over time, the anger grows until some incident pops up that can be used as an excuse to riot.

What’s to be done to solve this problem? Politicians in the 19th Century had a solution, the Back to Africa Movement. Wikipedia has a telling quote in its article on the subject:

Riots swept the free states in waves, usually in urban areas where there had been recent immigration of blacks from the South. The height of these riots was in 1819, with 25 riots recorded, resulting in many injuries and fatalities, although riots continued up through the 1830s (see anti-abolitionism in the North). The back-to-Africa movement was seen as the solution to these problems by both groups, with more support from the white population than the black population.

The Movement wasn’t a success, but the reasons for it remain, and are playing out today on the streets of America. Commentators have pointed to white instigators, and white participants, but the riots and looting have been predominantly black.

Since integration has failed, the solution must be separation, and the most promising form would be for America to facilitate a voluntary return to Mother Africa by its African-American citizens. The incentives would have to be sufficiently large, and the means sufficiently acceptable, to attract a majority of American blacks. Liberia is the most logical country to accept these new colonialists, but others might be induced to do so.

It wouldn’t take a genius to construct an advertising campaign to move residents of American ghettos to sparkling new communities on the African west coast. It would be a repeat, in a reverse direction, of the immigration ads that papered Europe in the 19th Century to attract East Europeans to the West.

I remember personally watching Detroit burn back in 1967 from the Windsor shoreline. It was horrifying then, and it’s even more so now that it’s happening again all over America. Americans; you have to stop doing this. You know what you have to do.

Complete separation of blacks and whites is the only way to stop American riots.