Outsourcing the West to China 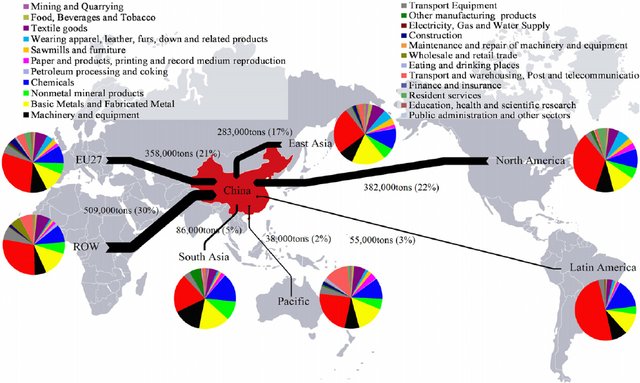 The entire thrust of the second half of the 20th Century was towards greater economic integration. Led by the United States, and cheered on by the defeated powers in WWII, Germany and Japan, the world moved in one direction; towards a future of transportation, integration, and common financing or as we call it today; globalization.

The pillars of the new world order were the Bretton Woods Agreement, the International Monetary Fund, the World Bank, the United States Federal Reserve and the invention of the now ubiquitous shipping container.

To the United States, which had largely fought the war against Japan in an effort to dominate China, these efforts were a success in Europe but a partial failure in the Far East where the American client, Chiang Kai-shek and his Nationalists, were ejected from China and replaced by the Communists under Mao Zedong.

Undeterred, America pressed on with reviving the Japanese economy and that of South Korea, Taiwan, Hong Kong and Singapore.

Eventually, based on the economic success of Hong Kong, a more far-sighted Chinese leader Deng Xiaoping, opened up the country’s economy and in doing so, transformed the world’s economy.

All this is background to set up my next statement. I don’t think anyone expected American industrialists to decide en mass to gut America’s manufacturing base and transfer it entirely to China. Certainly this is not something Adam Smith ever imagined when he wrote the Wealth of Nations. He assumed, as we did, that American manufacturers would put American workers first, would put their own factories first.

He would have been shocked to find American, British, German and other Western manufacturers transferring patents, machine tools, industrial secrets, experts and processes to a foreign country. But transfer they did. The temptation was simply too great. They could build new factories at a fraction of the price, install new equipment (thank you Germany and Japan), and produce the same products at a far lower labor rate. Even with transportation included, the profits from this exchange were tremendous.

American businessmen thought this was a terrific scheme, they pocketed the money while the Chinese did the work. Of course, millions of American workers were left without jobs, hope or a future, but the owners told the politicians they could always be retrained for the “knowledge economy.”

The Chinese, meanwhile, were playing a long game. They realized early on they could acquire Western expertise in every field because Westerners were too stupid to realize what they were giving away. Eventually, their 1.3 Billion people could be levered into the Middle Class and they could cut off the West and be entirely self sufficient. In other words, they joined America and the West in preaching globalization while building up every kind of industry to support Chinese nationalism.

From this brief review, it’s clear our business people are traitors; they deliberately wiped America’s manufacturing sector, the one that won the war, right off the map. Also guilty are the politicians who encouraged them, who showed up at the World Economic Forum and talked about “Improving the State of the World.” What has now made all this abundantly clear is the current Covid-19 pandemic, which originated in China, and which showed us all just how dependent we’ve become to Chinese industry and Chinese largess. We thought the Chinese were providing low-cost workers, now we realize for the first time, we’re the low wage consumers; the Chinese are masters of industry, manufacturing, consumer goods, and much else. They will soon become the dominant nation on earth.

What is to be done?

Donald Trump is on the right track when he says industry must return to its Western roots. We must detach ourselves from China, just like a junkie has to detach himself from illicit drugs. The pandemic has shown us why. Now, the hard part, doing what we have to do to save our countries.

Step one will be to hold the business people who did this damage accountable. They need to be charged with economic crimes, tried, convicted and jailed. The same goes for the politicians who joined them in selling our birthright to foreigners. Let them pay for their crimes.

Globalization is like drug addiction. Let’s stop it now. While we still can.