An Invitation To Anarchy 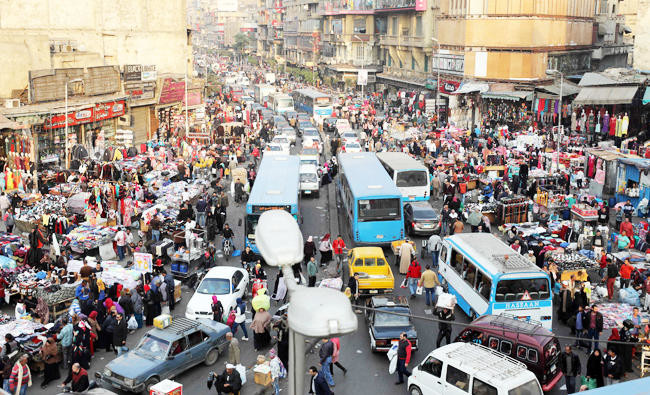 Over the coming decades, urbanization will increase, and most people will live in about twenty or thirty megacities, although the very rich will live in Brazilian-style fortresses with armed guards. Automation and globalization will widen the gap between the rich and the poor, as multinational companies become more powerful than conventional governments. Most inhabitants of the highly-developed countries will face, not exactly unemployment, but rather underemployment: a lifetime of low-wage temporary jobs. In other countries, large numbers of people will be reduced to begging, scavenging, or stealing.

Because vast amounts of money have been chasing imaginary enterprises, the global stock market and capital market will finally collapse. With no tangible underpinning, the financial world will not recover. The disintegration is already well on its way, starting at the periphery and working toward the center.

“Oil wars” will devastate the Persian Gulf, Central Asia, and the Balkans, as the great powers try to control the oil-producing regions and the pipelines.

In other parts of the world, also, war will be incessant, but its nature will change, as noted by Robert Kaplan in The Ends of the Earth. Such conflicts will be, not so much between nations, but rather between ethnic, linguistic, and religious groups. Police will be indistinguishable from armies, armies will be indistinguishable from street gangs. Nuclear weapons will be replaced by even more terrible chemical and biological weapons.

Especially in much of Africa and Asia, drought and famine will kill millions of people. Fresh water will come to be regarded, rightly, as a precious mineral. Massive airlifts of food will make little difference, and the richer nations will abandon those countries to their fate.

There is nothing newsworthy about most of the above; the problems have been described in detail for at least the last few decades. The only problem with The Limits to Growth (Donella H. Meadows et al.), first published in 1972, is that the authors should have focused more on the loss of petroleum.

However, these disasters have largely been obliterated from human memory by widespread denial of their existence: a gentle but persistent flurry of skepticism, of not-quite-deliberate disinformation, appears everywhere in the news media. The reports were exaggerated, we are told, or the predictions never came true. Or we are reminded obliquely of Adam Smith’s “invisible hand”: control of the economy is, in some sense, unnatural, and if we would only allow market forces to have free play, all the temporary anomalies would be sorted out. We are supposed to believe that the economy is something like God, in a Deistic sense, and that we should have respect for all those gears and pulleys and levers that are beyond our comprehension.

Humanity’s faith in what I call the Pollyanna Principle – everything will work out right in the end – is eternal. After all, it is what gets us through the day. However, a quick glance through any standard textbook on world history would show that the Pollyanna Principle does not apply to the many civilizations that lie buried beneath the sand.

All these disasters have one fundamental cause: human overpopulation. In the year 1950 the world’s population was less than 3 billion, in the year 2000 it was 6 billion, and it will rise by several more billion by the year 2030, contrary to popular belief. The rate of growth has slowed in recent decades, mainly because of China’s stringent birth-control policies, but the Chinese population is still growing. Even where the rate of growth of the world’s population is declining, growth itself is not; no one expects human numbers to decline at any time in the next few years.

As noted in The Limits to Growth, the problems of overpopulation, resource-consumption, and pollution tend to intensify one another, no matter what future scenario is examined. Or rather, the problems will first be reciprocal and then mutually exclusive: there will be a peak in which all problems reach a cataclysmic maximum, and then there will be a massive die-off.

We cannot expect much help from our political leaders. All political systems fall somewhere on the spectrum between absolute dictatorship and absolute democracy, i.e. between rule by one person and rule by all persons. Yet neither extreme has ever been met. No dictator has ever gone far without “legitimacy,” without support from a fair number of his fellow citizens. Conversely, there has never been a perfect democracy, since Nature herself imposes too many inequalities for any system of justice to countervail.

Democracy has its problems. From dawn to dusk, humans are obsessed with power, and such an obsession precludes a system of “one person, one vote.” In reality, it is “one dollar, one vote.” Democracy also has a dozen other nemeses. For example, democracy (rule of the majority) frequently conflicts with another ideal, one with which it is inappropriately paired in idle rhetoric: individual liberty. My freedom to drive a car at top speed may conflict with society’s wish that no one drive so quickly.

Historically, democracy has usually been combined with capitalism. Perhaps in 1776 a combination of that sort seemed reasonable, but it has become far less so. Capitalism, by its very essence, means that each corporation is dedicated to its own success, no matter what the consequences may be for anyone else. “Free enterprise” is “healthy competition,” yes, but only to a certain point. The problem is that the big fish keep eating the smaller fish. When there is only one fish left, there is no more competition, healthy or otherwise. What is now in place, globally, is not free enterprise but thinly disguised monopolies. If there are only five or six corporations controlling an entire industry, and if those corporations indulge in frequent joint ventures, then it is absurd to be talking of free enterprise. And when a monopoly casts its shadow over the land, the worker loses both economic and political freedom.

To the old bromide that “democracy may not be the best form of government, but it’s the best we have,” I am inclined to reply, “Well, I’ll wait for something better.” Schoolchildren are told that ancient Greece was the founder of democracy, but neither Plato nor Aristotle had anything good to say about democracy, even if those two differed on almost every other issue. When people lie in bed at night, they may dream of various social matters – peace, freedom, justice – but they do not dream of democracy. The shift from one incumbent party to another makes little difference to the machinery of the civil service, and even less difference to the average person trying to pay for groceries and shelter. From one regime to the next is merely a matter of a few dollars more, a few dollars less, a little more lip service, a little less. People who put on their raincoats to “do their civic duty” by voting are people who enjoy making fools of themselves.

The general corruption and dishonesty among politicians in modern democracies are so common that the topic can rarely catch the public’s attention. (There is no reason to fear the loss of freedom of the press, since the press’s few attempts at truth are largely ignored anyway.) The small voter turnout in any election is a sign of the anger and hopelessness that most people feel toward modern “democratic” government. What is wanted is a new life, a new birth, not the silliness of a false democracy.

What is any government really but a parasitic growth, a gathering of people who have set themselves up as a tax-collecting machine and who spend their time finding ways to run other people’s lives? What if I choose not to accept them as my rulers? Is there any rational argument that can be brought to bear against my decision? Ultimately I might decide that submitting to a government is better than living without one, but there is nevertheless something slightly insulting in being told what to do by a group of people with whom I have never even signed a contract. When the economy is running smoothly, our politicians are quick to take the credit. When it is not running smoothly, they are quick to tell us that it is not their affair.

Perhaps the question of the ideal political system is essentially not a political question but a psychological one. Homo sapiens and his ancestors spent several million years living in small groups, hunting and foraging. The group was small enough so that each person knew every other person. Democracy could work because the voters were visible. It has only been in a tiny fraction of the life span of humanity that political units have been created that are far too large for people to know one another except as abstractions.

To judge from studies done by Robin Dunbar and others, the optimal size for human association seems to be somewhere between about 20 and 120. Roman soldiers, for example, were organized into “centuries,” and modern Hutterite communities have between 60 and 160 members. Groups larger than that of the band, the small tribe, or the village just do not function effectively, and by “function effectively” I mean “serve the individual better than if he or she were in some other arrangement.” A social group of a million or a billion may have military advantages but is more likely to operate as a tyranny than as a democracy – China is the obvious case. That is not to say that a social unit of over a hundred is entirely unworkable, but that as the size of the unit expands the chances of true psychological cohesion are likely to diminish.

In any case, neither military power nor economic well-being is necessarily correlated with the size of the political unit. Switzerland, for example, can hardly be considered either weak or impoverished. As noted by E. F. Schumacher in Small Is Beautiful, there is actually an inverse relationship between the size of a nation and its and well-being.

All over the world, the “have nots” are hoping to join the “haves.” The dilemma is that if all other humans live like rich Americans, the Earth’s problems of pollution and resource-consumption will be several times greater than they are already. It is hard to imagine the environmental effects of doubling the present number of automobiles. There is no resolution to the paradox, because it is a matter of mathematics: there is no way for the Earth to support more than a small fraction of the present number of people adequately. The present population of about 8 billion is already so great that terrible famines get little coverage in a newspaper. Without severe population reduction, all talk of “sustainable development” is just fashionable chitchat. Perhaps the reduction in population will never occur without a visit from the Four Horsemen of the Apocalypse.

If there is any hope, it is only that there may be the opposite of “development”: the more a society becomes de-industrialized, and sparser in numbers, the less damage it will cause. Humans were not designed to live in groups of such immense size as we see today, nor were they given the physiological equipment to deal with the over-stimulation of crowded living-spaces. It is also true, for various reasons, that the sight of green trees is more pleasing than that of gray machines. It is not just a platitude to say that we are out of touch with Nature.