What I Learned in the Peace Corps in Africa: Kinship Collectivism = Public Defecation, Laziness, Corruption, and Infidelity 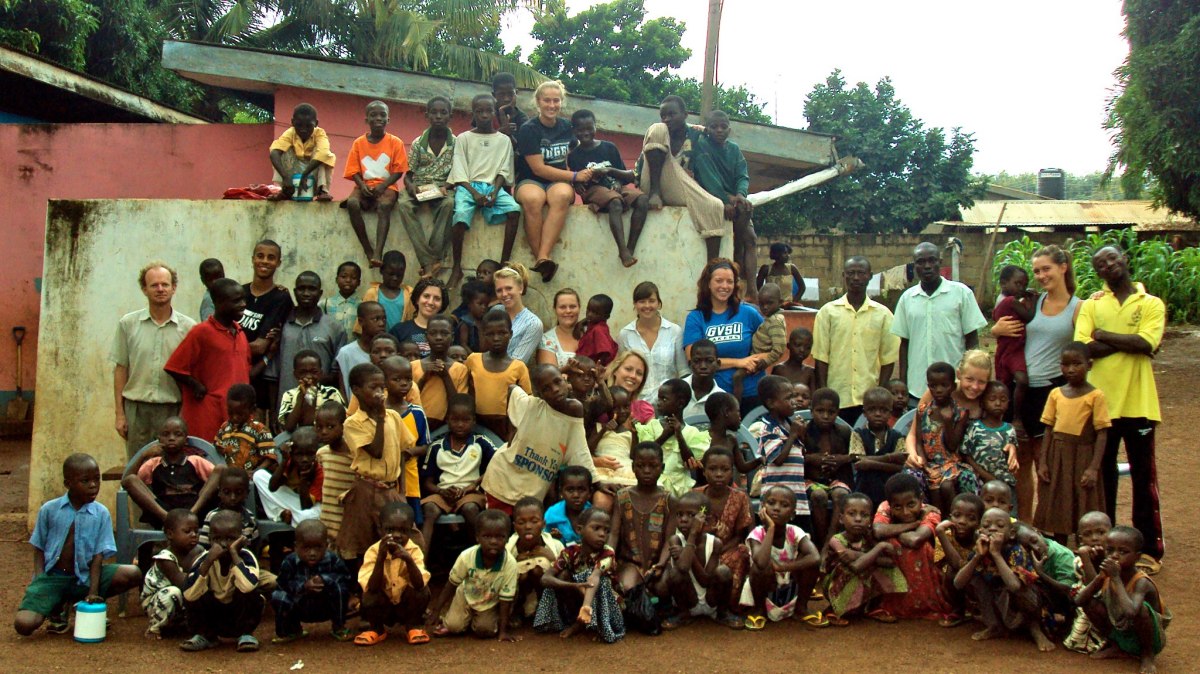 [Editor’s Note: Originally published in American Thinker (under a different title) in January 2018, this short article is worth re-reading]

Three weeks after college, I flew to Senegal, West Africa, to run a community center in a rural town. Life was placid, with no danger, except to your health. That danger was considerable, because it was, in the words of the Peace Corps doctor, “a fecalized environment.”

In plain English: s— is everywhere.

People defecate on the open ground, and the feces is blown with the dust – onto you, your clothes, your food, the water. He warned us the first day of training: do not even touch water. Human feces carries parasites that bore through your skin and cause organ failure.

Never in my wildest dreams would I have imagined that a few decades later, liberals would be pushing the lie that Western civilization is no better than a third-world country. Or would teach two generations of our kids that loving your own culture and wanting to preserve it are racism.

Last time I was in Paris, I saw a beautiful African woman in a grand boubou have her child defecate on the sidewalk next to Notre Dame Cathedral. The French police officer, ten steps from her, turned his head not to see.

I am not turning my head and pretending unpleasant things are not true.

Senegal was not a hellhole. Very poor people can lead happy, meaningful lives in their own cultures’ terms. But they are not our terms. The excrement is the least of it. Our basic ideas of human relations, right and wrong, are incompatible.

As a twenty-one-year-old starting out in the Peace Corps, I loved Senegal. In fact, I was euphoric. I quickly made friends and had an adopted family. I relished the feeling of the brotherhood of man. People were open, willing to share their lives and, after they knew you, their innermost thoughts.

The longer I lived there, the more I understood: it became blindingly obvious that the Senegalese are not the same as us. The truths we hold to be self-evident are not evident to the Senegalese. How could they be? Their reality is totally different. You can’t understand anything in Senegal using American terms.

Take something as basic as family. Family was a few hundred people, extending out to second and third cousins. All the men in one generation were called “father.” Senegalese are Muslim, with up to four wives. Girls had their clitorises cut off at puberty. Sex, I was told, did not include kissing. Love and friendship in marriage were Western ideas. Fidelity was not a thing. Married women would have sex for a few cents to have cash for the market.

What I did witness every day was that women were worked half to death. Wives raised the food and fed their own children, did the heavy labor of walking miles to gather wood for the fire, drew water from the well or public faucet, pounded grain with heavy hand-held pestles, lived in their own huts, and had conjugal visits from their husbands on a rotating basis with their co-wives. Their husbands lazed in the shade of the trees.

Yet family was crucial to people there in a way Americans cannot comprehend.

The Ten Commandments were not disobeyed – they were unknown. The value system was the exact opposite. You were supposed to steal everything you can to give to your own relatives. There are some Westernized Africans who try to rebel against the system. They fail.

We hear a lot about the kleptocratic elites of Africa. The kleptocracy extends through the whole society. My town had a medical clinic donated by international agencies. The medicine was stolen by the medical workers and sold to the local store. If you were sick and didn’t have money, drop dead. That was normal.

So here in the States, when we discovered that my 98-year-old father’s Muslim health aide from Nigeria had stolen his clothes and wasn’t bathing him, I wasn’t surprised. It was familiar.

In Senegal, corruption ruled, from top to bottom. Go to the post office, and the clerk would name an outrageous price for a stamp. After paying the bribe, you still didn’t know it if it would be mailed or thrown out. That was normal.

One of my most vivid memories was from the clinic. One day, as the wait grew hotter in the 110-degree heat, an old woman two feet from the medical aides – who were chatting in the shade of a mango tree instead of working – collapsed to the ground. They turned their heads so as not to see her and kept talking. She lay there in the dirt. Callousness to the sick was normal.

Americans think it is a universal human instinct to do unto others as you would have them do unto you. It’s not. It seems natural to us because we live in a Bible-based Christian culture.

We think the Protestant work ethic is universal. It’s not. My town was full of young men doing nothing. They were waiting for a government job. There was no private enterprise. Private business was not illegal, just impossible, given the nightmare of a third-world bureaucratic kleptocracy. It is also incompatible with Senegalese insistence on taking care of relatives.

All the little stores in Senegal were owned by Mauritanians. If a Senegalese wanted to run a little store, he’d go to another country. The reason? Your friends and relatives would ask you for stuff for free, and you would have to say yes. End of your business. You are not allowed to be a selfish individual and say no to relatives. The result: Everyone has nothing.

The more I worked there and visited government officials doing absolutely nothing, the more I realized that no one in Senegal had the idea that a job means work. A job is something given to you by a relative. It provides the place where you steal everything to give back to your family.

I couldn’t wait to get home. So why would I want to bring Africa here? Non-Westerners do not magically become American by arriving on our shores with a visa.

For the rest of my life, I enjoyed the greatest gift of the Peace Corps: I love and treasure America more than ever. I take seriously my responsibility to defend our culture and our country and pass on the American heritage to the next generation.

African problems are made worse by our aid efforts. Senegal is full of smart, capable people. They will eventually solve their own country’s problems. They will do it on their terms, not ours. The solution is not to bring Africans here.

We are lectured by Democrats that we must privilege third-world immigration with chain migration. They tell us we must end America as a white, Western, Christian, capitalist nation – to prove we are not racist. I don’t need to prove a thing. Leftists want open borders because they resent whites, resent Western achievements, and hate America. They want to destroy America as we know it.

As President Trump asked, why would we do that?

We have the right to choose what kind of country to live in. I was happy to donate a year of my life as a young woman to help the poor Senegalese. I am not willing to donate my country.