Whites Must Develop, like the Jews, An Ethno-Religious Nationalist Movement 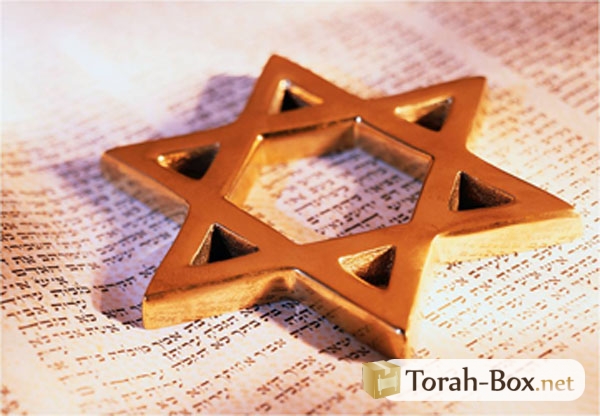 The question is: what is the way forward for Western man?

I will assume that readers here have some acquaintance with the topic so I will leave out the basics. The fundamental fact is that European man both at home and in the diaspora is in a life or death struggle for survival. Our numbers are dwindling, our hostile elite is replacing us with hostile foreigners, anti-white propaganda is ubiquitous in the mass media and academia, interracial propaganda is everywhere urging us to marry out so as to destroy our race, and every year there are fewer and fewer of us and our strength as a people continues to decline.

As an introduction I want to briefly touch on an issue of Jewish identity and how it compares to our own. The Jewish people are a tribal people that believe that god chose them; and the Jewish people accepted their god and made a covenant with him.

The stories of the Torah — the first five books of the Bible document the stories of the Jews in the ancient near east and their interactions with other peoples and god himself. From the stories of their interaction with god they were able to extract the rules and regulations of how Jews are to live. The rules and regulations are categorised and explained in the Talmud and deeply shape how Jews think about the world. To be a Jew is to follow the Mosaic law — which means to follow the “game plan” so to speak set forward by the elders of their religion.

We Europeans, on the other hand, have lost power in our own homelands and our lands in the diaspora and are all aware of a deep existential crisis. We are losing territory, losing numbers, utterly lack political representation and many of us understand that if we don’t come up with a game plan we will not exist in a hundred years from now.

Why were Jews able to survive for thousands of years in hostile environments and not only survive but thrive and we are getting so quickly decimated?

The answer, I think, has to do with identity.

Jews are a tribal group. The descendants of Abraham. They are a religious group — those who have accepted their god’s covenant — those who have been circumcised and follow the mosaic law. And, they are a nation. The third part is something that a lot of people have a hard time understanding.

This means that they are loyal to themselves rather than loyal to the geographical boundaries in which they live. To them they are the Jewish nation and since Jews are scattered all around the world, their “nation” is a transnational, borderless, invisible Jewish network that spans the globe.

And you can go into almost all of the component parts of a nation state: espionage and public relations is done by groups like the ADL. The ADL churns out pro-Jewish public relations material and infiltrates groups that they perceive to be anti-Jewish so as to destroy them. Spying and covert operations would be done by groups like the Mossad, which operate all around the world and kill people that Jews believe are high value targets that are hostile to their interests. Former Mossad operative, Victor Ovstrovsky, confirms that that is true in his book By Way of Deception.

All of this conflict between Jews and Gentiles becomes clear when you understand our identities and what it means to be a member of a nation.

So, if we push that further we can say the Jews are a nation that is in conflict with other nations, both geographic and racial. You ask the question: what happens if Jews AS A NATION come to dominate the media or other key institutions in the nations of their enemies. You would say that you have been conquered?

If the Chinese came to dominate the media in America and were using that power to abuse the American people and glorify Chinese people, you could use that as evidence that America has been in some way conquered by the Chinese. Well, is that not true for a tribal group that considers themselves a nation? If they come to dominate you and they have a different “national” identity, could you not say that you have been conquered?

This may all seem like semantics but it is of major importance to understanding what is happening.

If Jews are a “nation”, their nation is transnational, sophisticated, very united, and has all of the institutions of a traditional nation state including the ability to create propaganda, do public relations, do espionage, do assassinations, etc, you have to ask “what about our nation”.

Well, we don’t have a nation. We only have the traditional geographic nation that is filled with ourselves and our enemies and is currently ruled by our enemies. We don’t see our race as a nation and for that reason we are not united in the same way that more powerful and united groups like Jews are. We have no institutions, no organizations, no power.

What if we became white nationalists – meaning what happens if all white gentiles begin to see themselves as “white” and create a “nation” around their race – in the same way that jews have created a “nation” out of their tribal group.

Well, that’s not allowed. You have groups like the ADL that are the public relations and espionage arm of the Jewish nation telling us that white nationalism is not allowed because it is dangerous. You also have Jewish intellectuals churning out books that give ideological justifications for banning white group identity. It was writers like Hannah Arendt that said that white group identity is the origin of totalitarianism and for that reason must be banned. So, you’ve got a group that is moneyed, powerful, organized on a transnational level, with all sorts of institutions, foundations, think tanks, and a religion that keeps them united as a people and they are telling us who are poorer, less powerful, completely without unity, and are being replaced in our own lands that we are not allowed to unite as a people.

Should we listen to them and their moralizing and accept the most ludicrous double standard? Absolutely not.

We should do exactly what they are doing and we shouldn’t feel bad about it.

That means that we should take from Judaism that which has given them strength as a people and the ability to persist in the diaspora for thousands of years.

We need to see ourselves as a race, religion, and nation.

That means we need to identify with our race (easy), but we also need a religion that unites us, a national (racial) identity, and the institutions of a traditional nation state that we can use to secure the existence of our people.

I think one of the major shortcomings that we have right now is that because we don’t have our own culture that is separate from the mass culture, we are taking propaganda from the mass culture and incorporating that into our world view. Often the propaganda from the mass culture is hostile and produced by outgroups and is designed to harm us. Often the propaganda takes a moralistic tone and tries to induce us to live up to an abstract morality such that it will harm us. An example: take in immigrants that hate you otherwise you are a mean person. Give away your jobs to foreigners otherwise you are a mean person. If you give in to the moralizing you harm yourself.

That’s why we need to take our moral compass from something outside of the mass culture. For Jews that is the Mosaic law. For us it would be our own religious law that has rules and regulations that are designed for us to get stronger as a group. It would differ entirely from the universalist morality of Christianity. An example of a religious rule: do not give charity to outgroups. Use your charity to strengthen the poorer and weaker members of our own group. Another moral law would be: always start your own companies and work for companies owned by your brothers. If you rely on outgroups for jobs you put yourself at a disadvantage because if they discriminate against you will be intrinsically in a weak position because you are dependent on outgroups.

What I’m getting at is that we need to become an ethno-religious movement.

An example would be: we talk about how in the “old time” we were convinced by an outgroup to bring foreigners into our midst and they exploited our humanitarian spirit and in the end we got attacked, abused, and displaced. The moral would be that we do not take our moral ideals from outgroups because that is a prime way to get manipulated. We must have our own religious moral code that we do not deviate from and it is entirely focused on the strength, wealth, prosperity, and fecundity of ourselves. We would say that it is not our place to care about other groups and uplift them. We want to uplift ourselves because that is the only way to abide by the one true law of nature: all organisms must first and foremost ensure their own existence and the existence of their species.

With a religious text, embedded with our own moral code, our law, and our history. We will need our own peculiar mode of dress as to be able to distinguish ourselves from outsiders. For Sikhs it is the five K’s. For Jews it is the hat and side locks. For Muslims it is Turbans for the women.

For ourselves it can be whatever we choose.

With a holy book that is ethnocentric in nature and has a totalitarian legal code designed to promote group survival, believers, symbols to identify believers, we can start to build our own institutions.

The first institution would be the meeting place. For Jews that is the Synagogue. For Sikhs the Gurdwara.

I think once that has been achieved: meaning the creation of an ethno-religious movement based around the fact that we are a race, religion, and nation, we can start to build all of the other institutions that a nation state needs to function. What I’m saying is that we need to become like Jews because their strategy has not only allowed them to thrive but has brought them to prominence as a people.

The main question that I have is: who will write the book? Do we come together as a people before or after the creation of “the book”. Meaning, should whites start coming together as a race? Should we start creating Euro-Canadian and Euro-American meet-up groups where we talk about these kinds of questions? And through those meetings figure out who has the skills and knowledge to start putting together “the plan” so to speak in writing.

This is a question that I can’t personally answer because I don’t know what the answer is.

I just know that if we want to survive we need to use all of the tools our competitors are using and the central tool that they are using is the ethno-religious movement: the fusion of race, religion, and nation.