Up With Western Cultural Nationalism! Down with Multiculturalism! 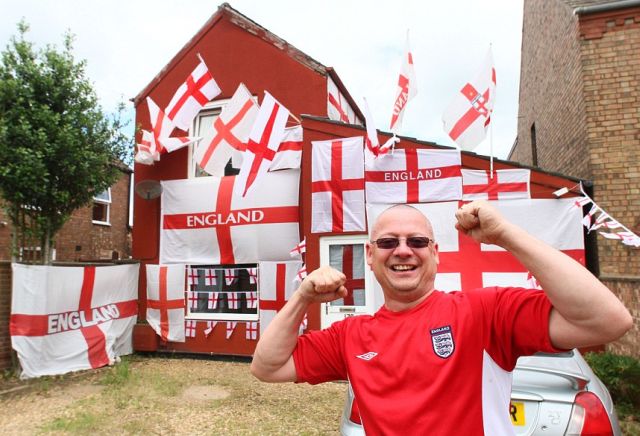 Multiculturalism imperils the West. Rather than just oppose it, we must promote its opposite: culturism. Culturism (denoting cultural nationalism) is the philosophy, art and science that promotes unity over divisiveness. While not ignoring race, this philosophy acknowledges that many non-whites are hard-working, patriotic, friendly citizens. Simultaneously, it recognizes that many white multiculturalists harbor deep antagonism towards the West. We must systemically replace divisive multiculturalism with aggressive culturist policies that promote western pride in all. Via historical review, the book’s introductory chapter establishes our legal right to do so.

After further detailing West’s predicament, the book introduces Literary Darwinism. This upstart academic movement looks at literature scientifically. In order to successfully re-install our traditional reverence for the West, we must incorporate scientific thinking. Literary Darwinists have used the reality of gender differences to dismantle feminist literary critic arguments. They have attacked social constructivists by showing women really do prefer one-night-stands with cads, and more. Yet, Literary Darwinists shy from mentioning group selection and morals. ‘Up with Culturism’ shows how Literary Darwinists’ scientific approach can be used to reinforce morals as it reintroduces western identity.

One lesson of Literary Darwinism is ‘We follow alpha-males;’ as such, heroes are important. Matthew Arnold, (1822 – 1888) was the first person to be called a ‘culturist’ who practiced ‘culturism.’ This icon feared that the rise of science was displacing Christianity. As religion serves as a necessary anchor for Britain’s culture, Arnold feared losing it would lead to moral degeneracy, rampant individualism and ‘anarchy.’ He did not think westerners would return to a belief in miracles. Instead, he promoted the Bible as powerful literature that we must continue to embrace due to its centrality to our collective survival. As such he wrote a Bible primer for public schools, promoted religion in schools and more. We must follow this culturist hero’s lead.

Using the work of New Humanists literary movement of the 1920s, the book next contrasts the destructive philosophies of romanticism and materialism with Christianity. The harmful nature of romanticism’s celebration of the primitive is obvious. Materialism’s corrosion is less obvious. When we only focus on materialism, redistributive programs become the basis of all virtue and the State becomes the provider of all blessings. By reinstating Christianity, in the center of our narrative, we can shift our cultural core away from government; we can re-establish the need for individual responsibility and reinforce our collective identity. The term ‘Christendom’ does this much better than the geographical term, ‘the West.’

Having analyzed our problems and provided a few heroes, the next part of the book takes a scientific look at Western identity, starting with race. Continuing with the literary theme, we look at comparative literature as a field. The field’s representatives bemoan the lack of African literary studies in academia. But, while China and the US publish nearly 750,000 new titles a year, many African nations publish less than 50 books a year! IQ has an impact. Furthermore, Cultural Neuroscience tells us that Asians have more social anxiety and see literary characters’ basic motives differently. Rather than blame the West for ignoring Africa, comparative literature scholars could contribute to our understanding of human bio-diversity by noting differences in global literary output, plots and characters.

Identity and narrative do not exist in metaphysical space; they exist in bodies, with an evolutionary past. Animals have pecking orders. When we do not forcefully reply to Muslims vandalizing our churches and raping our women, they rise in the pecking order. As with other mammals, successful aggression results in a shot of testosterone that straightens their postures. We must physically respond to such provocation, making sure all know that western territory is thoroughly western. The book’s introduction establishes legal precedent for making laws based on our cultural identity. In all laws and institutions, we must aggressively assert our identity with the goal of establishing Western dominance on our territory. When an alpha male falls, chaos ensues. A stable dominance hierarchy creates domestic tranquility. If our nations are cleft, divided by race and culture, civil unrest is likely. The book discusses a range of Muslim repatriation plans. But, ultimately, we must accept that the West will forevermore need to deal with ethnic diversity. For peace, we must have a dominant cultural and demographic core to our nations. Obviously, history and numbers dictate that whites must constitute the core of the West. Only combining a commitment to white-only immigration with aggressive cultural assertion can save Christendom from multicultural implosion. This is an essentially non-racist, common sense, argument true patriots of all races can understand.

While immigration laws are urgent, we must also use scientific understanding to stabilize our culture domestically. Honestly discussing IQ and human biodiversity undermines the multiculturalist position that all differences in achievement stem from white racism. R/k theory separates a fast life cycle (R), with a lot of procreation, from a slow life cycle, (k), with heavy investment in offspring. We must use pride in our K status to reinstate morals. While blacks’ illegitimacy rates are always higher at any given time, white rates are now higher than those of 1960s blacks. Genes did not change as much as culture did. Race pride is not enough. White IQ is not enough. We must have culturist pride in our past and take pride in the behaviors that led to our flourishing.

Embrace the Nationalist, Aggressive Side of the Bible

Having established some biological components of culture, IQ and temperament, the book now investigates the overt content of our narrative. Narrative matters: the Koran and Christianity do not promote the same values. But, we urgently need to revamp Christianity. We must embrace the nationalist, aggressive side of the Bible. But, before we can get to that, as Arnold prophesied, many Westerners now reject Christianity in favor of science. Yet, Christianity’s emphasis on truth facilitated the West’s scientific dominance. And, ‘born this way’ and ‘global warming’ claims suggest, science cannot likely exist without Christianity’s strong ethical backing. We must heal the supposed rift between science and Christianity; they both promote the same values. The Crusades teach that even our atheists must identify with Christianity or Islam will conquer us, and slavery and rape will follow.

Beyond immigration laws, we must use institutional mechanisms to promote our narrative and values domestically. For example, we must deny welfare to those who procreate irresponsibly. As the book’s introduction shows, our government policy has not been historically neutral to values. Individual rights cannot be continuously used to undermine our culture. We must make our institutions culturist again. We already have mechanisms for promoting values. America’s Federal Communication Commission must make our airwaves clean. You can get smut anywhere. But, censoring, like zoning laws, promotes shame and pride. The National Endowment for the Arts must fund pro-Western art and celebrations. We must not publicly fund Pilipino celebrations. That’s the Philippine government’s job. The Ministry of Canadian Heritage must do its job! Western governments must acknowledge and promote Western identity and morals.

Western Curriculum Must be Free to Denigrate Backward Cultures

Education is the traditional culturist institution we most need to reclaim. In addition to praising the West, our curriculum must be free to denigrate backwards cultures. White people will readily identify with our white forefather heroes. American blacks will also proudly see themselves in our history. While Hindus, for example, can appreciate our Protestant white history, their appreciation will always be that of an immigrant. Still they must hear of the glories of white’s western heroism in our schools. The majority white population having pride is necessary to our nations’ survival. If peoples do not like having the West praised in their children’s classes, they can leave our countries or homeschool. We are neither a globalist nor a multicultural space. Just like China, Mexico, Iran and all other nations, the West has a dominant culture and a right to promote it institutionally.

After establishing the nature of the West and culturist governmental policies for saving it, the fourth part of the book highlights my personal Culturist Literary Darwinist efforts. My uprising at a literature conference is meant to show how Literary Darwinists can individually take on the cultural Marxist BS of entire conferences. My work in India shows that language teaching is ‘always already political.’ My textbook analysis shows what culturist curriculum should look like. And, lastly, in two chapters, I quantitatively compare 100 years of short stories and specifically detail which factors in our literature have declined, so as to know how to repair them. Broad governmental policies are not enough. We must take culturist actions individually. We spend much of our life enjoying fiction. Narrative separates Leftists from Rightists. But, more subtly, it tells us what is heroic, right, and wrong. For a thorough redeeming of the West, we need to redeem our literary arts too. Via a review of individual short stories, films and art, the book’s final section explores what culturist pride looks like in literature; problems with nihilism, homosexuality and feminism; the impact of Jews on culture, and scientific theories such as that of the ‘beautiful mutants’. For morals to pervade our culture again, we must identify with the glories of the West writ large. But, on a day to day basis, we must identify with positive depictions of normative behavior to have a healthy culture. This final section teaches us both how to critique art, our culture and our personal behavior.

One policy runs throughout every section of the book: promotion of the words ‘culturism’ and ‘culturist.’ In promoting the opposite of multiculturalism, we confirm that the West has a specific glorious culture. Using these words allows us to demand ‘culturist’ courses for every ‘multicultural’ course on campuses. Using ‘culturism’ allows us to criticize real aspects of cultural diversity, like female genital mutilation, and not be dismissed as racist. And, as memes do, these words can spread quickly. We must ask politicians and pundits if they are culturist or multiculturalist. Multicultural politicians’ denial of the existence of Western culture will cost them elections. Culturist ones can be pressured to vote for culturist policies that protect and promote our culture. On every page, ‘Up with Culturism,’ urges you to spread the words ’culturist’ and ‘culturism’ today!

John K. Press, Ph.D. is the author of Up with culturism, down with multiculturalism: How Culturist Practice and Policies can Restore our Narrative and Rescue Western Civilization. He teaches at a university in South Korea. More information may be found at http://www.culturism.us/
This is his twitter: @culturist