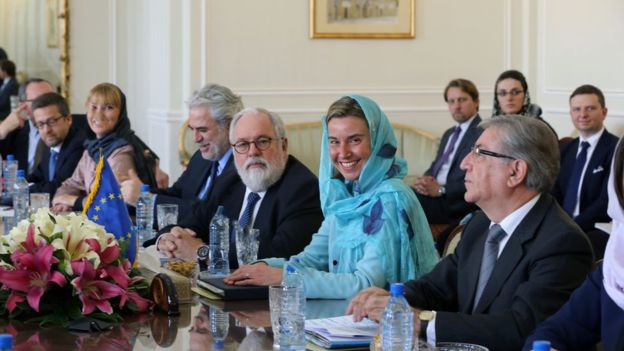 The white man’s individualist tendencies have made him uniquely susceptible to pathological altruism. This is “any behavior or personal tendency in which either the stated aim or the implied motivation is to promote the welfare of another or others” [i]. Because of this white racial defect, individualist Western societies remain at a significant disadvantage in a world of predatory collectivist out-groups.

For the white man, his weakest link is the white female. The female’s welcoming attitude toward the millions of migrant colonizers now pouring into the West is a classic example of maladaptive white individualism. Guided by her innocence, naivete and maternal instincts, the female cannot understand that migrants from collectivist cultures privilege kinship ties over concern for out-groups.

What has worsened the white man’s position vis-à-vis non-whites is female suffrage. This has pushed the white tendency toward individualism to an even more severe pathological extreme than would have otherwise been the case if the female had not been granted rights. In every Western country, female suffrage has been an unmitigated disaster. Research has shown that the emergence of social welfare liberalism is positively correlated with the rise of female political participation in the early 20th century:

Giving women the right to vote significantly changed American politics from the very beginning. […] Suffrage coincided with immediate increases in state government expenditures and revenue, and these effects continued growing as more women took advantage of the franchise. Similar changes occurred at the federal level as female suffrage led to more liberal voting records for the state’s U.S. House and Senate delegations. In the Senate, suffrage changed voting behavior by an amount equal to almost 20 percent of the difference between Republican and Democratic senators. Suffrage also coincided with changes in the probability that prohibition would be enacted and changes in divorce laws [ii].

The same sex differences in voting patterns have been observed in Western Europe and Canada. Women everywhere are more likely to vote for left-wing parties than men. The gap is attributed to secularization and declining religiosity [iii]. If it were not for female involvement in politics, we would not have to endure the most destructive policies in Western history–the American Civil Rights Act of 1964, the American Immigration and Naturalization Act of 1965, and the immigration and multiculturalism legislation enacted by governments in Western Europe and Canada.

Why these changes have occurred is not a mystery. Our evolutionary prehistory as a species shows that women have always sought the best deal for themselves when it comes to mating, in other words, dominant males. These preferences emerged because only dominant males could offer the personal security, resources and sperm quality needed to reproductively monopolize females. The introduction of socially imposed monogamy in ancient Greece and Rome was meant to mitigate the problem of asymmetrical mating among males. By the time Christianity had become the dominant religion in late medieval Europe, patriarchal monogamy had long received the backing of the Church. With the advent of female suffrage, women succumbed to their evolutionary programming to seek out the best deal for themselves. Since most women do not have the genes to attract dominant males for long-term commitment, they settled for the next best thing: liberal egalitarian and redistributive policies that gave them financial independence from non-alpha males.

Feminism has negatively affected whites in other ways. It is no secret whites have been the most successful racial group in history because they have the highest proportion of smart to stupid people (Richard Lynn’s finding of higher intelligence among east Asians should be doubted given its reliance on unrepresentative urban samples. This is especially true in the case of the Chinese, whose mainland population is less intelligent than whites) [iv]. Since the Industrial Revolution, low IQ whites have become more numerous. This excess population growth, initially spurred on by improvements in nutrition and health care, has been severely exacerbated by granting women rights on top of the privileges they already have for being females. Smart white females delay family formation and childrearing, which means a declining white average IQ.

As the number of quality white women having children continues to decrease, whites who would have been sterilized in the early decades of the 20th century breed prolifically and have large families. Instead of improving the general condition of whites, feminism and women’s’ sexual liberation have made whites slower and more dull-witted. For at least 150 years, whites have been allowing the very worst members of their race to breed, while promoting antinatalism and childlessness among their best members.

Since “the only morality is civilization,” feminism and womens’ sexual liberation are profoundly immoral on every conceivable level. If these policies were imposed on an unwilling society by elites from above, it would be an act of demographic and cultural genocide.

Can feminism and all the damage it has caused be reversed?

Since white racial suicide is caused by an evolutionary defect, the answer is a firm “no,” assuming things remain the same into the foreseeable future. In Near Eastern societies, elites rely on familial ties to promote in-group cooperation. Instead of relying on kinship ties, individualistic societies will “altruistically punish” group members who refuse to behave altruistically [v]. Among whites, this altruistic punishment of in-group members has initiated a spiral of “self-radicalization” from which escape is impossible. This is characterized by an ever deepening ideological commitment to the utopian idealism of feminism and multiracialism. Since universalist utopias are impossible to achieve, altruistic punishments must become increasingly harsh. The end result, of course, is the racial extinction — or “auto-genocide” if you will—of western Europeans, since no civilization, no matter how advanced, can withstand feminism, mass non-white immigration and cultural Marxism.

The problem is that western European populations have self-radicalized themselves to the point they can no longer de-feminize and de-Judaize their own institutions. Only an economic and demographic catastrophe severe enough to thoroughly discredit neoliberal ideology, leading to the re-establishment of Western traditionalism, can restore sanity to the West. If white males refuse to collectively enforce traditional sex roles and take away women’s rights, the future Muslim Caliphate in western Europe (and very possibly America) will.