Kevin MacDonald: Is The Family Cut-Off From Kinship The Basis Of Western Individualism As Well As Liberalism? Part IV 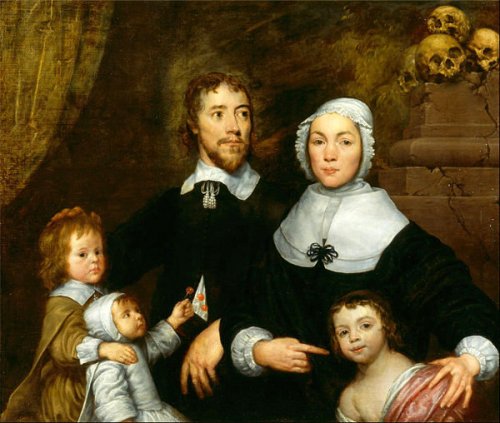 Have you spent countless hours searching for the origins of individualism in the philosophical treatises of the Western Canon? Reading Kevin MacDonald’s Individualism and the Western Liberal Tradition may make you think this was wasted time: the origins of individualism lie in the pedestrian world of family life. Individualism is not an idea, a concept, or a philosophical insight, but, as explained in Part 3 of my extended review of MacDonald’s book, its essence lies in “the cutting off” of the Western family “from the wider kinship group”. And this cutting off was started by illiterate northern European hunter gatherers during the last glacial age in the Upper Paleolithic and Mesolithic periods. In chapter four, the subject of this article, MacDonald continues his analysis of the “familial basis of European individualism” in response to those who argue that this family was a by-product of individual family ownership in the Middle Ages.

In what follows I will bring out the salient features of MacDonald’s argument, how incredibly different was the Western family, while raising questions about the degree to which we can reduce the essence of Western individualism to family patterns. I will use MacDonald’s argument that Sweden stands as the most extreme case of the Western individualist family to suggest that there are other key principles of individualism which are actually absent in current Sweden. A key principle of the liberal ideal is the realization of the variety of individual personalities, along with institutions that encourage such variety, unpopular opinions and the freedom to advocate them openly without reprisals. By this criteria, it is hard to identify Sweden as a liberal nation notwithstanding its individualist family patterns.

Individualistic Families in the Middle Ages

There has long been “a consensus among historians of the family that the family structure of northwest Europe is unique.” The consensus is no longer, as MacDonald notes, that this family was a by-product of modern capitalism; it is that Europe’s peculiar family patterns were already observable in medieval times. We have seen in Part 3 of my analysis of MacDonald’s book that he goes “back to prehistory” to  explain the primordial “evolutionary/biological” basis of this family. In chapter four, which we are currently examining, he attempts to refute the consensus argument that the Western individualist family sprang out of the manorial system of northwest Europe where land ownership was centered on singular family holdings rather than on kinship groups.

Without getting into MacDonald’s careful argument against the manorial thesis, his counter-argument is that “there were already strong tendencies toward individualism” among north-western hunter-gatherer-derived Europeans and Indo-European-derived cultures. Since there is no direct evidence of genetic selection in prehistoric times of these family patterns, MacDonald accentuates instead how the genetic findings he adumbrated in chapters one to three (regarding strong individualist tendencies among northwest hunter-gatherer Europeans and Indo-Europeans) parallel the well attested existence in Europe of “extreme individualist” families in the northwest, “moderate individualist” families in north-central Europe, and “moderate collectivist” families in the south where more collectivist Anatolian farmers settled.

While I was aware of the consensus literature contrasting Western and Eastern family patterns, MacDonald’s thesis goes well beyond in its evolutionary/biological perspective and its persistent focus on how this family was cut off from extended family kinship networks, and how this separation is the foundational basis of Western individualism. Individualism is not a theory but a deeply seated behavioral inclination among Whites. This counters the naive conservative supposition that individualism can be exported to the rest of the world and assimilated by cousin-marrying Muslims in Europe.Because MacDonald presses this incredible contrast between Western and non-Western family patterns, he sometimes uses expressions which may give the misleading impression that, for him, the Western family was “cut-off” altogether from kinship networks. But his point is that there were substantial differences in degree of kinship connections, and that these differences existed within Europe as well. It is not a matter of absence or presence of kinship networks. This becomes clearer in the next chapter, as we will see, when he acknowledges in full the additional, and indispensable, “cultural” role of the Catholic Church in the Middle Ages in breaking down to a higher degree extended kinship networks and thus reinforcing the individualist tendencies already present.

It may come as a surprise, and it is a big contrast between the West and the Rest, that the choosing of marriage partners in the West, more so than elsewhere, was based on “warmth and affection, and physical appearance”. “Close relationships based on affection and love…became universally seen [by the 18th century] as the appropriate basis for monogamous marriage in all social classes” including the aristocracy. I am sure there is a strong correlation between these family patterns and the fact that Europeans were responsible for the best romance novels ever written. Only in the West do we find such novels as Jane Austen’s Pride and Prejudice, Gustave Flaubert’s Madame Bovary, Emily Bronte’s Wuthering Heights, E.M. Forster’s A Room with a View, Margaret Mitchell’s Gone with the Wind, William Shakespeare’s Romeo and Juliet, Marguerite Duval’s The Lover, D.H. Lawrence’s Lady Chatterley’s Lover, Goethe’s The Sorrows of Young Werther.

Is Contemporary Sweden “Individualist” and “Liberal”?

In a closing section, “State-Supported Extreme Individualism in Scandinavia”, MacDonald addresses the paradoxical convergence in Sweden of a socialist state “supporting egalitarianism…as necessary precisely for achieving individualist autonomy”. It would misleading, he observes, to describe Sweden as a communitarian culture since the function of its socialist state is “precisely” intended to afford greater equality of opportunity to the greatest number of individuals by giving them access to health, education, high wages, and good jobs. Nordic societies generally score very high in “emancipatory self-expression” because the socialist state has afforded the greatest number of individuals the economic wherewithal for self-creation, the ability to develop educationally and physically. Likewise the state has solidified the ability of Swedes to have the most individualistic family patterns by freeing parents from child rearing tasks — not by  discouraging high investment on children, but by helping families with child care and thereby giving couples more time to express themselves creatively as individuals rather than being burdened too many hours with mothering roles.This freeing of Swedes from all the remaining collective components of the family has indeed entailed a questioning of the notion that there are “fathers” and “mothers”. Families are “voluntary associations” or contracts between private individuals that may come in multiple forms. There are no deep biological differences between boys and girls. Swedes are “free” to decide which gender (among a growing number of possibilities) they prefer to be identified with, rather than being boxed, as feminists like to say, into a “male-female binary.” MacDonald does not get too much into the downside of individualism at this point in his book other than to mention Sweden’s high levels of divorce, lack of filial attachments, sexual promiscuity and drugs — alongside a political culture that discourages any strong attachment to Sweden’s ethnic identity.

As insightful as MacDonald’s emphasis on family patterns is to our understanding of the nature and dynamics of Western individualism, I wonder whether he is pushing too far the argument that Sweden today is “on the extreme end of individualism” based primarily on the criteria that this nation has exhibited, and continues to exhibit, “the most individualist family patterns in all of Europe”. I wonder whether Sweden can be classified as an individualist society given the extremely conformist culture it has engendered. We call Nordics “radical liberals” but they are not liberals anymore, since very little independent thinking and dissent is permitted against politically correct values enforced by the state without dialogue.It is not as if MacDonald does not recognize the presence of moral communities which regulate the beliefs of its members and limit dissent in the West. As we will see later, this is a key component of MacDonald’s thesis: the very same cultures that minimized in-group kinship ties engendered powerful moral communities to sustain their individual egalitarian behaviors in opprobrium to individuals who did not play by these rules.

But if we agree that there is more to liberalism than individualistic families, and that allowing for the realization of the variety of individual personalities and freedom of expression are essential traits, it may be a stretch to call Western societies today, the same ones that prohibit any criticism of diversity, liberal. Expression of one’s inner potentialities and highest talents, in competition with others and against pre-reflective norms, is central to the liberal ideal of freedom.Although some socialistic measures such as equality of opportunity are consistent with liberal thinking, the egalitarian ideal is not. The fundamental drawback of socialism is that it opposes human variety and divisions, the reality of human conflict and disagreement. Socialism seeks harmonious, well-satisfied citizens well-attended by a nanny state within an ordered whole in a state of happy coexistence. But a cardinal principle of Western liberal thought has been that variety, the right to think for yourself, and to strive in a state of competition with others, is good, for it awakens human talents, allows for individual creativity, and discourages indolence and passivity. Sweden however is striving for egalitarian conformity and uniformity of thought.

While equality before the law, equality of individual rights, including the socialization of education and health care, is consistent with liberal thinking, there is an internal logic within the egalitarian ideal that runs against individualism. The end of egalitarianism is to make all individuals as alike as possible in their attainments, their thoughts, and their standing in society. As John Stuart Mill said, the chief goal of a free society should be the expansion of the expression of individuality, which requires competition of ideas, liberty of opinion, a free press, right of free assembly — the very same traits that are being denied in Sweden and the West at large. Just because we are witnessing in the West indulgent self-expression, disdain for marriage, narcissistic behaviors, breakdown of family patterns for the sake of personal greed and narcissism, it does not mean that Sweden has not become an authoritarian state that is anti-liberal and anti-individualistic.

The West may well be in the worst of all possible worlds, a very weak ethnic identity, breakdown of family relations, confused gender identities, regulated by a nanny state with everyone behaving increasingly alike in their conformity to diversity and lack of individual daring and originality against PC controls.