The Myth Of “White Genocide” 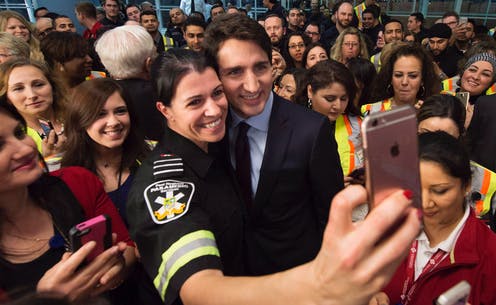 ​​​In 1927, eugenicist T. Lothrop Stoddard criticized internationalists for wanting to transform the United States into “a mosaic of races, cultures, and contrasting attitudes”:

The ultimate consequences of ‘opening America to all mankind’ would almost certainly be political and social chaos, frightful civil or racial war, and the destruction not only of American national unity but of everything worth while in American life. No worse fate could possibly be imagined for our country than an ‘internationalized’ America [1].

His warning was to go unheeded. After WWII, the intellectual climate had become increasingly hostile to the idea of race and sex differences. Carleton Coon’s magnum opus The Origin of Races, published in 1962, would not sit well with either the white public or academia. By 1965, what Stoddard called “the rising tide of color” had been set in motion, aided and abetted by whites who had shed their white racial identities for a non-racial “global citizenship.” Since then, the West has ceaselessly imported non-whites as if it were “busily engaged in heaping up its own funeral pyre”[2].

What was considered healthy and normal before the 1960s, was now condemned. Whence this new moral imperative of white race replacement?

The truth is that white men are primarily responsible for the destruction of the West. White men liberated women from their traditional role as housewife and mother. Nowadays, women are encouraged to spend their prime reproductive years getting an education and pursuing a career. The consequences of this unrestrained female hypergamy are a lower white fertility rate and the destruction of the traditional monogamous family unit. In 1919, the US Congress ratified the 19th Amendment, giving females the right to vote. Concerning this regressive legislation, academics write:

Suffrage coincided with immediate increases in state government expenditures and revenue and more liberal voting patterns for federal representatives, and these effects continued growing over time as more women took advantage of the franchise [3].

Whites ensured passage of the 1964 Civil Rights Act, ending racial segregation in the southern states. If it wasn’t for the civil rights movement, blacks would have remained segregated and the black-on-white crime rate would be insignificant. The 1965 Immigration Act, which inaugurated America’s demographic transformation, only became law because of white power and influence. The US is now on a direct path to becoming a North American version of Brazil by the middle of the 21st century. If not for whites, there wouldn’t be a feminist or a civil rights movement that Jews could infiltrate and hijack to further their own ethnic interests, nor would the Israel lobby have the congressional influence it has today. This is not to deny the Jewish role in the downfall of the United States, but to point out that most white problems are caused by millions of gullible white voters and their white globalist elites.

Some believe the Western democracies are somehow preventing the white majority from organizing en masse to resist their own racial “displacement,” but this is a laughable excuse. First, white nationalists are a very small percentage of the population of North America and Western Europe. That few whites actively sympathize with white nationalist causes is empirically supported by numerous surveys and questionnaires. For example, in the US, the Institute of Government and Public Affairs has published data showing that white majority opposition to school integration and interracial marriage, once common during the 1940s and 1950s, has largely evaporated [4]. An ANES survey (2016) reports that 6 percent of white respondents expressed support for white identity politics [5].

Second, if whites were as pro-white as some people say they are, they would have long ago voted white activists into office to put an end to the Cultural Revolution of the 1960s. We would have been treated to an unbroken succession of white nationalist governments. There would have been a President David Duke and a Prime Minister Nick Griffin. Instead, whites show their disdain for pro-white advocacy by voting for the same neoliberal globalist parties ad nauseam. Pierre Trudeau, the architect of the modern liberal police state in Canada, was voted into office four times, despite allowing non-whites to enter the country and become “new Canadians” during his first term as prime minister.

In October of 2019, former Canadian MP Maxime Bernier, of the People’s Party of Canada (PPC), ran for office on a platform of modest immigration restriction. Despite wanting to cut Canada’s already massive non-white immigration numbers in half – from 300,000 annually to 150,000 – the PPC failed to gain a single seat in Parliament.

White nationalists believe that non-white immigration is “white genocide,” but is this an accurate perception of reality? What would we be seeing if demographic genocide was really occurring in Western countries? What do we see in Tibet and Xinjiang, where there is indisputable evidence of demographic genocide? We see a long record of wars, rebellions, terrorist attacks and widespread civil unrest in response to state-enforced migratory policies, which continue despite the overwhelming numerical and military superiority of the Chinese occupation.

When it comes to whites, we see no resistance of any kind. Whites neither wage wars, rebel or commit terrorist acts against their supposedly “oppressive” Western governments, even though they have both the numbers and technical ability to do so if they wanted to. Why the inertia? The answer is that whites want to be demographically replaced; they do not want to be saved, least of all by other, more level-headed whites. The demographic transformation of the West is occurring because of mass democracy, not because of the “soft” totalitarian policies of the globalist elite. These are a consequence, not a cause, of the demographic transformation of the West.

Notwithstanding Bob Whitaker’s online mantra, “white genocide” is a myth [6]. By calling white race replacement “genocide,” we trivialize the enormity of this crime for cheap rhetorical purposes. Not only is non-white immigration not “white genocide,” it isn’t “invasion” either, since non-whites have been invited by whites to settle in white countries. Neither are whites being ethnically cleansed or “dispossessed” of their own nations, since they are freely giving away everything they have received from their ancestors, often with smiles on their faces. In this case, non-white replacement migration is more accurately described as collective white racial suicide, which is not the same thing as genocide, invasion and ethnic cleansing.

The conclusion that follows is an unhappy one. There will be no collective white racial awakening. The diversity madness will not end until the West is utterly destroyed. As it now stands, a solution to this pitiable state of affairs remains an elusive one. Peaceful dissemination of race realist and white nationalist ideas seldom accomplishes anything. Whites, many of whom are already familiar with the biological reality of race and sex, will continue to uphold the neoliberal order, regardless of what the latest science says (just like Richard Nixon [7] and Ronald Reagan [8] did).

Since resistance to neoliberalism is futile, white nationalists must stop lying to themselves about what the majority of whites want or whether they really want it. For example, it is often alleged that whites are being systematically brainwashed into supporting their own racial suicide by the education system and the mass media, yet brainwashing remains scientifically unproven [9].

White ethnomasochism is a hard-to-swallow blackpill for pro-white activists, which is why so many cope with specious rhetoric about “white genocide,” “invasion,” “racial dispossession” and “ethnic cleansing,” anything to deflect white responsibility to some fictitious external agency, rather than acknowledge the white electorate is willfully cannibalizing itself while its civilization lies in smoldering ruins all around it.

If the prognosis is a bleak one, what hope is there for pro-white activists? The only viable option that remains is separation from the mainstream.