The Inevitable Decline Of The Faustian West 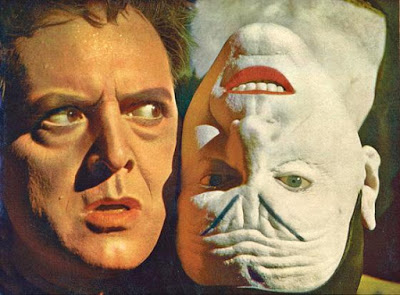 Systematic cultural analysis by analogy, the essence of Spenglerian historical morphology, reveals the universal laws of growth and decline governing the cycles of history. It is dependent on the idea that cultures are like biological organisms; after their genesis, they sustain a period of growth until they achieve maturity, before finally succumbing to old age and death.

On their way to oblivion, cultures become megalopolitan civilizations, their hordes of soulless bugmen ruled by the dictatorship of Money and its political weapons, the democratic governments and state-owned medias of Western countries. These institutions rely on consumerism to pacify and control their citizens. Spenglerian morphology replaces a traditional Eurocentric and teleological view of history with a pessimistic, but organic and teleological view of culture. Since all cultures bear within themselves the logic of their own becoming, or “destiny,” the extinction of the Faustian West is an historical inevitability. Even without the threat of non-white immigration, Western culture would still be in a state of irreversible decline. The 20th century has produced no art and literature on par with da Vinci and Shakespeare, nor has it produced scientists of the same caliber as Galileo and Newton. Not only has art and literature degenerated in quality, but rate of scientific innovation has declined since its peak in 1873, the high point of the “golden age of invention.” All of the main inventions we rely on today have been in place since the 1950s.

Everywhere around us the Faustian West is crumbling. Its downfall is because of an unquenchable thirst for limitless 3-dimensional space. This requires the overcoming of all physical limitations, achieved by an increasing dependence on abstraction. It is this over-reliance on abstraction that severs Faustian man’s connection with the soil. This means that in place of the peasant’s blut und boden will be found a deracinated cosmopolitanism. The quest for limitless space even affects the survival of the subspecies. Womens’ liberation gives free rein to the hypergamous mating instinct in the name of an abstract liberty, an unsustainable state of affairs that results in sub-replacement fertility and eventual large-scale depopulation of Western countries. The decline of the Faustian West will eventually bring down all of humanity. Liberalism, multiculturalism and feminism, when exported to the ends of the earth, will cause immense destruction because they seek to “free” man from the tyranny of his biology. The white man’s fate is like that of Icarus, who came crashing to the ground after having soared great heights.

The decline of Western culture may be a cause of sadness for some. After all, its great cultural achievements in art, literature, philosophy and the sciences will disappear along with it, never again to be enjoyed by posterity. However, there are alternatives to accepting the inevitable with a spirit of passive resignation. Nietzsche’s amor fati may serve as the most effective response to Spenglerian cultural pessimism:

My formula for greatness in a human being is amor fati: that one wants nothing to be different, not forward, not backward, not in all eternity. Not merely bear what is necessary, still less conceal it—all idealism is mendaciousness in the face of what is necessary—but love it.

By embracing his own fate without ressentiment, the pro-white activist comes to terms with it. In Nietzsche’s idea of eternal recurrence, amor fati is achieved when one relishes the thought of living the same moments of one’s life an infinite number of times. On this view, the decline of the West is not a cause for mourning, but something to be eagerly embraced.

Nietzsche said: “What does not destroy me, makes me stronger.” Through amor fati, the hardships of the present age are embraced, but this also makes them obstacles that must be resisted and overcome. The more destructive the neoliberal policies, the more efficacious they become as agents of health. This means that white nationalists engaged in resistance are bound to emerge from the contest far stronger and healthier than ever before. Through struggle, race-conscious whites experience Western decadence and nihilism firsthand; if they are introspective, they gain a deeper insight into why the Western cultural malaise of the 19th century has devolved into the social and cultural pathologies that plague Western civilization.

Although Spenglerian laws of morphological development are immutable, there may be a faint glimmer of hope at the end of each culture’s life cycle. Civilizational collapse may serve as a useful winnowing fork, separating the wheat from the chaff, the healthy from the sick, the strong from the weak. If so, we may expect only the healthiest and strongest whites to survive the death of the West, but even if Western whites go extinct because of feminism and mass immigration, there will always be whites who categorically reject Western xenophilia, ethnomasochism and pathological altruism. Slavs have been conditioned to favor in-group loyalty after centuries of interethnic and interracial wars fought against Mongol hordes and Saracen invaders. This has made them fiercely nationalistic and ethnocentric. Exposure to non-white tyranny has immunized the white populations of the East to the mind-numbing clichés of globalist propaganda. If the Western branch of the white race disappears, we must place our hope in the Eastern branch, who may become the seedbed of another great culture, a New Beginning for a much stronger and healthier race.