The Beautiful Forest Mind Of Whites 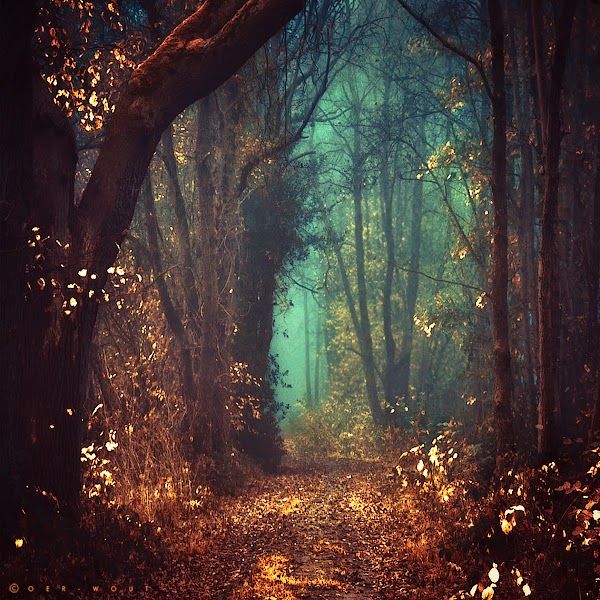 Editor’s Note: This is an extract from the book Sweet Dreams and Terror Cells by Frank Raymond. This part of the book discusses the forest mind of the white man and woman, a mind that yearns to live in amity and among all animals and all Nature. This is manifested in the white urge to preserve Nature and green spaces, and in children’s literature that shows animals living like humans, with clothes, houses, cars. The narrator is Shane Douglas, the protagonist of the story, who meditates upon this aspect of the white mind in an effort to ignore the pain of torture.

The mythic life of the white mind: the fantasy, the absurd, the impossible and the sublimely beautiful, with animals weaving in and out. To live as one with animals, with real bears, Goldilocks bears and teddy bears. The white mind and its life with animals, among animals. Why did whites have this special and uniquely strong urge to live with squirrels and raccoons, hares and bears? Why did whites such as George Adamson risk life and limb — and die — to make lion refuges in the most dangerous spots of Africa? Why was the wonderland of Alice rich in mock turtles, white rabbits, gryphons, frog footmen, a walrus, a lion and a unicorn?

Shane wondered why, and he embarked on a journey of speculation, drawing upon the groping, straining half-thoughts and particles of ideas that he had garnered from that discussion meeting — oh, so long ago — of the Radtke group, at which Old Bill and two others had contributed most of the ideas, or rather half-formed notions.

The non-white peoples do not like the environment and the nature that surrounds them, for so often it is unpleasant. The people of Iraq and Iran do not like their hot sandy desert and the people of Indonesia do not like the expanses of sunbaked plain, rain-swamp and paddy-field that they see all around them. Africans hate the arid, loose-ish red earth that lies underfoot and surrounds them. The men and women of Burma and Cambodia do not like their swamps and dense tropical jungles, their torrid climate. The jungle is not like a northern forest. You walk in it and you are beset by flies, mosquitoes and leeches. The soil is composed of large porous particles, and the grass is wild and unpleasant. Lie on the ground and you get up dirty. Everywhere the air is hot, humid and often fetid. The trees are bent, with twisted branches, so unlike the straight pines and firs of the lands of the Western peoples.

In most of these lands, they do not enjoy the changing of seasons, cannot thrill to the cycle of life and rebirth, of leaves falling and seeds germinating at a particular time of year, of the contrast between summer heat and winter snow. It is always one season, hot and humid, with only minor variations. For many tropical peoples, the change in climate is marked only by rain and wind. It is the rainy season or the dry season, or perhaps the season of winds, storm and rain that will be followed by a period of sullen, sultry calm. And the vegetation and the flowers remain the same, the year round.

So the peoples of these regions live with their environment, their climes and their soil, and meet the challenges posed by them, but they get no pleasure from them. No one ventures into the desert or the jungle for pleasure, no one goes for a hike in the wet swampy soil of the Bengal delta.

You are liable to step on a swarm of ants whose bites leave a lingering sting and a painful smarting. There are no hiking trails in India or Thailand.

Often they reap rich bounties from their soil and surroundings. There are days when the air is heady with the odor of the masses of ripe mangoes in the tree branches, and myriad bunches of bananas make golden yellow clusters amid the soothing pale green of the wide, large and soft leaves of the banana trees, leaves that are as broad and long as a twelve years’ child.

However, they cannot experience their terrain and nature as a place of beauty, pleasure, recreation, rejuvenation and wonder, a place that they see in their imaginations, a playground where their imaginations and spirits would like to roam. When a German couple feel that their marriage is showing the first signs of turning sterile and joyless, and consult a marriage counselor, the counselor asks anxiously, “Do you walk together in the woods?” No couple in Thailand or Burma walks in the woods. The hut, the village and the city are a shelter, escape and protection from having to ever go into the woods or the fields.

Shane bethought himself of countries such as Nepal and Korea, where colored peoples had a more European climate and vegetation. They had beautiful countryside, northern climes and four seasons. Yet the peoples of these countries did not have the deep love of nature and animals that was innate in the white heart. They had not marked out hiking trails and shown a love of hiking till influences from the West reached them, and they certainly had not shown a love of animals on the level of Animal Friends, The Tales of Beatrix Potter, Wind in the Willows or Watership Down in their stories and actual treatment of animals. The people of Nepal did not think of the forest as a place of wonder and mystery, and did not have stories of children coming upon hidden cottages deep in the woods. He knew that from his time in Nepal. For that matter, the Native Indians of Canada had no long stories that dwelt upon animals, or of animals behaving like humans, speaking and dressing like men and women. Despite their long sojourn in this land they never made toys in the shape of animals, or dressed them up like humans, or conceived something like a Teddy Bear.

The white mind had formed from the confluence of a Nature of great beauty and seasonal change, and a people who thrilled and cleaved to that Nature. Behind the reality that they thrilled to that beautiful Nature there might be mythic factors, and he would explore them soon.

Shane reflected that for him and Cheryl, the ‘great escape’ was to hike in the hilly trails off of North Vancouver and the Sea-to-Sky Highway, amid the pines, maples and ferns, and that it was a thrill to come across a stream of cold, clear water running down over rocks and pebbles.

No Asian or African people feel that way about their natural surroundings. In Namibia and Tanganyika couples do not venture out into the countryside to enjoy nature. They do not embrace their hot, humid and unpleasant surroundings; they ward them off. Meanwhile in Europe the earth is firm, the grass is green and sweet, and you can lie and rest on the ground in a European forest. On the meadows the air is fresh and pure, and all is pleasantly cool. The land is hilly and featured, unlike the flat and dull expanses of much of the tropics. One stands on a path on the flanks of a hillside or at the edge of a height overlooking a plain, and the view is breathtaking. The plains are green, clean and dotted with fields, copses, woods and silver rivers that wend their lazy way through the countryside and the seasons.

The seasons change, from warm lazy days under the summer sun, to the heartbreak of the brilliant yellows, browns and reds of the leaf fall and the occasional gusts of autumn, and then to the pure crisp whites and bracing cold airs of winter. There is variety and change, something refreshingly different, something to look forward to.

Thus the European peoples have always loved their forests, fields, verdant meadows and climate — their Nature. And the children play in the glades and copses, and dream of winding narrow paths through the forest in the moonlight to cottages of mystery buried deep in the woods.

The white mind loves the forest and its mysteries, and the white child would like to play in it forever. Therefore he and she would like the forest to be a friendly place, not a place of claw and fang, of sudden ambushes and bloody death, of wolves falling upon deer, of foxes swooping upon rabbits and hares. The white mind would like all these beautiful creatures to live in friendship and harmony, so that the forests, hills and meadows will be places of beauty, wonder and delight where he and she and they, the animals, can wander with peace of mind and with amity in the heart. He and she love animals, for they are an integral part of that magic environment, and have the innocence, beauty, majesty, wildness and naturalness of unspoilt Nature.