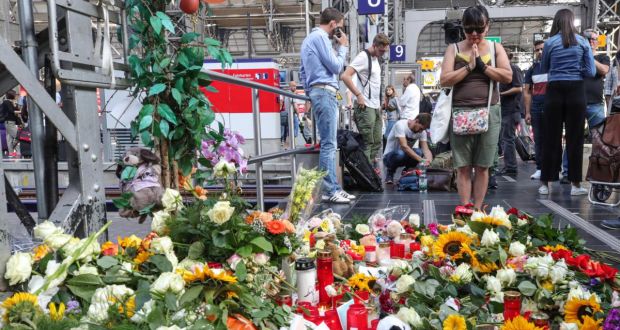 There was a time not so long ago that we in North America heard about a successfully executed Muslim terrorist attack in Western Europe every month, or even every week at a certain point (the summer of 2016 comes to mind).

In that summer, the deadly violence reached such a fever pitch that the New York Times described the situation in an unusually concerned tone given the subject:

“Nearly every day seems to bring a new horror to the streets of Western Europe, leaving innocent men, women and children dead or broken, fueling political and social tensions” [1].

In the years since then, mass casualty terrorism has largely stopped in Western Europe, but the underlying problem is still present – and getting worse.

Terrorist attacks resulting in large amounts of casualties and shocking footage, like the truck attack in Nice [2], the Bataclan attacks in Paris [3], or the spate of terrorism in London that led to Theresa May raising the terrorist threat meter to its highest level [4], have largely stopped [5].

There are different explanations for why this is, from the defeat of ISIS in the Middle East to increased counter terrorism effectiveness in Western Europe. This is, of course, a welcome relief to Europeans living on the continent. It does not mean, however, that the problems have stopped. Large scale terrorism has merely been replaced by low level violence directed at native Europeans by foreign populations living in Europe. If anything, this is more concerning – especially given that the media in North America doesn’t cover events that aren’t ‘dramatic’ enough.

Yes, the large scale terrorism has largely stopped (for now). This isn’t much of a comfort for Sweden, rocked regularly by explosions [6], migrant car burnings [7], sexual assaults by migrants against Swedish women and children [8], gang warfare [9], and the continued presence of “No-Go Zones” [10].

In Germany, a migrant pushed a mother and her son in front of an oncoming train, resulting in the death of the boy [11]. In England, six more men have been convicted in August of this year for their part in Rotherham’s mainly Muslim grooming gangs[12].

If you thought grooming gangs were limited to Rotherham, sadly you are incorrect – they have operated in many English towns, from Aylesbury to Newcastle to Peterborough [13]. In France, hundreds of ‘sans-papiers’ (illegal migrants) stormed the Pantheon – a historic Parisian building where many important French figures are buried [14]. The mainly African protesters chanted slogans, demanding immigration papers in the resting place of Voltaire and Emile Zola.

The stories outlined above are really just the tip of the iceberg. Ask your European friends in private and they very well might tell you more. The picture these stories paint is that of a continent in silent agony. Western Europeans are not being murdered in as large numbers as they were a few years ago, but their slow motion displacement and humiliation by foreign populations almost seems worse.

It’s not an understatement to say that the whole situation feels like an occupation or an invasion: in an opinion poll by French newspaper Le Monde, 64% of respondents said that “they no longer feel at home in their country”. The migrant in Germany who pushed the mother and son in front of a train did so in Frankfurt, which in 2017 became the first German city where ethnic Germans are the minority of the population [15]. The fears felt by Europeans are not limited to outbursts of violence, but include a general anxiety about being displaced by outsiders in the country they grew up in.

Terrorism is not the problem, but rather is the most noticeable and dramatic of the many symptoms of mass Muslim immigration into Europe.

The North American media does a disservice to our friends across the pond when it ignores these less dramatic but equally important symptoms, but in the Information Age the legacy media outlets are becoming increasingly irrelevant. In the modern day, every individual has their own printing press in the form of whatever online reach they have, no matter how small. By using our printing presses to spread the word about what’s happening in Western Europe, we can reassure our European friends that they are not alone – and of course, attempt to avoid the mistakes their governments have made.