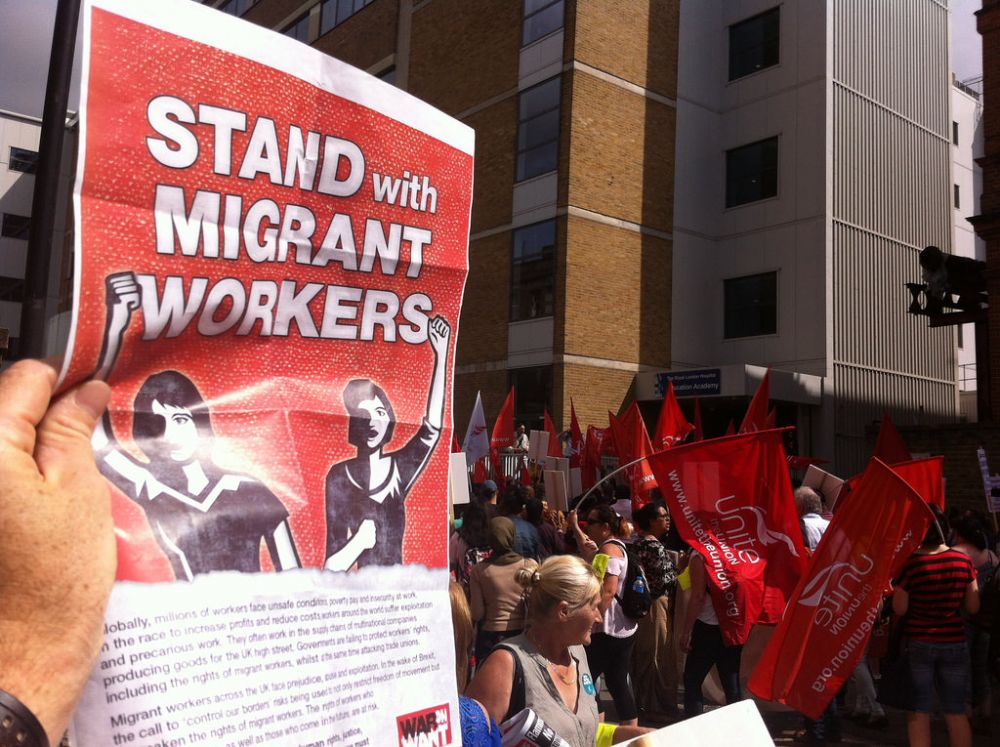 The Long Search for Agents to Destroy Western Civilization

​​​The left in the 1960s did not consciously set out, in programmatic fashion, to push mass immigration as their biggest weapon to undermine Western culture, but a weapon it has become, the most formidable weapon ever created in the long march to destroy Western civilization. Cultural Marxists are now fully aware that immigrants can outperform any former revolutionary agent, workers, peasants, Third World guerrillas, feminists. Immigrants are not only a political force, but a demographic-racial force that will transform white nations into mongrelized post national states without any common identity other than deracinated masses of consumers grasping for identities in shopping malls and university halls.

In the early 1840s, Karl Marx identified the working class as the most oppressed revolutionary agent growing inside capitalism, the most exploited class with nothing to lose but its chains, ready to join communist parties advocating for the expropriation of capitalist property and the creation of factories with communal ownership. But this class was too attached to its national identities and rather happy with the capitalist prosperity that came after the 1850s. This prompted the left to look for other agents to bring about their revolution. Lenin looked to a revolutionary vanguard of party members committed full time to revolutionary thought and action, unswayed by trade union gains. Mao looked to the impoverished peasants longing for their own lands and unaffected by bourgeois temptations. Che Guevara looked to Third World guerrillas fighting imperialism, and the New Left and Postmodernists looked to women, blacks, aboriginals, and homosexuals.

But slowly and imperceptibly, as communism failed, and as leftists came to co-exist with market economies, and capitalists came to realize that New Left ideas and proposals were not a threat, but a most excellent movement to give capitalist globalization a humanitarian face, and leftists rose in the ranks and began to focus on identity politics and the inclusion of everyone into the mainstream, including diverse races, it dawn on an establishment now suffused with leftist notions and programs, that the best strategy to continue the globalization of markets was to defeat the ethnic nationalism still prevailing in Western nations, proud of its heritage and identity.

There was a growing realization among mainstream conservatives that New Left ideas, with their focus on cultural politics, destruction of patriarchal and racist nationalist working classes, were not incompatible with capitalist accumulation but could instead give the system a humanitarian face. During the late 1970s, and with more serious gravity in the 1980s, the international capitalist elites had come to the realization that the Keynesian regime of accumulation, which had brought effective demand and economic stability from the late 1940s to the early 1970s, and which involved a “class compromise” between the White working class and the business elites, together with husband-supporting wages, job protection, and rising incomes across the board, was no longer suitable for the more globalizing imperatives of capitalism.

The left, for its part, wanted a cosmopolitan citizenship, solidarity across nations, equalization of living standards across the globe, and an end to “systematic racism” of whites against blacks and minorities. It wanted human rights for everyone, the right of refugees and poor immigrants to come to Western nations built on the backs of slaves, aboriginals and imperialistic exploitation of Third World peoples.

Out of this climate, capitalist globalization and anti-racist solidarity with Third World peoples,  multiculturalism came to be pushed as a new progressive form of citizenship for a more inclusive Western world away from the “pervasive presence of ethnic and racial hierarchies” of the past. Western nations, and their institutions, were dominated by “Eurocentric” white males. Multicultural citizenship would promote the equality of other cultures.

Very astutely, New Leftists infiltrated and subverted the liberal concept of minority rights (rights for long established minorities inside one’s nations) to mean that Western nations must open their borders to millions of foreigners. Whites were brainwashed into believing that liberal democratic ideals required the opening of Western nations to masses of immigrants in need of “minority rights”. The concept of human rights — which initially meant the right of humans to have basic economic sustenance and security in their own nations — was redefined to mean that humans across the world were in possession of natural right to be citizens of Western nations.

The mainstream conservatives, longing for cheap labor and for moral approval, come to realize that the proposals of the New Left posed no threat to their globalist plans, but were indeed conterminous with global capitalism. Western nations would be sold to the world as a business places with a global, not a national, identity. Conservatives wanted niche markets without clear national boundaries, globally reliable, standardized products, low in price. National identities are inefficient and slow moving, inconsistent with new technologies of communications. They wanted cheap immigrant laborers and mongrelized humans without identities endlessly seeking pleasures in a homogenized world market.

This globalist deconstruction of national identities was very suitable to New Leftists seeking to “free” humans from any pre-given biological and national-historical identities. To be truly free, they believed,  individuals must be allowed  to choose their own racial, sexual, and national identities. Bringing masses of immigrant would ensure the “freeing” of Westerners from identities constructed by dominant White males. It would also ensure the creation of global citizens away from the “xenophobic nationalism” of the past; citizens sensitive to the sufferings of “strangers”, quick in their responses to violations of human rights, ready to assist those threatened by famines in Africa, floods and earthquakes, all the while enjoying ethnic restaurants and multicultural celebrations.

Both the mainstream right and the left actually reached a consensus on the “economic benefits” of mass immigration. They both agreed that the populations of Western nations were set to decline dramatically in the next decades due to continuing below replacement fertility rates, resulting in a shrinking labor force, coupled with an aging population, which “threatened” economic growth and the financing of welfare expenditures and environmental policies.

Immigrants thus came to be seen as the most important agent of change, prosperity, global solidarity, environmentalism, freedom to choose one’s national and racial identities — against a dominant and racist white male hegemonic structure which stood in the way of capitalist accumulation and cosmopolitanism. They were the agents that would finally bring an end to ethnic divisions, abolish all biological in-groups, and create individuals who could easily move from one socially constructed in-group to another in a state of harmony.

Since immigrants have been chosen as the most revolutionary agent to transform forever the racial and cultural identities of Western nations, there is no other choice but to engage in White Identity Politics.