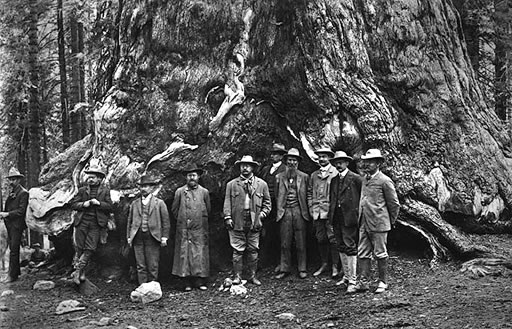 ​​​Environmentalism is a failure because it is based on fabricated evidence and outright scientific falsehoods like human-caused global warming. It is also a failure for pragmatic reasons. Since taking care of the environment is seen as a collective—rather than an individual—affair, Greens typically advocate liberal and socialist economic policies. The Green shibboleth of environmental sustainability is premised on the idea of wealth redistribution. Economic inequality in Third World countries adversely impacts environment, therefore rich Western nations must send billions of dollars in foreign aid to Third World backwaters to produce higher quality environments.

Of course, this approach is flawed. Socialism does not work and wherever it has been tried, it produces lower quality environments. One need only look at the catastrophic environmental record of the former Soviet Union (i.e. Chernobyl) and the Eastern Bloc countries to know that this is true. Too much equality ruins the environment because there is less of an incentive to maintain it in a relatively sanitary condition. Furthermore, wealth redistribution never achieves its desired end because there are innate biological and genetic differences between, not only individuals, but nations and races.

If environmentalism doesn’t work, what does?

President Teddy Roosevelt was among the early 20th century’s most prominent conservationists; through executive order, he established dozens of national parks, forest reserves and wildlife refuges across the US. His philosophy of conservation was simple:

The nation behaves well if it treats the natural resources as assets which it must turn over to the next generation increased and not impaired in value.

According to conservationists, man is superior to nature, but also its steward. With stewardship come certain moral responsibilities. Man is obligated to leave the environment better than when he found it for the next generation. How would he best ensure that the environment was well taken care of?

In 1991, Gene M. Grossman and Alan B. Krueger noticed that an upside-down U-shaped relationship exists between the quality of the environment and the level of income, that is, wealth. After analyzing data from 42 countries, they calculated that the critical point occurs when the annual GDP reaches something between $6,700 and $8,400 per capita.

Applying this to the real economy, a remarkable conclusion follows: Economic growth—an increase in wealth—is ultimately beneficial to the environment.”

The correlation between economic growth and quality of environment is not complete without a discussion of racial factors. Whites create better environments than non-whites (with the exception of the Japanese) because only whites create societies conducive to high rates of economic growth. In the West, the air and water are less polluted; the towns and cities are cleaner; there is less congestion and overcrowding. Most importantly, large sections of the natural environment have been left untouched, reserved for the enjoyment of future generations.

If industrialization was as bad as environmentalists say it is, Western industrial societies would be just as filthy as those in the developing world, maybe even worse. Yet the exact opposite is true; having a better environment is simply a beneficial side effect of high economic growth. Once a certain level of average GDP per capita is reached, people suddenly have the leisure to develop an ecological awareness of their surroundings.

Whites have produced virtually all of the world’s creative geniuses; this has made Western civilization the wealthiest and most powerful that has ever existed. The fact that white Western societies were racially homogeneous—until globalist elites decided to embark on a program of mass immigration in the 1960s—meant that people were willing to care for each other, allowing them to hand over the environment “to the next generation increased and not impaired in value.”

As white societies become more racially heterogeneous through non-white immigration, mutual trust is eroded. As white societies fracture along ethnic and racial lines, people become more isolated from each other and “hunker down” (Putnam, 2007). They withdraw from society and lose interest in taking care of the environment. If people are more likely to care for each other in a white homogeneous society, they will be more likely to leave the environment better than when they found it for future generations.

In a racially homogeneous white society, people will share the same average level of intelligence, so there will be less of a need to take money from the federal budget to squander on underperforming minorities. Since minorities produce far worse environments than whites, as we see in black-run cities like Detroit or even black-run countries like Haiti, having none of them around means more aesthetically pleasing and sanitary environments for whites.

If race and IQ are positively correlated with efficient natural resource management, then the best environmental policy is to encourage more industrial economic activity, i.e. more factories, more smokestacks, more burning of fossil fuels and more R & D, but only in white racially homogeneous societies. Government policy will not preserve nature for us, but encouragement of ethno-nationalism and racial separatism among whites will.

Environmentalists are too pessimistic; the large number of geniuses that have shaped the course of Western civilization since the time of Plato and Aristotle are the white man’s greatest resource. Average men see limited resources, but to a genius, the list of potential resources is infinite; for all we know, man’s next most vital resource may be all around us, like water or air. All that is lacking are the men with the IQ and creativity to discover novel industrial uses for them. The scientific method ensures that man is not the prisoner of his own biology or even the laws of thermodynamics. As Western man’s knowledge increases, his limitations quietly recede into the background.

Promotion of nationalism as part of an ideal environmental policy is incomplete without discussion of neo-Malthusianism. Conserving and increasing the white man’s stock of natural resources for future generations will not be achieved under some neoliberal system of world governance, where national interests are subordinated to economic ones, but by cultivating the white man’s most important resource, his ability to create the world’s great geniuses. This can only be done by implementing a pro-natalist policy that encourages high quality whites to have as many children as possible.