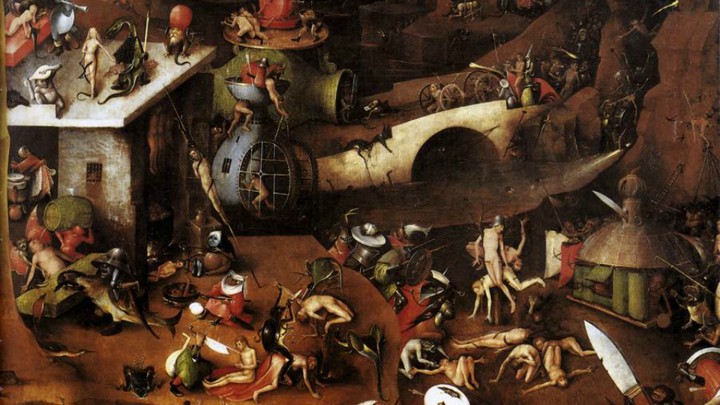 In a contrived act of theatricality, Greta Thunberg delivered a fervent speech about climate change at the United Nations (UN) on Monday 23 September 2019. Although her address was both lauded and condemned for its intensity, Thunberg’s dire warnings about our future can trace their lineage to an immense back catalogue of alarmist environmental fantasy.

This veritable avalanche of media takes the form of articles, books, videos, academic studies, pamphlets, and soaring oratory that has predicted any number of cataclysms [1]. These works, in turn, are implicitly reminiscent of the Western Apocalyptic tradition.

Western Apocalyptic writing “is structured according to a divinely-predetermined pattern of crisis, judgment, and vindication” [2]. These tracts, originally from Christian and Jewish writers, are characterized by a pessimistic view of the present in which the world is beset by any number of hardships and misfortunes. The apocalyptic writer often describes a world of moral and physical degeneration; violent climactic changes, drought, earthquakes, and fire presage an ultimate catastrophe. Finally, in a penultimate climax, the evil spirit of this first age becomes manifest as a dragon or other beast to torment mankind. This nadir is juxtaposed by a millennium, or a redemptive period — brought about by a wrathful saviour — which is joyous and fantastical, a near-utopian future. According to Nicholas Goodrick-Clarke

When a new age dawns, the former sufferers will be redeemed and exalted. Such prophecy possesses enormous appeal for those beset by severe adversity [3].

The elites of many Western countries have invoked, in most cases unwittingly, this apocalyptic framework to justify the ongoing escalation of their ruthlessly extractive behaviour. Three of Canada’s major political parties, for instance, recently embroiled in a Federal election campaign, have pledged to enact a punitive carbon tax on citizens and industry. More importantly our hostile globalist elites have increasingly used climate change to justify the ongoing population replacement scheme now underway. Migrants have become “climate refugees” in the parlance of many. Catastrophic mass migration into Canada and the wider west is now justified by apocalyptic environmental alarmism.

The apocalypse is a potent tool that can terrorize, galvanise, and coerce. Millenarianism imbues those challenging the prevailing dispensation with a righteous arrogance: after the End Times are averted and the new millennium dawns, they will be sure of their roll and will relish being part of a new, privileged elect.

But at what cost?

Is it responsible to invoke the apocalypse in order to foment policy changes?

A fourteen-year-old boy in Manchester, England committed suicide partly because of “climate change anxiety.” Even Greta Thurnberg herself stated that she suffered from depression at age eight, in part, because of climate change. Thurnberg was “later diagnosed with autism and obsessive-compulsive disorder and gradually became despondent as she obsessed over her fear of climate change. She developed mutism and an eating disorder so severe that she once went two months without food, and she stopped going to school” [5].

At the age of 11, she fell into the dark hole of depression. “I stopped talking and I stopped eating. In two months I lost about 10 kilos of weight.” She was diagnosed with Asperger’s syndrome and selective mutism. “That basically means I only speak when I think it is necessary,” she says. “Now is one of those moments” [6].

Thurnberg, after describing a reductive and pessimistic view of the present, unconsciously invokes the promise of an idyllic millennial future: “A very happy young girl looking forward to a bright and wonderful future.”

Seemingly, through her activism, and the admonishment of those holding power, a new golden age will blossom [7].

While the UN proports to stay out of domestic affairs of its sovereign member states it can exert enormous pressure on elected and non-elected officials to implement its policies. Part of that pressure is in the form of this world ending rhetoric that scares the wits out of people and conditions citizens of nominally sovereign states, like Canada, to turn a blind eye when their economies are ruined to circumvent Armageddon.