We Need To Talk Frankly About Race And Multiculturalism 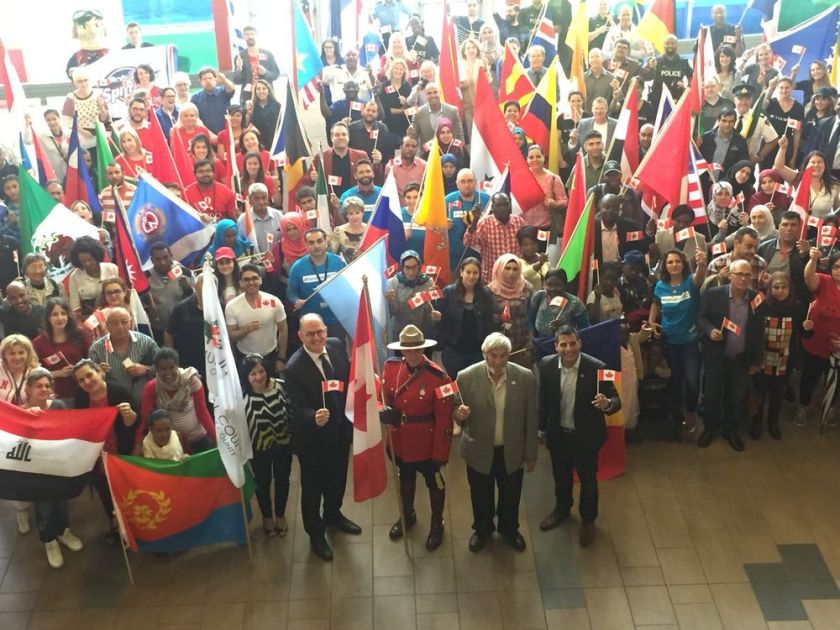 We need to talk frankly about race and multiculturalism.

The questions we all need to face are as follows. Please consider your own answers and corrections, and add your own questions or make your own list.

Why did those humans who migrated northwards into Europe and Eurasia about 50,000 years ago from Africa evolve with light skin, blue eyes and fair hair?

Why did Europeans develop advanced technologies and more complex social organisations than Africans and others?

Is ‘cold winters theory’ valid or not? That is, did those humans living in less hospitable northern areas evolve superior cognitive capacities (planning, organisation, ingenuity) and behavioural strategies (delayed gratification, law and order) in order to cope with harsher winters, the need for dense housing, and less reliable natural food sources?

What role do climate and environment play in the evolution of group differences?

Why were Europeans able to travel to, invade, and take slaves from Africa and not vice versa?

Are African Americans and black Europeans better off than they (obviously hypothetically) would have been had transatlantic slavery never happened? Are they not better off than modern Africans?

Is it true that the transatlantic slave trade and colonialism, theft of resources, debt and other scars continue to hold back African progress?

Is it true that Europeans and Euro-Americans thrived industrially, and enjoyed accelerated progress, entirely or mainly off the backs of black slave labour?

Do these Westerners owe reparations to the descendants of African slaves?

Was European colonialism wholly catastrophic for the countries concerned and are they owed something?

Does the West owe refuge and citizenship to unlimited numbers of immigrants from the global south?

Is race a legitimate, real and necessary category or a ‘pernicious myth’? Is ethnicity really more valid?

Is it true that everyone across the world is equal and that social hierarchies are mythical, unjustified and evil?

Are policies of affirmative action/positive discrimination/diversity hiring based on solid evidence of racism, and do they lead to improved race relations, or to resentment from whites and poor performance from non-whites?

Is the slur ‘white supremacist’ a deliberate ploy to conflate all whites with Nazis and the Ku Klux Klan, and on the other hand an unintended acknowledgement that whites are on average superior in certain domains?

Why is it that such apparently awful racist countries continue to attract millions of Third World migrants who want the same levels of affluence, health, security and peace as Westerners?

Why is it that in spite of some ‘back to Africa’ sentiments (Garveyism etc.), vanishingly few Western blacks in fact go to live in Africa or the Caribbean, or attempt to help build successful African societies?

Is it true that Western interventions in other countries are always bad, except when civil wars, internal persecution and indigenous corruption and tribalism result in dire emergencies that demand humanitarian interventions by the West?

Is it true or false that IQ can be accurately measured by race and nation? How reliable are studies that find Ashkenazi Jews have on average the highest IQs, followed by north east Asians, white Europeans and Americans, southern Asians, blacks, and Australian aborigines? How can we reach a conclusive agreement on this, one way or the other? Is it really true that a ‘scientific racism’ exists, that it promotes hate and eugenics, and all academics who promote any such research should be fired and/or vilified? Why is there no Wikipedia entry for ‘race realism’? Are thoughtful defences of race realism themselves examples of scientific racism?

Why do Western blacks (in the media) have a higher profile in many sports, and certain genres of popular music and entertainment, than whites? Is this really due to other opportunities to excel being denied to them?

Is it true that Islam is a moderate religion or is it an intrinsically radical, medieval religion with violent features that aims to dominate the world?

Where are the lines between valid philosophical, theological and political criticisms of Islam, and ‘Islamophobia’?

Is the call to ‘decolonise the curriculum’ credible or merely a self-serving, selective tactic of rising ethnic minorities to gain more visibility and power? After all, if the genuine motive here is to reveal all human history across all cultures and times, we would have to teach numerous ancient horrors, superstitions, tribal wars, cannibalism, Roman and Islamic slavery, and every form of human violence, greed and hypocrisy; as well as the invention of the wheel, agriculture, medicine, and all modern technologies. Isn’t all education necessarily highly selective and quite localised? Who should make such decisions?

Is there any evidence of successful advanced societies run by blacks?

Is there any evidence of mass immigration into established affluent nations proceeding smoothly, or reasons to believe it can work out well? Given longstanding inter-tribal conflicts in many Third World countries, is the West not merely, and rather stupidly, importing further inter-tribal troubles into its own territories?

Is it true or not that immigrants from certain countries bring increased problems in health, employment, welfare dependency, crime, housing, education, etc.? Are these outweighed by any benefits?

Why, 150 years after slavery ended, and 50 years after civil rights were attained in the USA, and equal opportunities granted in the UK and elsewhere, are things apparently getting worse?

Why is it that successful middle-class blacks and Asians are often conservative and non-resentful about their place in society, while less successful BME people call them Uncle Toms?

Why are borders considered by some to be no longer legitimate? How can economic order and organisation of resources function without borders?

Is it true or not that most people – of all races, ethnicities and religions – prefer, mainly associate with, marry and defend their own kind?

Is it true or not that non-white immigrants have larger families, have children earlier, and are set to outnumber whites in the West within decades?

Why are discussions about optimal population levels taboo?

Is it true that most Western governments encourage or allow mass immigration, override the objections of the majority of their indigenous citizens, and cover up the extent of the social problems involved? If so, why?

At what point do Westerners have the right to limit immigration (by force if ultimately necessary) and reaffirm their own right to white ethnic and cultural integrity in their own lands?

Is it true that so-called national populism is a sign of a return to the fascism of the 1930s?

Is the current problematic multicultural scenario a sign of the terminal decline of Western civilisation? Is it too late to reduce or reverse the problem?

Are these legitimate and necessary questions for governments, academics and ordinary people, or are they intrinsically racist, Eurocentric and illegitimate?