Self-Mutilation, The Triumph Of Cultural Marxism 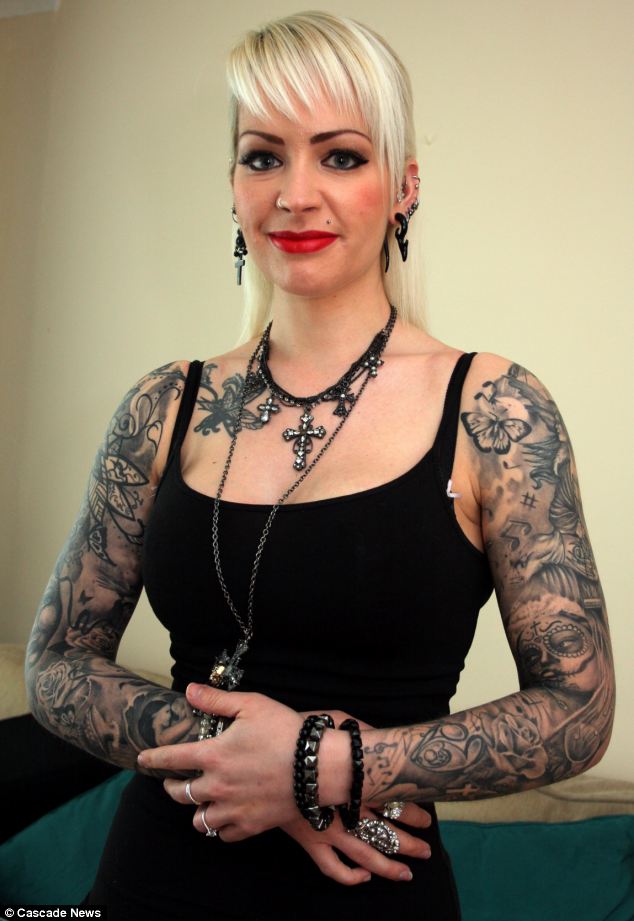 Leviticus 19:28: “You shall not make any cuttings in your flesh for the dead, nor tattoo any marks on you: I am the Lord.”

Many boomers are confounded by the epidemic of tattoos that has swept across the Western world in the past decade, claiming victims both young and old. Where once tattoos were the almost exclusive province of sailors, bikers and prison inmates, they have now laid claim to the necks, faces, torsos, legs and arms of the broader community. They are even seen on eyelids and groins. In fact there is apparently no body part that is safe from this scourge.

Is it simply a mark of fashion? A form of self-expression that attempts to announce one’s uniqueness while demonstrating quite the opposite—a slavish determination to conform? A gesture to earn the acceptance of the pack? A culturally sanctioned act of self-harm?

I think that self-mutilation is typically indicative of self-hatred. The fact that an entire generation has internalized the canon of Western self-loathing taught in secondary and post-secondary institutions and that this same generation has with few exceptions chosen to deface their bodies so comprehensively, is, IMO, no coincidence. When one contrasts their appearance with the refreshing spectacle of wholesome young women wearing hijabs, it becomes difficult to summon an overpowering enthusiasm for the cause of preserving Western Civilization. It seems that the Western civilization that we want to preserve no longer exists.

All western countries it seems have fallen victim to this tattoo craze, and the spectacle as depressing as it shocking. As a long time Australian friend of mine recently wrote:

Self-mutilation, as I too call it, is a great grief to me…

Simply, I don’t fathom it. I must be a different species. Here it is almost across the board, and respectable looking men are mutilated. As for women, shudder; I would make tattooing a female a capital crime. When we were in Denmark in 2014, I thought it worse, but we have caught up. I even see both sexes (yes, only two) in late middle age with tattoos, which must be a moronic surrender to fashion at a supposedly sane age. I despise them the most…

An extension of the theme, and an aspect of the syndrome of worship of the ugly (think hair styles, architecture, there’s no art of course) is the ubiquitous graffiti that has defaced the whole world – western world anyway. Extreme in Europe, and terrible here, it stamps a nihilist, self-loathing, undisciplined and ungovernable brand on our living environment, demoralizing and defeating any sane citizens left. Authorities not only do nothing, it does not seem to occur to them that it is a problem. Indeed, the Melbourne council has made defeat victory by rebadging vandalism as “street art” which is to be celebrated, along with moral vandalism. Dear oh dear, to think we have lived to see this.

These current fashions of dress and appearance that younger generations have embraced are no doubt a reflection of a much deeper malaise, rooted I think, in the downfall of male breadwinners. Caught in a pincer between the outsourcing of good, well paid jobs and the massive ‘in-sourcing’ of cheap foreign labour, men lost their stature as reliable providers, and the self-esteem that came with it. Hence their alarming rates of suicide and substance abuse. The statistical reality is that women feel very much less inclined to marry men of little or lesser means, and the welfare state has stepped in to make single motherhood financially viable. As they say in Sweden, women are married to the state. It’s a saying that could equally apply to America’s urban black community, and—as Charles Murray observed—working class whites as well, especially in the Rust Belt and the rural Red Counties of flyover states.

Coupled with this transformative economic collapse is the relentless messaging from TV commercials, sitcoms, movies, intersectional politics and aggressive feminism that fathers are unnecessary and white men are ‘privileged’ and deserving of relegation . No wonder so many young men have affected feminine mannerisms and modes of ‘thinking’ and virtue-signaling transparently designed to better ingratiate themselves to women. Conclusive testimony to the fact that the male quest for status and sex appeal is immutable. In a seller’s market, women have the upper hand. The ironic fact is, however, that on a subconscious level, even hard core feminists are repelled by these spineless creatures.

Perhaps their Islamophilia and advocacy of migrant rights conceals a secret wish to be roughly manhandled and shafted by domineering brown men. That may account for the boom in Female Sex Tourism. Maybe a two week vacation in Malmo or Brussels would suffice to get it out of their system. Or a taxi ride in Edmonton.