Our CBC Celebrates The Replacement Of Whites By Foreign Immigrants 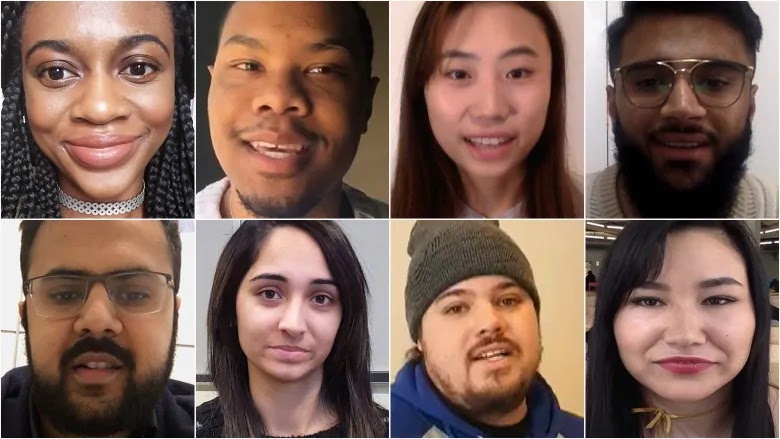 Canada’s CBC is probably one of the most quisling government institutions in Canada. Here is why:

(1) Our CBC has perverted the motives of its nationalist founders. The CBC was founded in the 1920’s to counteract the cultural influence of large American radio stations which were broadcasting their programming into Canada. The CBC’s founders believed that Canada had to fight back against the culturally-colonizing influence of the U.S. In the founders view, if Canada did not fight back, Canada would be overwhelmed and its heritage from its French and UK founders would be erased and replaced by that of the U.S. Today, Canada faces re-colonization and being culturally overwhelmed by recent immigrant groups such as the Sikhs, Chinese and Muslims. However, instead of resisting, our CBC has sided with the interests of these ethnic groups — even when those ethnic interests are dramatically opposed to the interests of Canada’s majority population.

Many CBC programs are preceded by theme music. To most Canadians, the appropriate sounds that should precede all immigration-related CBC interviews should be the sound of CBC tongues on the boots of Canada’s immigration lobby (IMMIGRATION LOBBY = Canada’s ethnic groups who want to increase their numbers, corrupt immigration lawyers, sleazy immigration consultants and immigration advocate hacks). This sound would help immeasurably to warn Canadians that CBC ‘s hatred for white Canadians and groveling in front of foreign immigrants is coming.

(2) Our CBC has followed a policy of suppressing all criticism of immigration. The problem is that it is clear that relentless immigration has recently caused A CANADIAN SOCIAL CATASTROPHE. HOUSING UNAFFORDABILITY, especially in Metro Vancouver, but also in Southern Ontario, is rampant.  An echo effect in house prices and house rentals has happened all across Canada. If the CBC were a true journalistic organization and were to show the loyalty it owes to its Canadian funders, it would have featured many interviews with experts who have argued that the obvious solution to housing unaffordability is a dramatic cut in immigration and corrupt Chinese real estate speculators. However, when it looks for comments, the CBC always goes to the real estate industry and the immigration lobby. The total time that the CBC allots to those who advocate reductions in immigration is almost zero.

The logical question is the following: Would CBC go to Hell’s Angels if it wanted comments on new drug policy for Canada. The reality is that Canada’s real estate industry and its immigration lobby are the equivalent of Hell’s Angels. They and Canada’s political class are Canada’s organized crime/ slime. Years ago, CBC administrators decided to suppress criticism of immigration. They instituted a policy that has replaced the original nationalist cultural protectionism of its founders with a quisling anti-nationalist agenda whose purpose is to marginalize Canada’s majority population and to advance the interests of minority groups such as the Sikhs, Chinese, Muslims and others. CBC policy reeks of betrayal.

(3) With ample justification, we would argue that the CBC’s betrayal of Canada’s majority population amounts to criminal behaviour. At the very least, CBC suppression of the truth has withheld information that could have substantially mitigated the injury done to Canada’s majority population. This sin of omission has severely damaged and even destroyed the lives of hundreds of thousands of people in Canada’s majority population. Those who severely damage or destroy the lives of Canadians have to be held accountable. At the very least, CBC administrators, reporters and hosts should be thrown out of all CBC buildings. Since all of them they are guilty of criminal behaviour and have benefited financially through their criminal behaviour, those administrators, hosts and reporters should have their housing expropriated. It would be poetically just if the housing they now occupy is turned over to Canada’s homeless and CBC employees are booted into our streets .

(4) CBC policy has encouraged the unjustified hiring and promotion of visible minorities (both those born here or those recently arrived). A few years ago, it appointed a Chinese (Andrew Chang) and a Trinidad East Indian (Ian Hanomansing) to be the major anchors of the CBC’s nightly news program, “The National”. These two were hired solely because of their race and their gleeful compliance with CBC administration policy. They have minimal insight into Canada. They have been hired to present the so-called “NEW NORMAL” to Canadians. The CBC message to Canadians is blunt : “Huge numbers of recent Chinese and East Indian immigrants are inevitable. Shut up and take them.”

The evidence: Recently, Hanomansingh proclaimed the 50th anniversary of a turban-wearing Sikh’s entry into the RCMP. According to Hanomansingh and many Sikhs, this was a great victory for Sikhs who have long claimed they have an obligation to wear a turban. Hanomansingh said nothing about the fact that according to scholar Bikran Lamba, there is no requirement in the Sikh Holy Book that male Sikhs wear a turban. In other words, Sikh claims that they are required to wear a turban is one of the biggest hoaxes perpetrated on Canada. A Sikh female teacher who lived in Quebec has just taken the turban issue to an even crazier level. She claimed that recent Quebec legislation against the wearing of religious symbols would prevent her from wearing a turban in Quebec, so she had to move !! She now has a teaching job in Surrey, the B.C. municipality that claims to have hundreds of thousands of Sikhs. Similarly, Chang recently claimed that school mates at elementary and secondary school made fun of the odour of his Chinese lunches. In this petty example, Chang virtually implied that this mockery had severely damaged his psyche and that his appointment to the role of CBC News anchor was appropriate compensation !!.

A third host of “The National” is female Adrienne Arsenault, an apparent apostate from Christianity. In her reporting on residential schools in the past year, she mined the country for dirt on Canada’s Christian churches–all with the purpose of demonizing Christianity. She conveniently ignored the sexual abuse that older First Nations boys had inflicted on younger First Nations boys. Instead, she blamed Christian priests. She and other CBC employees go one step further: they imply that Islam is superior to Christianity and should replace Christianity. The fourth host, Rosemary Barton is a sociable sort, but she is on The National mostly because she likes to blab. To her and all CBC employees , it is much more important to parrot the idiocy of Trudeau’s “Diversity is our strength” slogan and Trudeau’s “Post National Canada” policies than to provide meaningful insight into current events for Canadians.

It may be almost statistically impossible for such a large employer as the CBC to have complete unanimity of thought, but the CBC is so perverted that it may be a statistical exception. The truth is that the next time Trudeau and the CBC are down on their knees performing their degraded boot-licking, they should pause for a few minutes to look up at the faces of Canada’s ethnic degraders on whom they are performing. Why? The degraders regard the CBC, our political class and Trudeau as fools.